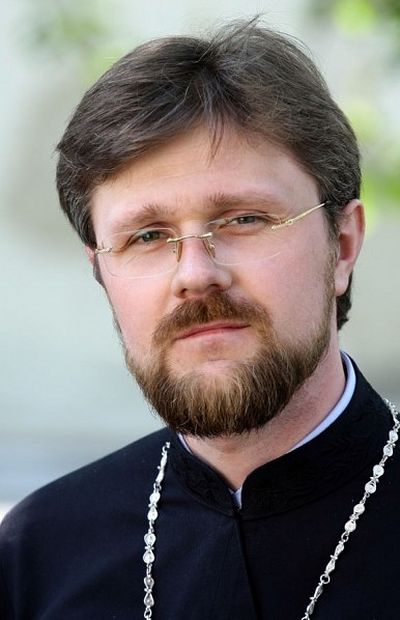 The question of the creation of a unified Ukrainian Orthodox Church, and the related question of autocephaly for the schismatic “Kiev Patriarchate” (UOC-KP) have been constant themes in the religious and political turmoil in the nation over the past few years. According to the fake “Patriarch” Philaret, the unification process has already begun, as he told the site Apostrophe in a recent interview.

However, this is completely contradicted from sources in the canonical Ukrainian Orthodox Church, which is autonomous under the Moscow Patriarchate (UOC-MP).

“The process of unification has already begun. Many faithful of the Moscow Patriarchate have already come over to the Kiev Patriarchate. Why have they moved? Because they see that the Kiev Patriarchate is a truly Ukrainian Church, which protects the Ukrainian state, the Ukrainian people, and Ukrainian interests. Therefore there is bound to be one Church,” stated Philaret, giving voice to the nationalistic foundation of his congregation, characterizing the leaving of one jurisdiction for another as a manifestation of unity.

The theme of one Local Ukrainian Church has also found favor amongst Ukrainian politicians, including former presidents Leonid Kravchuk and Viktor Yushchenko who met with Ecumenical Patriarch Bartholomew to discuss the issue in 2015. Another such trip occurred in August 2016, bearing the Ukrainian parliament’s appeal to His All-Holiness for the granting of autocephaly. Current president Petro Poroshenko has also made this a constant theme in his speeches.

According to Viktor Yelensky, the Deputy Head of the Committee on Culture and Spirituality, Patriarch Bartholomew “does not accept the position of the Moscow Patriarchate, which considers it an internal affair.”

At the same time, Archpriest Nikolai Danilevich of the UOC-MP’s Department for External Affairs, has stated that there is no such movement for unification, nor for the autocephaly of the UOC-KP.

“To our great regret, there is neither an official nor unofficial movement towards unification,” said Fr. Nikolai. “There was some movement towards dialogue before the start of the Maidan and before the start of the war in Eastern Ukraine. Then the Kiev Patriarchate behaved relatively decently, and no particular conflicts arose with them, and therefore it was possible to begin looking for a path to overcoming the schism which arose in 1992. However, over the last two years the relationship between us has taken a great blow.”

Fr. Nikolai stressed that the representatives of the “Kiev Patriarchate” are the cause of the interruption of the dialogue.

“First, they completely ruined the relationship with our Church, without which they won’t be able to receive canonical status,” stated the department head. “Seizures of parishes of our Church by UOC-KP proponents, aggressive rhetoric, lobbying by them in Parliament for the law on the ‘change of jurisdictions’ aimed against our Church, and the renaming of the UOC as the ‘Russian Orthodox Church in Ukraine,’—all of this has utterly spoiled our relationship,” Fr. Nikolai continued.

As long as secular and political language is used regarding the Ukrainian ecclesiastical situation, according to Fr. Nikolai, “no recognition either from Constantinople or other Orthodox Churches can be considered. Thus, Philaret’s talks about how ‘the process of unification has already begun,’ do not correspond to reality. It is an attempt, in my view, to put a good face on the matter.” 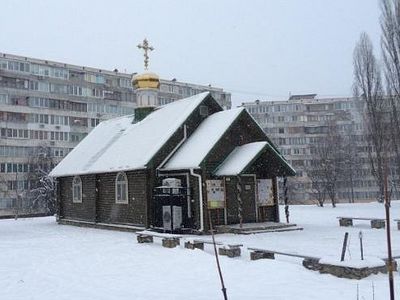 Kiev church miraculously saved from fire rector believes
“We regard the arsonists’ failure as a miracle shown to us by the Mother of God,” stated parish rector Fr. John Tronko. 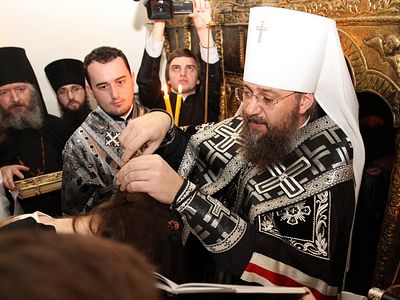 200 new monastics, 3 new monasteries in UOC in 2016
The number of parishes and bishops also grew in the previous year. 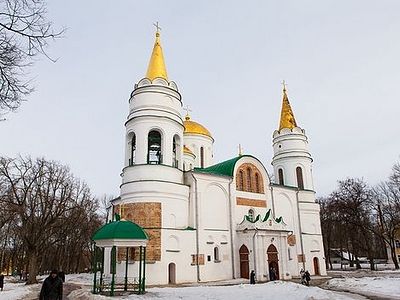 Dean of cathedral is beaten up in Chernigov, a deputy of district council was involved in attack

Dean of cathedral is beaten up in Chernigov, a deputy of district council was involved in attack
An attack on the dean of the Holy Transfiguration Cathedral in the city of Chernigov, Ukraine Archpriest George Shcherbatyuk took place on the evening of January 31. One of the attackers has been identified: it was deputy of the Desniansky district council Yunis Askerov.
Комментарии