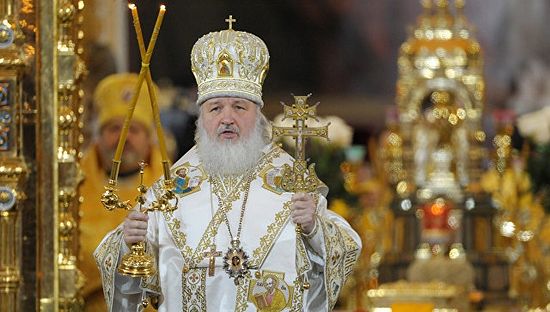 The Russian Orthodox Church is celebrating today, Wednesday, February 1 the eighth anniversary of the accession of Patriarch Kirill to the primatial throne.

Following the December 5, 2008 passing of the beloved Patriarch Alexey II, the Holy Synod elected Metropolitan Kirill of Smolensk and Kaliningrad as Locum Tenens of the patriarchal throne, and as the sixth Patriarch of Moscow on January 27, 2009, with his enthronement following on February 1.

Per tradition, Patriarch Kirill served the Divine Liturgy today in Moscow’s Christ the Savior Cathedral in celebration of his enthronement, with numerous hierarchs and clergy concelebrating. The ceremony of greeting the first hierarch follows the Divine Liturgy, during which developments in Church life under the patriarch are typically addressed, as well as hopes and plans for the future.

Patriarch Kirill has spearheaded a number of initiatives finding support in the Russian Orthodox Church, notable among them a change in the system of diocesan administration, reports RIA-Novosti.

There are currently 59 metropolinates, 296 dioceses, and two metropolitan districts in Kazakhstan and Central Asia, with a total of 366 bishops serving in the Russian Church. By comparison, in 2009 there were 159 dioceses. “The decision of the Holy Synod” to create more dioceses “was aimed at bringing the hierarchs closer to parish life, the clergy, and people,” reads a patriarchate press release.

Patriarch Kirill (in the world Vladimir Mikhailovich Gundyaev) was born on November 20, 1946 in Leningrad into a priest family. He was tonsured as a monk in 1969 with the name Kirill. He graduated from the Leningrad Theological Academy with honors, was appointed Chairman of the Department for External Church Relations in 1989 and elevated to the rank of metropolitan in 1991. 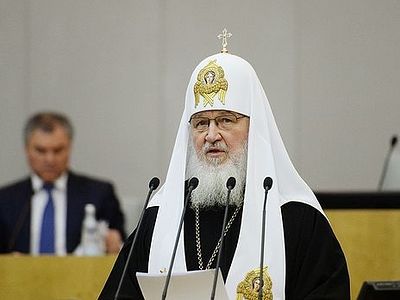 Patriarch Kirill confronts Duma on corruption, abortion
“Perhaps one of the most serious temptations of government service on any level is corruption,” the patriarch said, opening 2017’s Nativity Parliamentary Meetings. 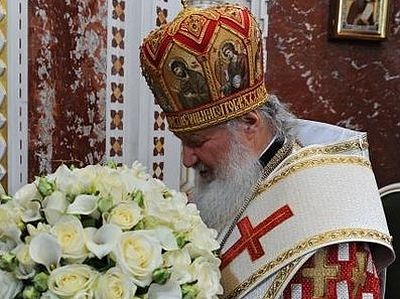 Patriarch Kirill asks priests not to give flowers for jubilee, but to help hospital

Patriarch Kirill asks priests not to give flowers for jubilee, but to help hospital
“Important equipment for the St. Alexei Hospital will be bought with this money,” said the chairman of the Synodal Department for Church Charity and Social Services, Bishop Panteleimon of Orekhovo-Zuevsk. 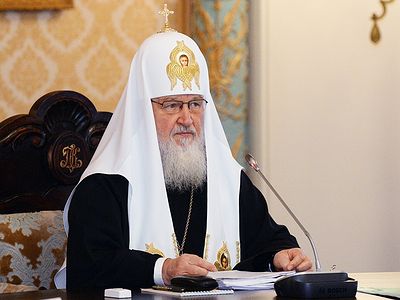 A Word from the Patriarch

A Word from the Patriarch
The undermining of peoples’ moral foundation that we are witnessing now may lead to the dehumanization of the world. It is no coincidence that futurologists now raise the “post-human” theme more often, while “transhumanism”—a concept of nearly overcoming human nature and the appearance of a new class of rational beings—is becoming more and more popular.
Комментарии