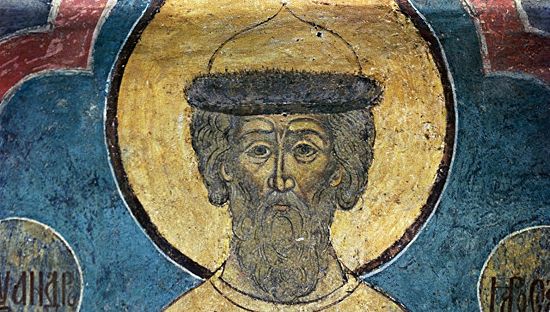 His Holiness Patriarch Kirill of Moscow and All Russia and Minister of Culture Vladimir Medinsky will participate in an upcoming meeting at Christ the Savior Cathedra’s hall of Church councils dedicated to preparing the events surrounding the 800th anniversary of the birth of the Holy Prince St. Alexander Nevsky, which will be celebrated in 2021.

According to RIA-Novosti, the session will also be attended by the Chairman of the Board of Trustees of the St. Andrew Foundation and the Center for National Glory Vladimir Yakunin, the rector of the Moscow State Conservatory Alexander Sokolov, rector of the Moscow Architectural Institute Dmitry Shvidkovskii, and the president’s assistant Andrei Fursenko.

“The Church attaches special importance to the person of Alexander Nevsky as an historical figure and as a saint of the Russian Church, and one of the most beloved and revered amongst our people. The celebration of his jubilee, the preparations for which have already begun, will undoubtedly be a very important milestone for both the state and Church in the formation of the national consciousness of our compatriots,” stated the patriarch’s press secretary Fr. Alexander Volkov.

Since December 2006 the Moscow Patriarchate and St. Andrew’s Foundation have ran the “Alexander Nevsky” program, which has brought the holy prince’s relics to cities of Russia, Latvia, Belarus, the Czech Republic and Slovakia, built temples in his honor, and arranged “Alexander Days” in many regions throughout Russia.

Prince Alexander Yaroslavovich was born in 1221, and at different times of his life bore the titles Prince of Novgorod, Prince of Kiev, and later Grand Prince of Vladimir. His major military victory was won in his youth. He later became more famous as a politician and diplomat.

St. Alexander was canonized by the Church as a Right-Believing monarch, glorified for his righteous life, but not becoming a martyr or passion-bearer. The Grand Prince spread Christianity in the northern lands of Pomerania and in the Golden Horde, and received the monastic schema before he died. His veneration began immediately after his death, and in 1724 his relics were festively relocated to St. Petersburg, to the St. Alexander Nevsky Lavra, by order of Tsar Peter I. 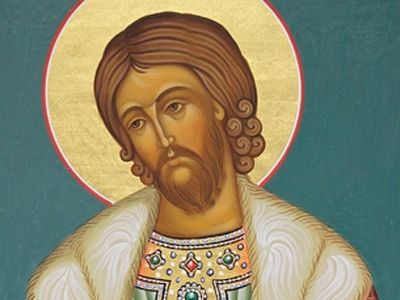 St. Alexander Nevsky, Russia’s Knight in Shining Armor
Commemorated November 23/December 6 and August 30/September 12
St. Alexander Nevsky was Russia’s “knight in shining armor.” His reputation as a man of exceptional valor and surpassing virtue inspired a visit by a German commander who told his people when he returned: “I went through many countries and saw many people, but I have never met such a king among kings, nor such a prince among princes.”
Комментарии
×