Updating earlier report on Senior Master Sergeant Phillip Monk, a Christian serving in the Air Force whose unit is now commanded by a lesbian: according to Monk’s complaint filed with his superiors, he was relieved of duty for refusing his commander’s order to say he supports gay marriage. 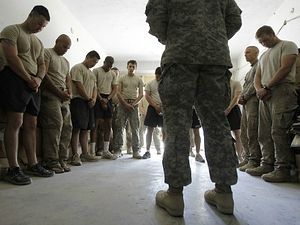 On Aug. 27, an Air Force investigator met with Monk and his attorney, Mike Berry from Liberty Institute. Berry expected it to be a routine meeting to take a statement from his client, but during the meeting the investigator said that he would read Monk his Miranda rights.

Monk was advised that he is being investigated for committing a crime by the U.S. military for making a false official statement, that he has the right to remain silent, and that he has the right to an attorney. The Air Force then assigned military defense counsel to him and is deciding whether to formally charge him with a crime, at which point Monk would either have to admit guilt and accept further punishment or face a court martial.

Monk is being investigated and might be formally charged for violating Article 107 of the Uniform Code of Military Justice (UCMJ), which makes it a crime to make a false official statement. But Monk’s explaining his situation to the media is not an official statement.

More than that, another element of this alleged crime is that Monk must be making a statement he knows is false or that he reasonably should know is false. All Monk is saying is that he believes he’s being punished because of his traditional Christian beliefs.

Monk explained in a statement to Breitbart News, “I immediately got the sense that this was a retaliation against me for coming forward with my religious discrimination complaint.”

Berry told Breitbart News by phone that the allegation being made against Monk is “a court-martial offense in the military. Monk was disheartened by what he believes is a retaliatory and vindictive act by his commander.”

Retired Lt. Gen. Jerry Boykin is the executive vice president of the Family Research Council, which recently published a report on how troops’ religious liberty is being infringed upon under the Obama administration and is a leader of a new coalition, Restore Military Religious Freedom.

We now see what is happening to Christians under President Obama and Defense Secretary Chuck Hagel. This appears to be an intimidation tactic to send a message to other Christians in the military that you better not speak up when we violate your religious liberty. A statement to the media is not an official statement, so it’s absurd to consider charging him with this crime. The Obama-Hagel military leadership is not officially court-martialing Christians for sharing the gospel of Jesus Christ, but you will be punished and might even face a court martial if you stand by the principles of your Christian faith when you are serving in uniform.

A court martial is a criminal prosecution in the military. Depending on the crime, punishments can range from reduction in rank and withholding pay to dishonorable discharge from the military or even imprisonment.

Boykin said FRC and the coalition is collecting signatures for a petition to the secretary of the Air Force, calling upon him not to punish Sergeant Monk for refusing to compromise his Christian beliefs. 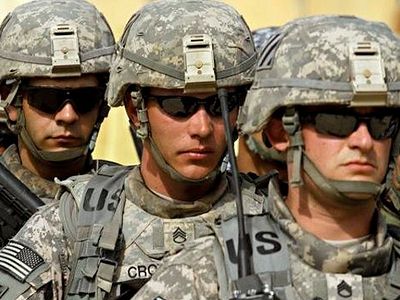 U.S. military ‘hostile’ to Christians under Obama; morale, retention devastated
Christians are leaving the U.S. military or are discouraged from joining in the first place because of a “hostile work environment” that doesn’t let them express their beliefs openly, religious freedom advocates say.

City Threatens to Arrest Ministers Who Refuse to Perform Same-Sex Weddings
Two Christian ministers who own an Idaho wedding chapel were told they had to either perform same-sex weddings or face jail time and up to $1,000 in fines, according to a lawsuit filed Friday in federal court. 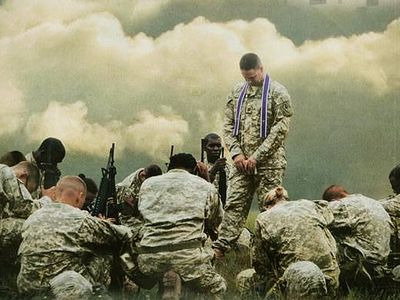 'Get in line’ or ‘resign’ Admiral tells military chaplain

'Get in line’ or ‘resign’ Admiral tells military chaplain
Although the U.S. Military fight and die to uphold freedom, high-level military chaplains report they are increasingly being denied freedom of conscience and freedom of speech. There is also alarm about the negative effects on troop morale over the undoing of the 237-years’ practice of providing traditional religious support for U.S. soldiers.