Martyr Gordius at Caesarea, in Cappadocia 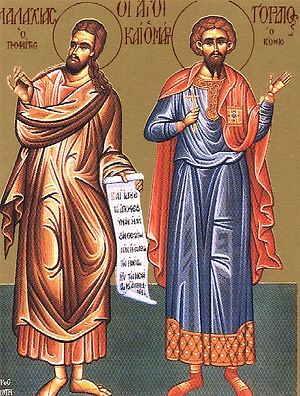 The Martyr Gordius was born at the end of the third century in the city of Caesarea of Cappadocia into a Christian family. When he came of age, he entered military service. Because of his valor and military skill, he was made a centurion. During the persecution of Christians at the beginning of the fourth century, he left the world and settled in the Sinai desert to prepare himself for the good deed of confessing the Name of Christ the Savior.

In the year 320, Gordius openly appeared before the prefect of a city where pagan games were being held, and identified himself as a Christian. He was arrested, suffered terrible torments, then was beheaded.

Your holy martyr Gordius, O Lord, / through his suffering has received an incorruptible crown from You, our God. / For having Your strength, he laid low low his adversaries, / and shattered the powerless boldness of demons. / Through his intercessions, save our souls!

Podoben: “The universe offers You...” / Holy Gordius, the earth has received the sweat of your labors; / the blood you shed has made the universe rejoice. / Save by your prayers those who sing of your glory in faith, / fittingly honoring you, divine and glorious martyr, worthy of all praise. 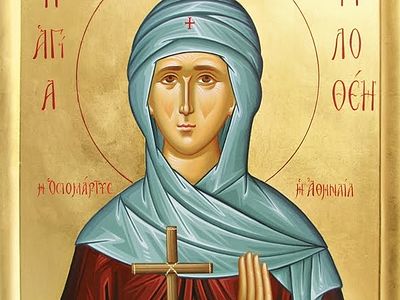 Saint Philothei: 16th Century Martyr, 21st Century Role Model
St. Philothei's life was not only inwardly holy, however; her actions followed Christ's words, again from the Gospel of John: "By this all will know that you are My disciples, if you have love for one another" . 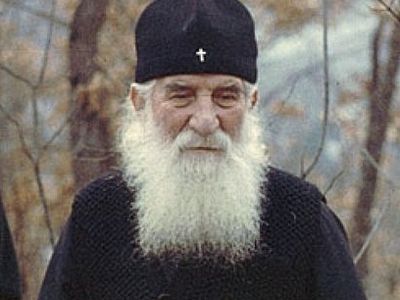 Homily on the Feast of the Beheading of St John, the Glorious Prophet, Forerunner and Baptist of the Lord
St. Justin Popovich

Homily on the Feast of the Beheading of St John, the Glorious Prophet, Forerunner and Baptist of the Lord
St. Justin Popovic
What is this? Could it be that this world has become a madhouse? People do not want God, they do not want the greatest Righteous One in the whole world. Whom do you want? Whom would you prefer? Whom would you set in Christ’s stead? With whom would you replace St. John the Baptist? With yourselves?! О moth! О, tiny mortal insects! Yes, when people become maddened by pride, when out of egotistical pride they lose their reason, they have no need of God, they have no need of God’s Truth. They declare themselves to be gods. They present their petty, shallow, false likeness of truth as the great and salvific Truth. 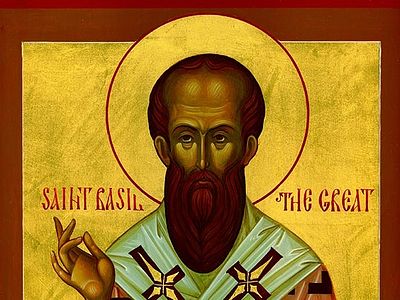 St. Basil the Great, Archbishop of Cæsarea in Cappadocia

St. Basil the Great, Archbishop of Cæsarea in Cappadocia
Saint Basil the Great, Archbishop of Caesarea in Cappadocia, “belongs not to the Church of Caesarea alone, nor merely to his own time, nor was he of benefit only to his own kinsmen, but rather to all lands and cities worldwide, and to all people he brought and still brings benefit, and for Christians he always was and will be a most salvific teacher.” Thus spoke St Basil’s contemporary, St Amphilochius, Bishop of Iconium.