What to Give to the One who Made Everything? 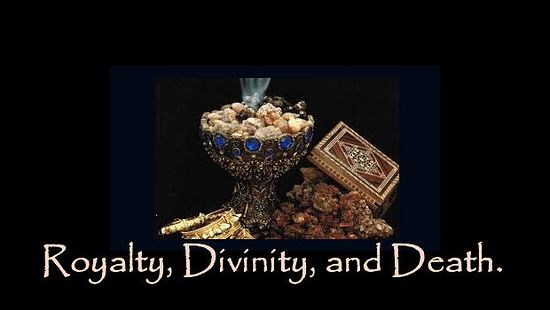 So here is a twist on the usual question: what do you get for that someone who *made* everything? I confess to you, dear reader, that the question comes a bit crassly off my fingertips. But the truth is, here we are, at the inauguration of the Christmas feast—which continues through December 31 in Orthodox Christianity—and while we are hauling bags of wrapping paper and boxes to the curb (not the tree yet, please—we’ve just begun to celebrate!), have we contemplated the gifts brought to the Lord Jesus Christ by the Magi? Is the wider world made any more aware of the cosmic significance of this feast—and how it touches every man, woman and child on the planet earth? 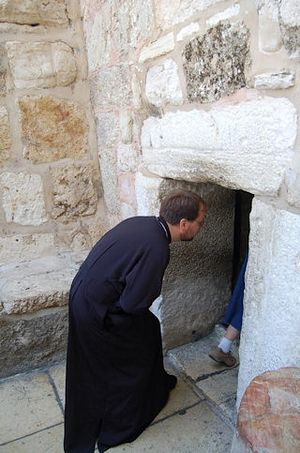 Fr Marcus Burch, pastor of St John of the Ladder Orthodox Church, Greenville, SC, entering the shortened door
The Persians (Modern Day Iranians) have an intriguing role in the Nativity of Christ and the subsequent history of the Church of the Nativity. This church in Bethlehem—constructed originally in the 4th century by St Helen, the mother of the Emperor St Constantine, over the cave in which Jesus Christ was born—was rebuilt in the 530s by the Emperor Justinian. It is the most ancient church still standing in the Holy Land. While the other churches were captured, ransacked, damaged, and/or destroyed during Persian and later Islamic conquests, the Bethlehem Church was spared by the Persians. Crouching under the low, 4-foot tall door (the original door was massive—the outline of which one can see in the stone walls—but was lowered to keep invaders from parading into the church on horseback) and into the church one sees why: mosaics of the Magi. The Persians saw their relatives memorialized in glass tesserae on the walls of the church, and spared the building. That was circa 614 AD.

At the time of the birth of Christ, according to the Scriptures, a star appeared in the East, indicating to these Persian star-gazers that a new king was to be born. So they followed it to worship him. While biblically the number of Magi is not given, our tradition teaches us that there were at least three—for the number of their gifts—and their names were Gaspar, Melchior, and Balthasar. They came bearing gifts, but what does one bring him who made everything? Gold, frankincense, and myrrh. 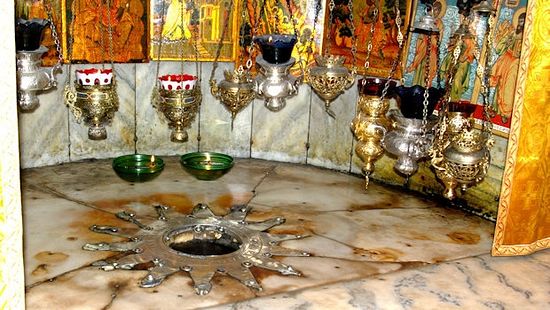 The 14-pointed Silver star is a reminder of both the star of Bethlehem, and the triple-14 person genealogy in St Matthew’s Gospel.


John Hopkins Jr’s well known carol, “We Three Kings” narrates the giving of the gifts in first person. “Born a King on Bethlehem’s plain, gold I bring to crown him again, King forever, ceasing never, over us all to reign.” “Frankincense to offer have I; incense owns a Deity nigh; prayer and praising, voices raising, worshiping God on high.” “Myrrh is mine; its bitter perfume breathes a life of gathering gloom; sorrowing, sighing, bleeding, dying, sealed in the stone-cold tomb.” The gifts were given precisely to indicate who Jesus Christ, Immanuel—“God With Us”—was and is and shall be.

Gold was given as a regal gift. It is the sign of Jesus’ kingship. Later, we would all come to realize that his Kingdom is not an earthly one, located in a geographical promised land, but that he came to rule over a fallen-but-restored-through-him re-creation, or re-capitulation of the Cosmos.

Frankincense was offered for his divinity. Early Christians often refused to pinch a bit of incense onto the charcoal for the Emperor—thereby rejecting imperial claims to divinity, and were martyred as a result. Incense is only offered to God—the main reason why we still offer it to him in every single church service, following Psalm 140/141: “Let my prayer arise in thy sight as incense, and the lifting up of my hands as the evening sacrifice.”

Myrrh was placed at his feet to foreshadow his death on the Cross for the life of the world. Whereas every single person on the planet earth was created in order to live—the gift of God—only Jesus was born to die. And there is great and providential irony in this: we mortals were born to live and move and have our being without ceasing, but the Pre-eternal, ever-existing Word of God—he who hung the earth upon the waters—was born to hang on the cross! And following his death-by-crucifixion, he was taken down from this Tree of Life, and his body was wrapped in swaddling clothes once again, and anointed for burial with the fragrant myrrh, as was brought to him at his birth. Oh divine redemption!

Royalty, divinity, and death. These were the gifts offered as signs of the essence of Jesus Christ. As we celebrate the feast, adoring him, let us also enflesh the call of this ancient hymn and prayer:

Increase in us the talent of good deeds, that we may offer Thee fitting gifts: instead of gold, myrrh, and frankincense, we offer the service of loving hearts, praising the Giver of all good gifts who has come to be born of the virgin and child of God.

In the Ancient Christian Tradition we greet one another with a call and response: 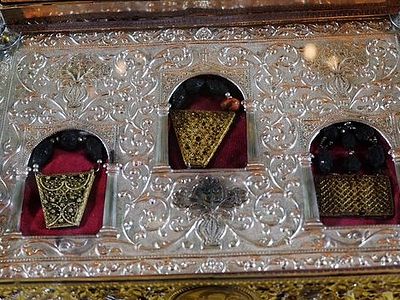 585,000 believers venerate Gifts of the Magi in Russia over 10 days
Over half a million believers have venerated the Gifts of the Magi, which were brought to Russia from Holy Mount Athos, reported St. Basil the Great Foundation's president Konstantin Malofeyev to journalists in St. Petersburg on Friday 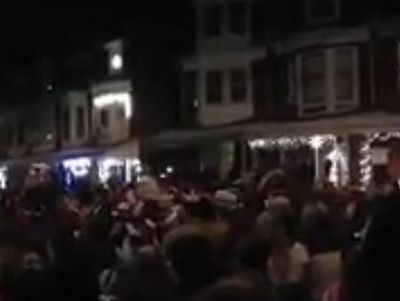