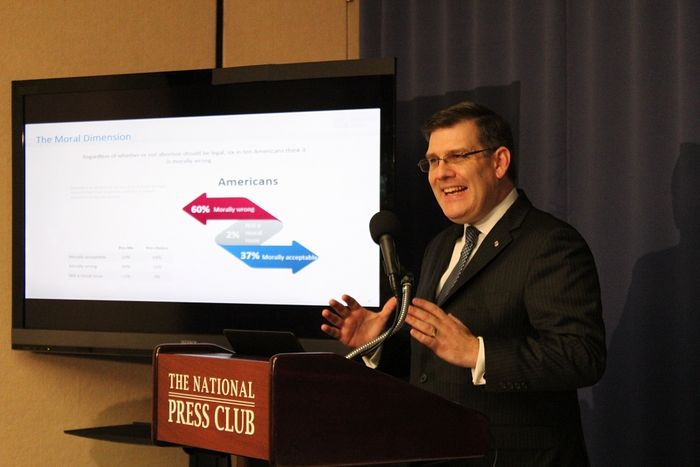 Andrew Walther, Knights of Columbus vice president of communications and strategic planning, speaks at a press conference at the National Press Club in Washington, D.C. to introduce the Marist Poll's 2016 "Abortion in America" survey on Jan. 19, 2016.

A new Marist Poll released Tuesday finds that an overwhelming majority of Americans support implementing tougher restrictions for abortions, including more than six out of 10 pro-choice individuals who favor banning abortions after 20 weeks of pregnancy.

Commissioned by the Catholic fraternal organization Knights of Columbus, Marist conducted its annual phone survey gauging the public's attitudes toward abortion and legislation seeking to restrict access to abortion in the United States in November 2015.

Although the media likes to portray the narrative that America is about split in half on abortion when it comes to pro-life versus pro-choice, the survey, which interviewed nearly 1,700 respondents nationwide, with an error margin of +/- 2.4 percentage points, suggests that there is a broad consensus in America that supports tougher abortions laws.

"What we have found each year [since 2008] is that the split over the labels masks a very real consensus — a consensus of Americans who favor substantial restrictions on abortion, a consensus who see abortion as morally wrong and ultimately harmful to women," said Patrick Kelly, Knights of Columbus vice president of public policy, introducing the poll at a Tuesday press conference attended by The Christian Post.

Overall, the survey finds that 81 percent of Americans agree that there should be significant restrictions and safeguards associated with abortion that include limiting abortions to the first three months of pregnancy, cases of rape or incest, or cases where the mother's life is in danger.

Additionally, 66 percent of those who self-identify as pro-choice agree with the idea that abortion should, at the most, be restricted to the first three months of pregnancy, in cases of rape and incest or cases where the mother is at risk.

"The real story is that since 2008, basically eight in 10 Americans, year in and year out, have supported substantial restrictions on abortion," Andrew Walther, Knights of Columbus vice president of communications and strategic planning, stated. "That number has been consistent and I think when you look at that, it is a much better metric in terms of where the American people are than simply labels like 'pro-life' and 'pro-choice.'

As over 77 percent of Americans believe that laws can exist that would both protect the health of the mother and life of the baby, about 71 percent of those who identified as pro-choice agreed with that statement.

"Contrary to the rhetoric and talking points that would have us believe that abortion restrictions are out of step with American opinion, the data tells us something quite different," Kelly asserted. "Americans want common sense legislation that limits abortion and they want it by wide margins."

While Planned Parenthood and other abortion providers continue to receive over $500 million in federal tax dollars every year, 68 percent of Americans oppose the use of public funds for abortion services. Fifty-one percent of those who identify as pro-choice also oppose public funding for abortion.

"We see that [abortion] can become characterized as a gender issue — men against women. What we find in this data is that regardless of gender, there is a consensus. We don't see that it is necessarily a male issue or a women's issue. What we see here is that it is really a family issue," Marist Poll Director Barbara Carvalho, explained. "People have a very complex understanding of what the issue is and have a very serious take on it regardless of the labels they use to describe themselves." 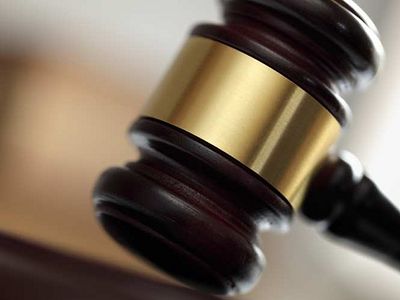 Dismemberment Abortion Ban Blocked by Oklahoma Judge Oklahoma's law banning second-trimester dismemberment abortions is unconstitutional, a judge has ruled. However, the judge allowed another pro-life law, instituting a 72-hour waiting period before a woman can abort her child, to stand. 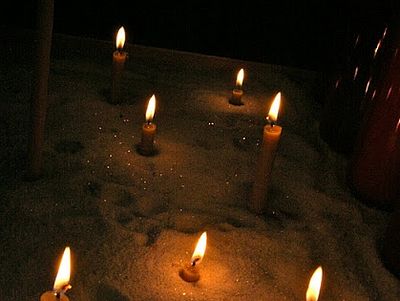 The Gift of Life Abboy Tryphon

The Gift of Life Abbot Tryphon "In so far as God’s perfection is beyond our understanding, by His grace and mercy we are called to theosis, the process of becoming like God. Theosis (deification) begins from the moment of our conception and continues until the very hour of our death. No one has the right to interfere in this process that was begun when God created us." 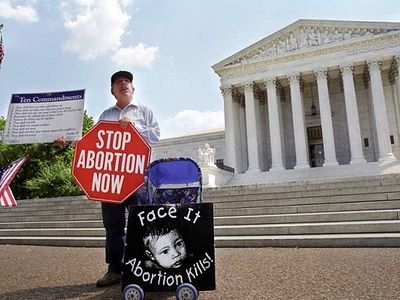 How the Supreme Court’s gay ‘marriage’ ruling is tied to abortion and contraception After the Supreme Court's ruling that same-sex “marriage” is a constitutionally guaranteed right, many Americans have asked, “How did we get here?” Last month's opinion tells us the road stretches back more than 50 years.
Комментарии