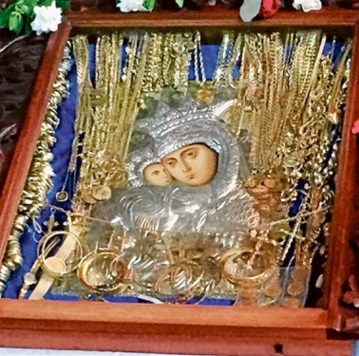 An image of the Virgin Mary stolen from the Greek Orthodox church, Red Hill, has been found.

CCTV footage shows them approaching a sealed glass box containing an icon of the Virgin Mary and gold jewellery.

After unsuccessfully trying to smash the glass, the thieves removed the case from the counter top, stealing the icon and assorted jewellery.

The case, Virgin Mary icon and other smaller pieces of jewellery were found, Thursday, on the side of White Hill Rd, Red Hill, not far from the church. 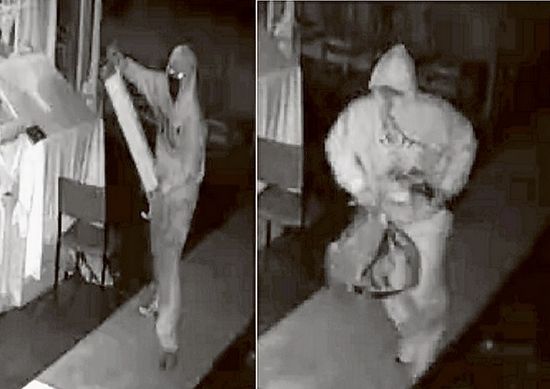 Caught in the act: Two men wearing hoodies or overalls are have been captured on CCTV raiding the Greek Orthodox church, Red Hill.

Police believe the items were dumped a few days before, but they say most of the jewellery stolen during the raid is still missing.

This is the second robbery at the church in 18 months.

In mid-2014, the glass covering the image was shattered by thieves who entered a side door on a Wednesday afternoon, but fled when The Rev Father Eleftherios Tatsis came into the church.

In that raid about $300,000 worth of gold chains, watches, coins and rings donated over almost 30 years, stolen. Much of the gold and jewellery lay scattered near the door as the thieves made their escape. The icon was left behind that time.

Anyone with information is asked to call Crime Stoppers, 1800 333 000, or to submit a confidential report at crimestoppersvic.com.au 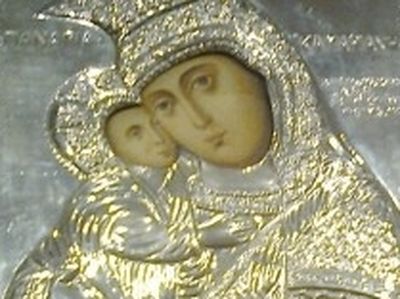 Golden Virgin Mary stolen as Red Hill church robbed for second time in 18 months About 18 months ago, the glass covering the image was shattered, and about $300,000 worth of gold chains, watches, coins and rings donated over almost 30 years were stolen. The icon was left behind. 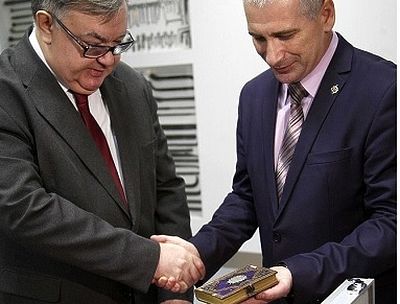 Stolen Diaries of Emperor Alexander III Recovered by Russian Police Paul Gilbert The 1864 diary contains daily handwritten entries by the future Russian emperor. On the last page, he wrote: "A Good Year." The other two volumes - dated 1888 and 1892 are calendars or day timers, with handwritten notes made by the emperor on each page. 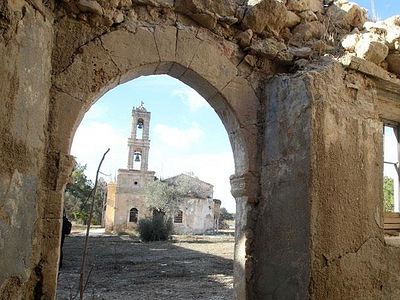 20,000 icons of Cyprus are in the hands of smugglers

20,000 icons of Cyprus are in the hands of smugglers In collaboration with international organizations, some of relics were returned.
Комментарии