Off The Beaten Trail: The Assumption and Annunciation Cathedrals of Moscow's Kremlin 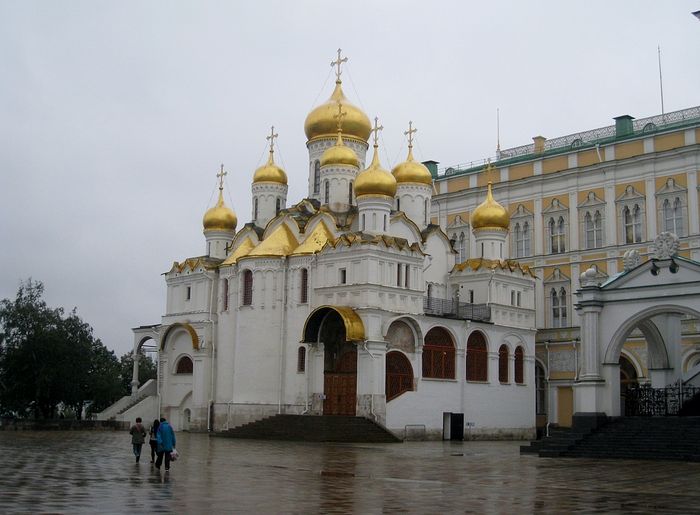 “I want to see the Byzantine civilization of the Moscow Kremlin,” I said to our scholarly tour guide. Our tour of the Dormition (Assumption) and Annunciation Cathedrals in Moscow’s Kremlin (Fortress) began. I was going back in time when Old Russia had strong ties with Byzantium, a multi-national, Greek civilization Empire that lasted over a thousand years. 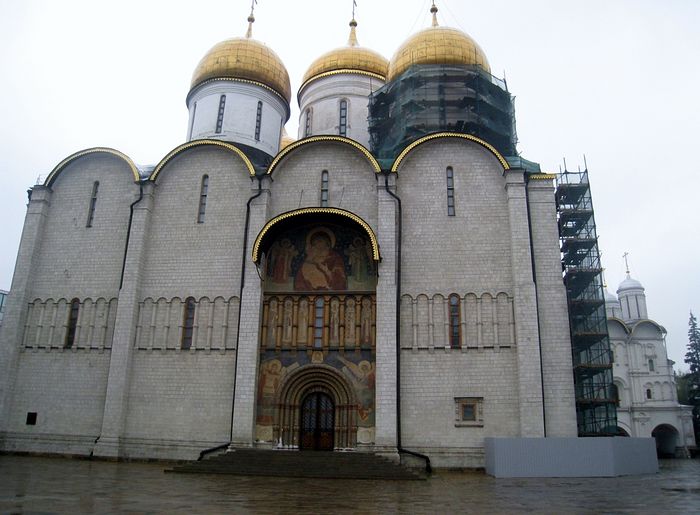 The Dormition Cathedral was built in 1326 by Ivan I. It is the main cathedral of the Tsardom of Russia. The Cathedral is the burial place of Moscow Metropolitans and Patriarchs. The guide book emphasized seeing the “Monomahk cap” displayed in the Armory. I hadn’t heard that name since my studies at Queens College in the early 1970’s.

The Cap of Monomachus (Monomahk) was used to crown all the Russian Tsars up to Peter the Great. The cap is of oriental workmanship of the late 13th to 14th century…There are several legends about the Cap of Monomachus. The Medieval Tale of the Princes of Vladimir says that Emperor Constantine Monomachus of Byzantium presented his grandson, Prince Vladimir of Kiev, with the crown from his head. This crown is said to have been worn and handed by the princes first of Kiev, then of Vladimir and finally of Moscow. Thus, the Cap of Monomachus symbolizes the continuity of power of the Moscow Tsars from the emperors of Byzantium…in the will of Tsar Ivan the Terrible, it idea of Moscow as the “Third Rome” was popular. There was a rule that the Cap of Monomachus should be worn once in a lifetime, during the coronation. The grandmother of Ivan the Terrible was Sophia Palaiologina, the niece of the last Byzantine Emperor Constantine XI Palaiologos.[1] The Southern gate, which is the main entrance of the Dormition Cathedral, was used for the Tsar’s procession. On top is the image of the “Holy Virgin of Vladimir,” in Byzantine style. 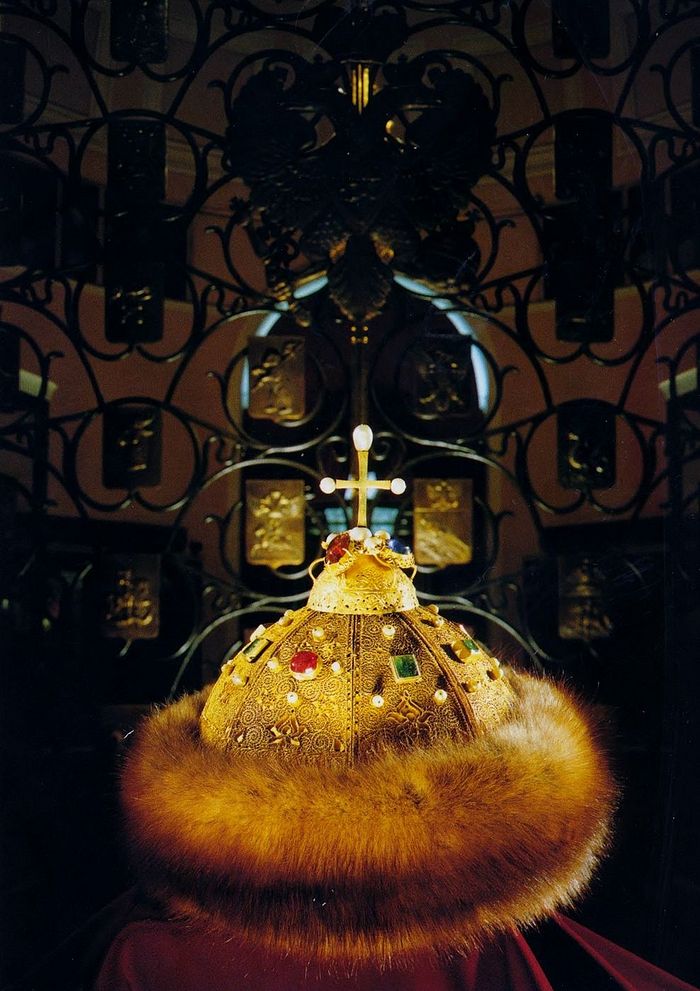 The iconostasis has icons from the 11st century. The main icon in the iconostasis (altar screen) is the Dormition of the Virgin, 1479. The image of the “Holy Virgin Eleusa” was brought from Novgorod at the end of the 15th century. The icon of “The Savior in a Golden Riza” from 1050 and overpainted in 1699 can be seen to the right of the Royal doors. “St. George,” the oldest icon, was painted at the end of the 11th century, coming from Novgorod. St. George is depicted as the ideal warrior and defender. The “Trinity “icon was created in the middle of the 14th century for the first Dormition Church. The icon of “Saint Peter and Saint Paul,” created by an unknown Greek painter, shows St. Peter with a scroll and the keys to heaven and St. Paul with the Gospel. All these icons are not available to the average person in the West. Conquest and destruction of records and art of the Byzantine Empire leaves us with a deep sorrow of not being able to trace our roots. 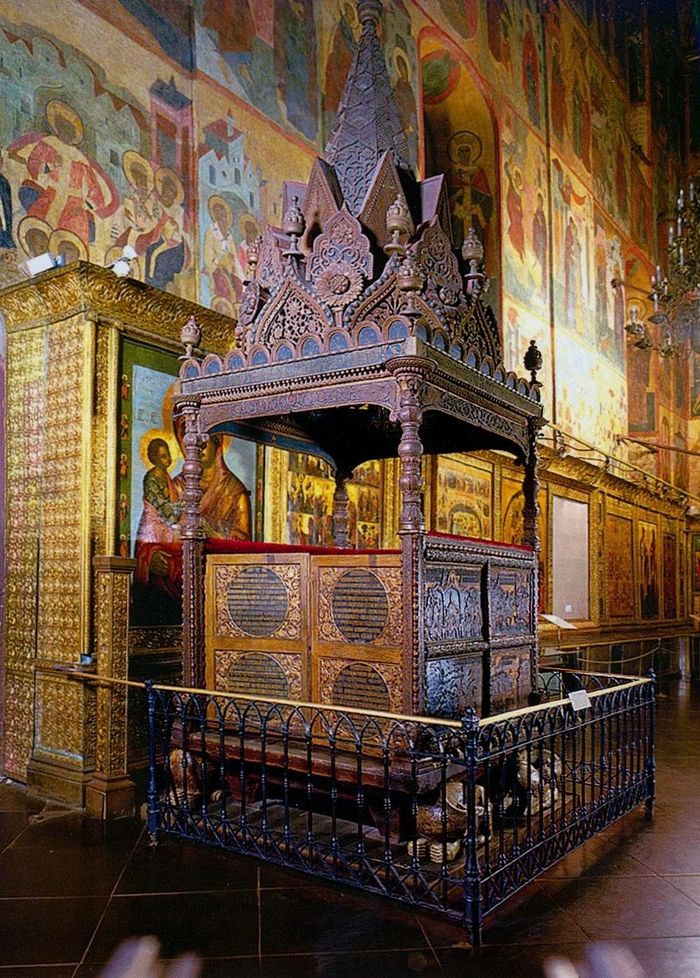 The Tsar’s praying place known as the “Monomach’s Throne” was made for Ivan IV the Terrible in 1551. Its reliefs illustrate the Russian legend about Prince Vladimir Monomach receiving the imperial regalia from a Byzantine emperor. The throne’s top resembles the form of the “Monomach’s Cap.” The last service was held in 1918. Liturgies resumed seventy two years later in 1990. 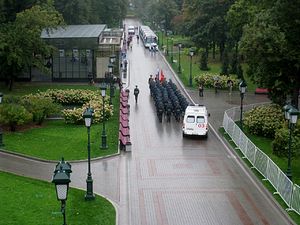 The Annunciation Cathedral of the Moscow Kremlin was the private church of Russian grand princes and Tsars for domestic and family ceremonies. The foundation was laid in 1464 by Ivan III Vasilievich. He began full scale construction of the Moscow Kremlin. The liturgies ended in 1918 and resumed in 1993. 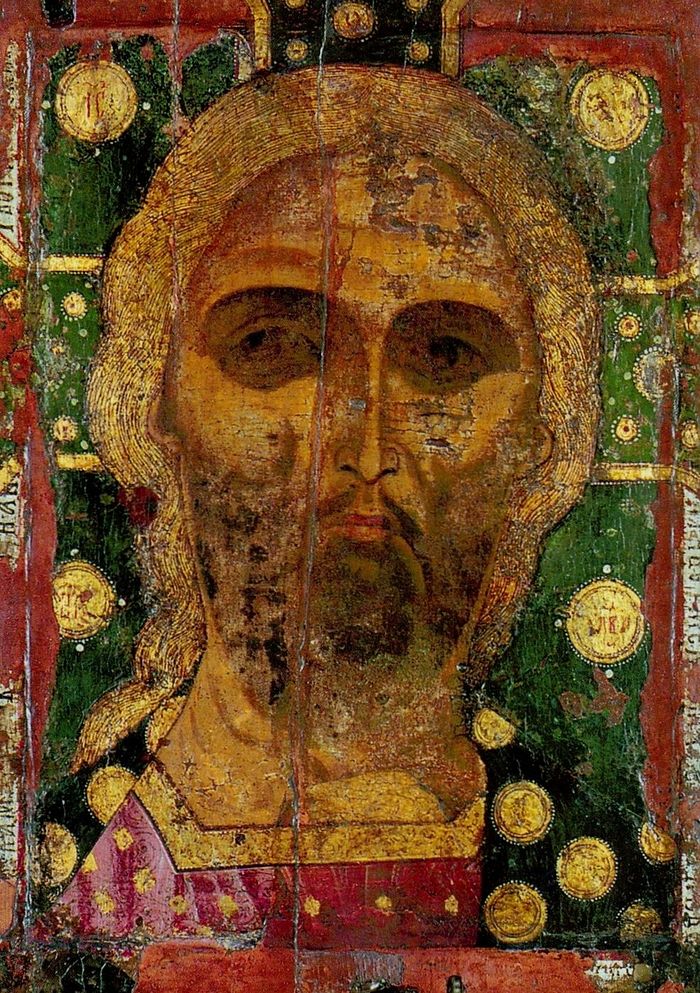 The present frescoes were created by Russian painters after the fire of 1547. The multi-tier iconostasis is one of the oldest surviving in Russia. It includes almost one hundred icons situated in six rows. Icons of the Festival and the Deesis (Greek for worship) tier were painted in the end of the 14th and beginning of 15th century, with the participation of Theophanes the Greek and Andrei Rublev. The Annunciation and Crucifixion icons are from the beginning of the 15th century. 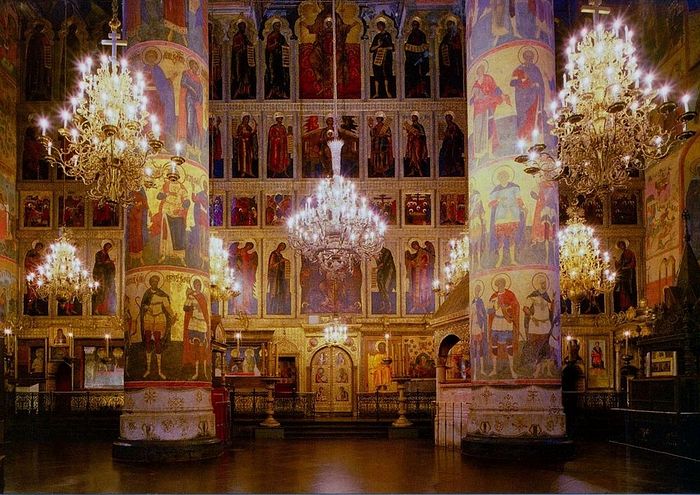 The North western gate features painted portraits of ancient philosophers, poets, playwrights and historians such as Plato, Aristotle, Plutarch and Homer with a wreath on his head. Virgil and Ptolemy are dressed in Old Russian garments. All these great men were considered the predecessors of Christian wise men.[2]  Old Russian icons include the Nativity of Christ, 15th century; Holy Virgin Eleusa, end of 14th century; and other masterpieces. 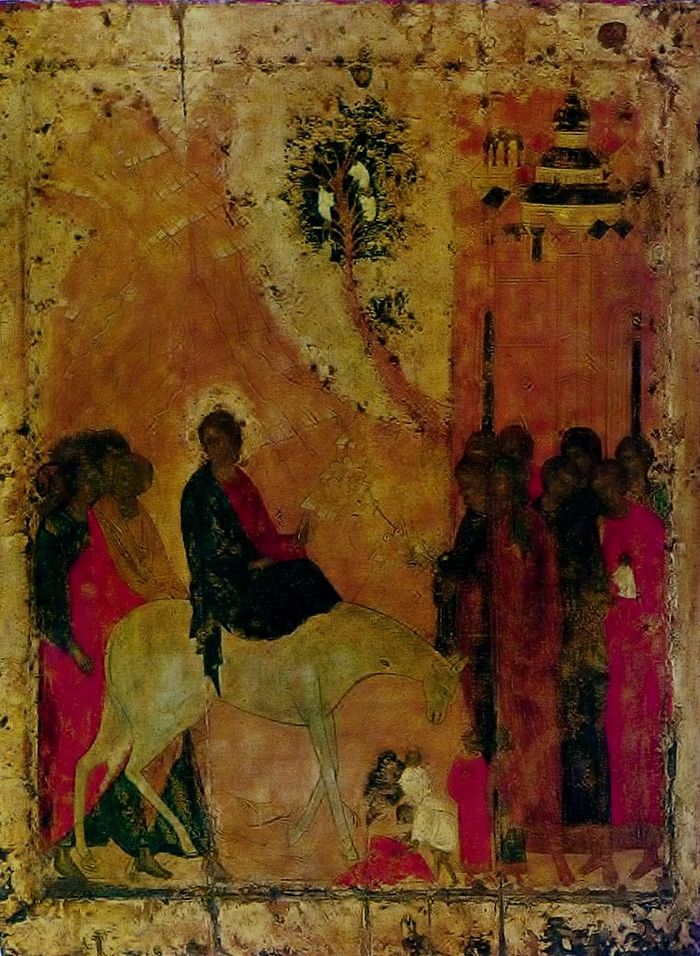 The appearance of the double headed eagle, seen in both cathedrals, was adopted by Ivan III. He considered himself the legitimate successor to the Byzantine Imperial house which fell to the Turks in 1453. The Byzantine state symbol bearing a double headed eagle, a symbol of the unity of the Easter and Western parts of the Roman Empire, became the symbol of the Russian centralized state.[3]

I am a baby boomer, a child of the devastating “Cold-War.” I never thought I would ever go to Russia. I was reluctant to go in a late autumn 2015 Russian tour. A member of my family wanted to see “The Greeks of the North.” Astonishment and absolute amazement of the Kremlin’s Byzantine civilization changed my life forever. 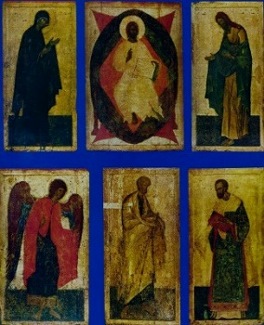 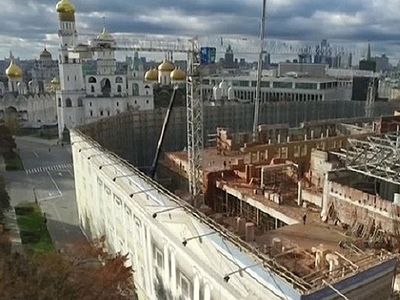 Demolition Has Begun on Soviet-Era Building Built on Site of Kremlin Monasteries Paul Gilbert The long awaited demolition of the Kremlin Presidium or "Building 14" began this week. The building was constructed in the 1930s, and up until 2011 the Soviet era building formerly housed the offices of the Presidium of the Supreme Soviet, the highest legislative body of the Soviet Union. 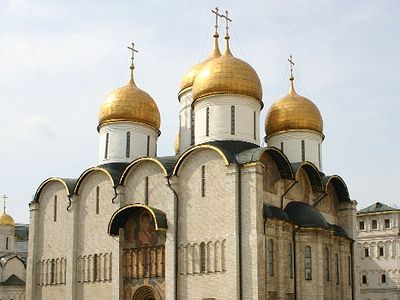 The Kremlin's Dormition Cathedral: Russia's Sacred Crown This most sacred of Russian Orthodox churches combines Russia's Byzantine heritage with the art and architecture of the Italian Renaissance. 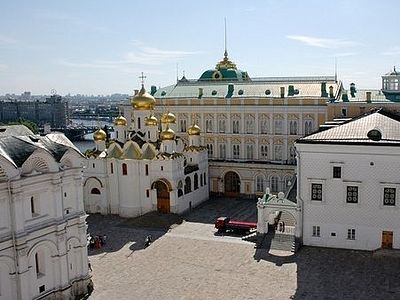 Restoration of the Kremlin monasteries to start after the decision of UNESCO All the necessary documents related to the impending work have been submitted to UNESCO. Now all depends on the promptness of this organization’s decision-making.
Комментарии