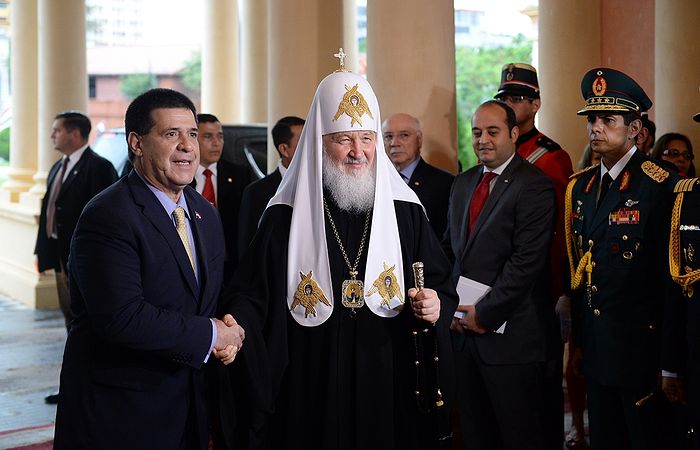 Patriarch Kirill of Moscow and All Russia has urged the international community to unite in fighting terrorism in Syria.

"Syria and everything that is happening around Syria should not become the place for a potential conflict between the East and the West. Seeds of a new dangerous global conflict must not grow there, and various coalitions allegedly pursuing different goals must not operate there either," the patriarch said at a meeting with Paraguayan President Horacio Manuel Cartes Jara in Asuncion.

All forces interested in the defeat of terrorism should act together and coordinate their efforts in the pursuit of the goal they openly proclaim, he said.

"The pursuit of undeclared goals is dangerous for world peace," the Church head noted, adding that the response to terrorism should be "coordinated, harmonized and joint."

Sharing his impressions from the meeting with the Pontiff in Havana on February 12, the patriarch said, "It was not an exchange of pleasantries but a serious two-hour conversation, which was largely reflected by the joint declaration."

"We discussed pressing problems of contemporary international life, primarily, the tragedy we have been witnessing in Middle East countries, first and foremost, in Syria and Iraq. I believe our common voice was loud enough for people to realize that Christian genocide had been happening in those countries. Christians are being killed and forced to leave the places where Christianity was born, the places which are deemed to be holy by the entire Christian family," he said.

The patriarch said that the declaration he had signed with the pontiff laid down a foundation for interaction between their Churches, primarily, "the search for answers to modern challenges to human civilization." 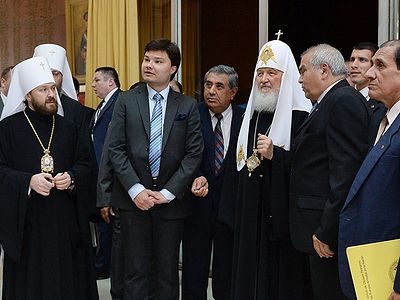 Patriarch Kirill honors memory of Russian volunteers who fell in Chaco War and meets with compatriots in Asuncion "It is amazing how foreigners who came to Paraguay became aware of their personal responsibility for the fate of this country; so much so that they were ready to give their lives for the interests of the state which gave them refuge. It is difficult to imagine, especially in our pragmatic age, that people can do so. These Russian officers were not mercenaries. They did not receive much money for their participation in the war. They shared all the hardships with Paraguayan officers and soldiers and did much to bring victory closer." 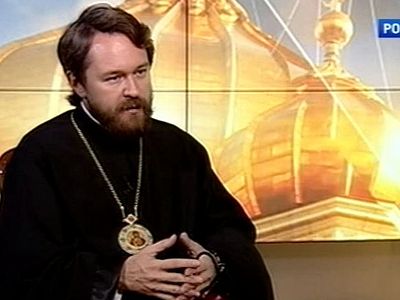 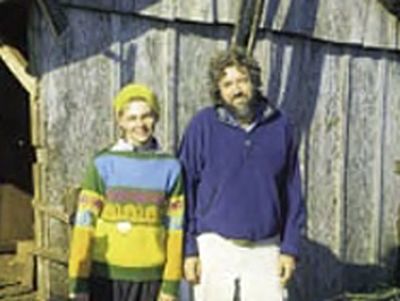 Reaching Out In Paraguay

Reaching Out In Paraguay The greatest concentration of Ukrainian Orthodox is in the small town of Fram, in Itapua. With amazing energy and drive they have made an agricultural paradise out of this piece of jungle. Weaving their Ukrainian culture and traditions with their Orthodox Faith, they demonstrate order and discipline, and have become an exemplary town throughout Paraguay.
Комментарии