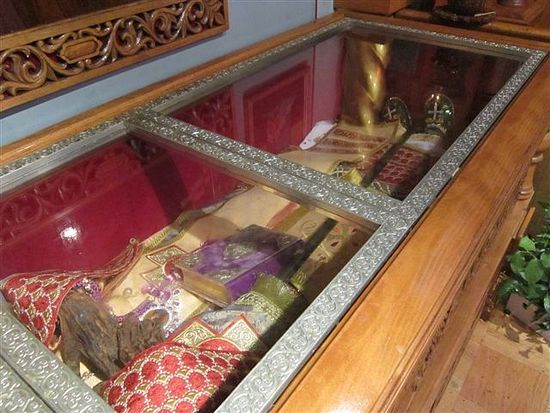 Below is the schedule of the visit of the relics, which will be accompanied by Protopriest Peter Perekrestov.

SATURDAY, February 27:
Greeting of the holy relics at 7:00 pm: Vigil with magnification to St John and anointing with oil from his shrine in San Francisco.

SUNDAY, February 28:
Divine Liturgy at 10:00 am and service of intercession (moleben) to St John and anointing. Following the Liturgy and a meal the Dean of Holy Virgin Cathedral in San Francisco, Protopriest Peter Perekrestov, will conduct a discussion with parishioners and the faithful.

At 6:30 pm a moleben with akathist to St John will be chanted before his holy relics.

The Russian Orthodox Church Outside of Russia 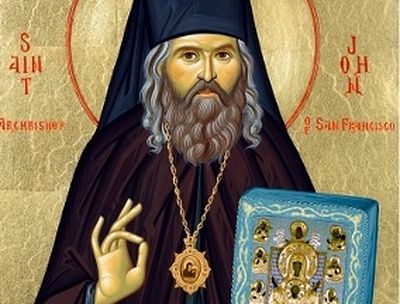 Cell and Chapel in Home of St. John Maximovitch Preserved By God From Attack

Cell and Chapel of St. John Maximovitch Preserved By God From Attack On September 16 an incident occurred at the parish of St. Tikhon of Zadonsk (ROCOR) in San Francisco, which is the former St. Tikhon of Zadonsk orphanage where St. John Maximovitch lived. A mentally disturbed man entered the building and began to throw things about. Thankfully, God preserved this holy place through the intervention of his priest Fr. Dimitri Jakimowicz, who asks for prayers for the offender, Valeriy. 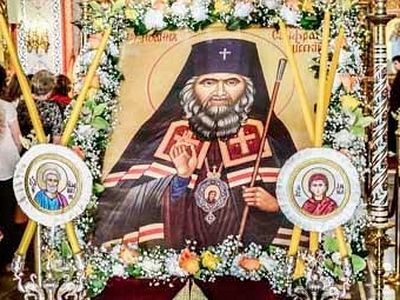 A Chapel in Greece Dedicated to St. John Maximovitch

A Chapel in Greece Dedicated to St. John Maximovitch His Eminence stressed that the door-opening ceremony of each sacred temple is an opportunity to renew the soul, which is a temple of the Holy Spirit.

Relics of a great Georgian saint, elder Gabriel (Urgebadze), uncovered On February 22, 2014, in the Georgian town of Mtskheta—the former capital of the early Georgian kingdom of Iberia—a significant event happened at the Samtavro Convent, which Orthodox Christians of Georgia and all over the world had waited with great reverence and love. The holy relics of the great elder and wonder-worker, Blessed Father Gabriel (Urgebadze), fool-for-Christ, were uncovered.
Комментарии