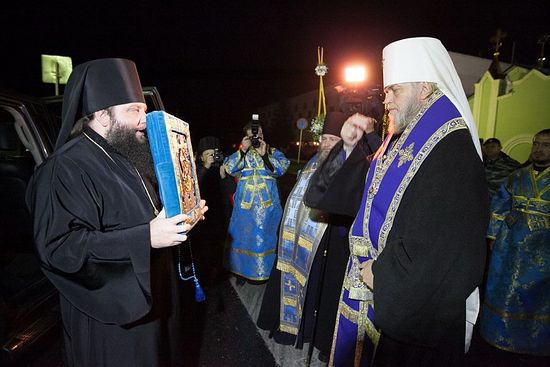 On September 22, 2016, the miracle-working Kursk-Root Icon of the Mother of God "of the Sign" was brought to Kursk-Root Hermitage of the Most-Holy Mother of God, the site of its discovery in 1295. The icon is now the protectress of the Russian diaspora and visits many nations of the world, uniting and supporting Orthodox Christians everywhere.

The icon, brought by a delegation of the Russian Orthodox Church Outside of Russia headed by His Grace Bishop Nicholas of Manhattan, was greeted at the entrance to the monastery by His Eminence Metropolitan German of Kursk and Rylsk; His Grace Bishop Veniamin of Zheleznogorsk and Lgovsk; Hegumen Seraphim (Kotelnikov), Prior of the monastery, his monks, clergymen of the Kursk Metropoliate and pilgrims. 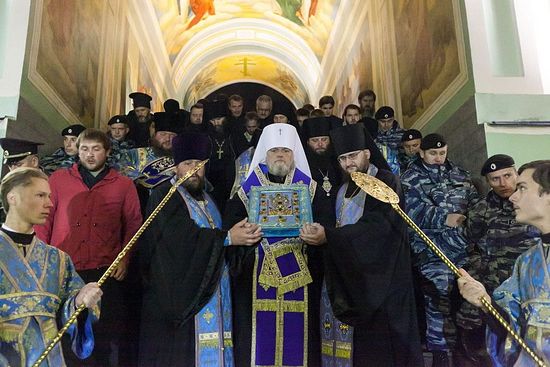 Receiving the miraculous icon from the hands of Bishop Nicholas, Metropolitan German made the sign of the cross with it in all four directions. As the troparion to the icon was sung and under the peal of bells, a procession brought the icon to the Cathedral of the Nativity of the Most-Holy Mother of God. It was placed on an analogion in the middle of the church and adorned with a wreath of white flowers. 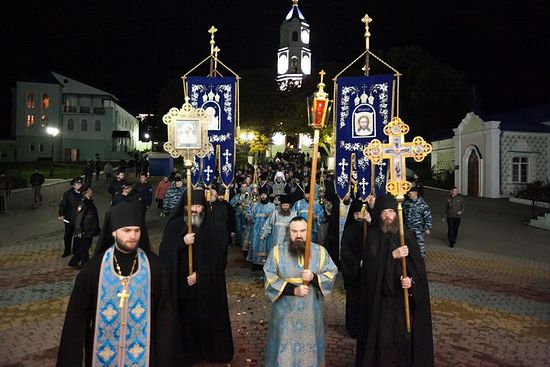 The hierarchs and clergymen then performed a moleben service before the icon. Vladyka German congratulated everyone on the great occasion of the visit of the Kursk-Root Icon to the monastery where it first appeared. Those who pray before this image of the Queen of Heaven with hope, faith and piety, he said, received untold blessings. 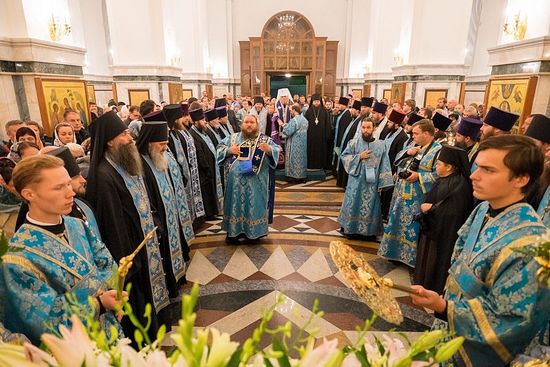 The ruling bishop of the metropoliate then expressed heartfelt thanks to the delegation of the Church Abroad for providing this great joyous opportunity to the Orthodox faithful of Kursk to pray once again before the icon, which is considered the Protectress and Intercessor of the Kursk region.

The archpastor of Kursk announced that the icon would remain at Kursk-Root Hermitage until September 25, and moleben services would be performed before it regularly. On September 25, after Divine Liturgy, which will begin at 7 am, the traditional procession of the cross with the icon will head to Kursk Cathedral “of the Sign,” where it will remain until October 4. 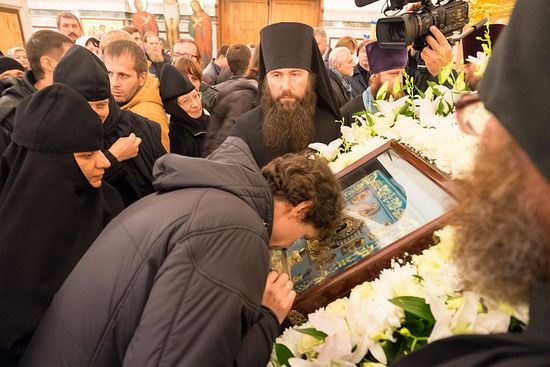 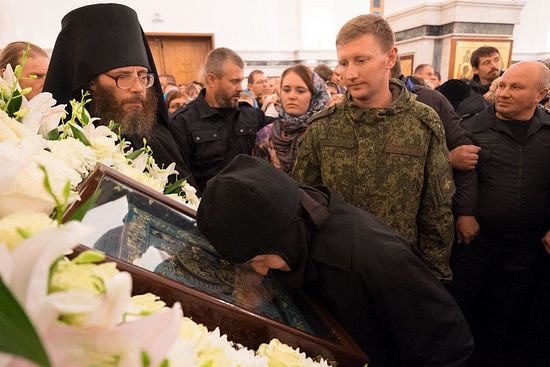 Russian Orthodox Church Outside of Russia 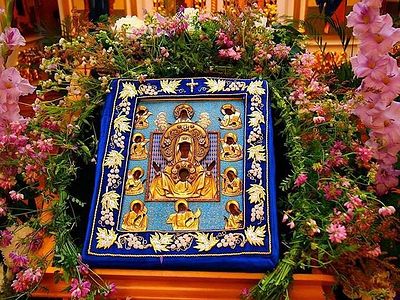 Why is a 13th century religious icon traveling around the St. Louis area?

Why is a 13th century religious icon traveling around the St. Louis area?
After the village of Kursk was destroyed by an invasion, two hunters noticed something strange at the base of a tree. It was a painting of Jesus' mother, Theotokos, also known as the Virgin Mary. The hunters took the icon to the nearest cathedral, but by the next morning it had disappeared. Later, they found it sitting at the base of the same tree where it was found. 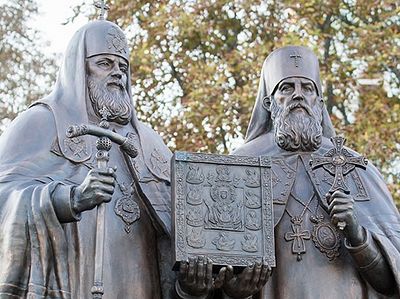 "The people opened up their souls!.."
Interview by Zoya Gradov, Alamo, California.

"The people opened up their souls!.."
Archbishop Kyrill (Dmitrieff), Zoya Gradov
The icon had been subject to a safety inspection, photographed and registered with customs. But the customs officers were making the sign of the cross and venerating the icon - we were amazed by this. Those who grew up in the West couldn’t possibly imagine such a thing!
Комментарии