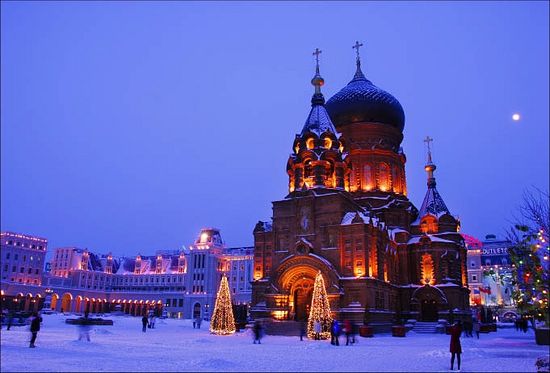 Harbin’s Orthodox Cathedral of St Sophia has been included in the first edition of the 20th century Chinese architectural heritage list along with 97 other sites.

The China Cultural Relic Association and the Architectural Society of China issued the list on 29 September, theHeilongjiang Daily reported. Other landmarks include the Great Hall of the People, the Shanghai Park Hotel and the Wuhan Yangtze River Bridge.

Experts say that the reason for this list is that these monuments witnessed Chinese history in the 20th century, representing the historical context of China’s social development and architecture in the last century.

The Russian-style cathedral was made from timber in March 1907 as part of a plan to reconsolidate the confidence of the Russian No.4 Army Division by building an imposing spiritual symbol.

The 53.3-metre-high cathedral covers an area of 721 m2 and is the perfect example of Neo-Byzantine architecture. Under the bright sun, the church and the square look like Moscow’s Red Square.

In 1996, the building was listed as an national cultural heritage site. A year later, the municipal government repaired and renovated the cathedral and its surrounding environment to grant it landmark status.

In 2013 Russian Orthodox Patriarch Kirill was received for the first time by President Xi in the Great Hall of the People in Beijing.

In 2015, for the first time in 60 years, the People's Republic authorised the ordination of Chinese Orthodox priests.

In meeting with Kirill, Xi Jiping praised the role of “culture, traditions and the moral factor in shaping the lives of people and individuals."

Harbin cathedral is not only the religious symbol of the Orthodox Church in China, but also has political importance as a symbol of Sino-Russian relations. 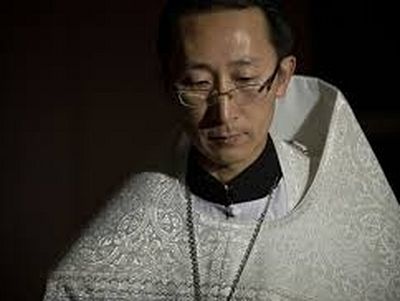 China see first Orthodox priest in sixty years
"Because we are of the correct faith, Eastern Orthodoxy will take root in China and will develop," Fr. Shi predicted.