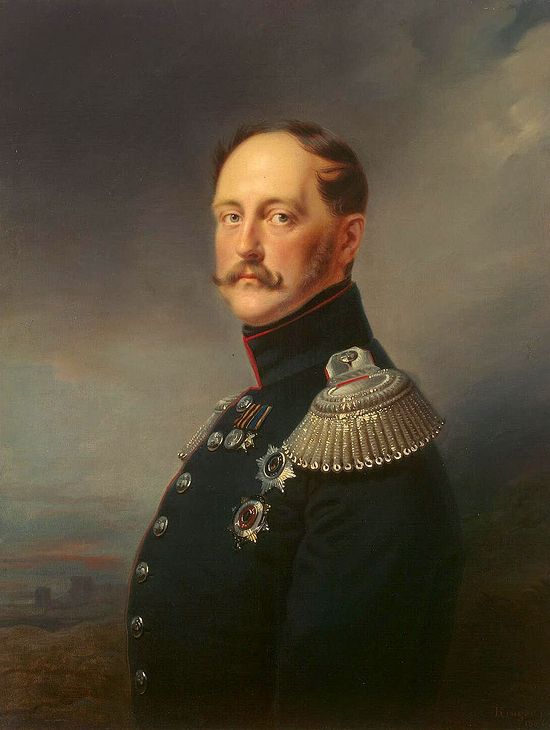 The exhibition, “Kinship by Choice: the Romanovs and the Hohenzollerns – 200 Years Together” has opened at Hohenzollern Castle near Stuttgart.

It includes over 130 exhibits. Among them are portraits and photographs of members of the House of Romanov and the House of Hohenzollern, personal items of imperial family members, pictures reflecting events which involved Russian and Prussian monarchs, early twentieth century photos depicting meetings of St. Nicholas II and Wilhelm II, and personal notes of the latter in which he tells about his attempts to rescue the Russian tsar and his family in the summer of 1918.

The exhibition will run until January 29, 2017. It was opened as part of the evening of German-Russian friendship arranged by the St. Gregory the Theologian Charity Foundation.

Additionally, a concert was performed at Hohenzollern Castle by both German and Russan singers, and a Litya was served at the castle’s Orthodox chapel near the grave of Grand Duchess Kira Kirillovna of Russia (1909-1967), grandmother of Prince Georg Friedrich of Prussia. The service was celebrated by Igumen Maxim (Schmidt), representative of the Southern Deanery of the Diocese of Berlin and Germany of the Moscow Patriarchate.

Next year will mark the 200th wedding anniversary of Grand Duke Nicholas Pavlovich (the future Emperor Nicholas I) and the Prussian Princess Frederica Louise Charlotte Wilhelmina (1798-1860). The latter was received into Orthodoxy with the name Alexandra Feodorovna and became the Russian empress in 1825.

It was the first “dynastic marriage” of a representative of the House of Romanov with a member of the Hohenzollern Dynasty which in many ways predetermined friendly and allied relations between Russia and Germany that were maintained for the most of the nineteenth century.

Tsarina Alexandra Feodorovna gave birth to four sons from whom all the following generations of the Romanov Dynasty were descended. All their descendants living today are also descendants of this Prussian princess.

Head of the House of Hohenzollern Prince Georg Friedrich of Prussia, the Russian Federation’s Ambassador to Germany Vladimir Grinin, and CEO of the St. Gregory the Theologian Charity Foundation Leonid Sevastianov took part in the opening of the exhibition. 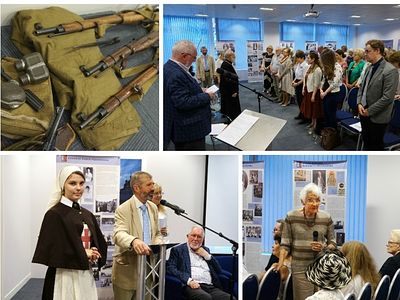 Romanovs in the First World War: Saints and Heroes—An Exhibition in London

Romanovs in the First World War: Saints and Heroes—An Exhibition in London
Using archival material, postcards and photographs, the exhibition illustrated the self sacrifice and compassion shown by many members of the Russian Imperial family towards those who suffered from the effects of that war, both at the front line and at home. The Emperor Nicholas II and his immediate family took a leading role in this service, with the women working as trained nurses for the wounded. Other members of the Imperial family also went to the front line and served under fire. Some, such as the Holy Martyr Grand Duchess Elizabeth, remained at home to serve the needy, especially, in her case poor families and orphaned children. 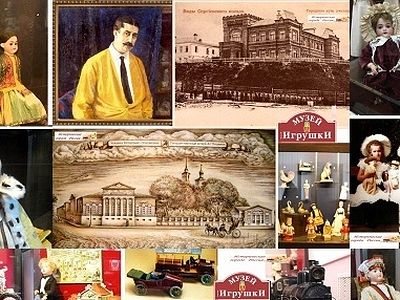 Russian Museum Home to Toys and Dolls of Last Tsar's Children
Paul Gilbert
The Art and Pedagogical Toy Museum is a unique repository of historic treasures, founded in Moscow in 1918 by artist, collector, museum activist Nikolai Dmitrievich Bartram (1873-1931). With 100,000 items, the museum boasts one of the largest and most unique collections of toys in Russia. 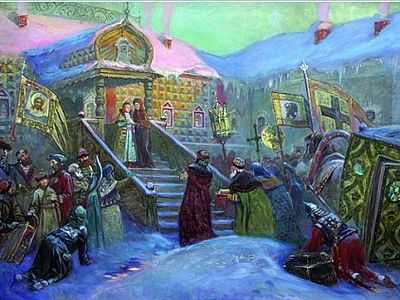 Exhibition: The First Romanovs in Moscow

Renй Henri Pasche26 октября 2016, 15:00
The Romanow Dinasty ended with the death of the imperatrice Elisabeth. The new Dinasty, the House Holstein-Gottorp (1762-1918) was a foreign dinasty, in the spirit and in the blood. Catherine II and her successors based their politics on the friendship with Prussia, true, but also on the nefarious two axioms "The destruction of the independence of Poland", and "The weakening of the Turkish Empire". The consequences were: three new wars with Sweden, three partitions of Poland, and seven wars with the Ottoman Empire. As Boris Mouravieff has explained in his book "Le testament de Pierre le Grand, lйgende et rйalitй, Neuchвtel 1949", this pro-prussian and anti-polish and anti turkish policy did neither correspond to the spirit, nor to the actions or intentions of Peter the Great.