Interview with Matushka Larisa: the obedience of serving in city hospitals

An interview with Matushka Larisa (Nezhbort), who helps people in one of the Minsk hospitals. 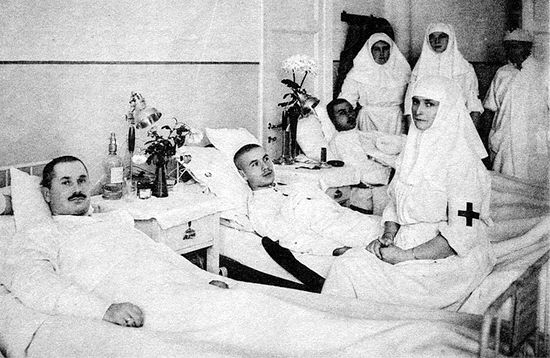 - Matushka Larisa, what was the beginning of your obedience of serving in the city hospital?

It started with two young women. One of them gave up studying in the university and began to work as a nurse. The second one finished her studies, but went to a hospital as well. Every day they faced afflicted people and understood that they needed not only physical help, but Divine and spiritual as well. They had the idea of inviting a priest to visit them, pray for them and help them to confess their sins. So, our sisterhood began with our service in the Minsk City Hospital №2 and the National Mental Health Clinic.

- How long have you been in the sisterhood?

Not from the very beginning. On Sundays I saw the sisters gathering to read the Akathist in their white angelic vestments, and I wanted very much to join them. However, Fr. Andrew (the spiritual father of our convent) did not allow me. At that time the meetings of the sisterhood were held over a cup of tea in the frater of St. Peter and Paul Cathedral. I was standing near the door and heard Fr. Andrew saying something spiritual and significant to the sisters, and I wished to be among them. Unfortunately, I had to stand outside. I asked permission to join the sisterhood for a year, but Fr. Andrew said I was not ready, and that I had too much sadness for such an obedience. But finally that wonderful moment came – I was accepted. 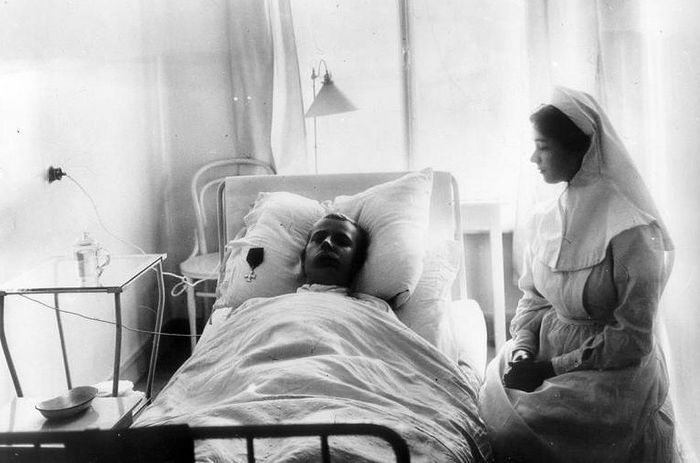 - What was your first obedience? What were you doing at that time?

For many years I visited the Mental Health Clinic in Novinki. It was a pleasure for me to serve there. I was working with people from the department of neuroses and depression. It was not especially difficult to establish contact with those people. They were all conscientious people and ready to open their hearts. We had good and close relationships.

Fr. Andrew said that a sister’s role is insignificant, because it is God Who acts through us. The only thing a sister has to do is to open her mouth. I was 20 when I began to visit the hospital. I had no previous experience of public speaking, but the personnel of the hospital gathered 50 patients, and I had to say something to them. That was the first time I saw these people, and I decided to follow Father’s word: I opened my mouth… but nothing happened. I could not find what to say. The nurses began to help me, they whispered, “Tell them it is easier to live with God” and other things like that.

When I went for the second time, no one came out to greet me, so I started to visit the rooms. There was no need to announce any Divine ideas to those people. They needed our attention and sympathy far more, which is why my previous task was to listen to them. Every year our nuns visited Elder Nikolai Guryanov on the island, and on their way there they also visited Pskov-Caves Monastery. When they had an excursion there, their monk-guide told them that the young monks, who could not cope with their passions, were sent to hospitals to care for elderly people. Those words inspired me and I understood that I also needed an additional activity which would help me struggle against my own passions. 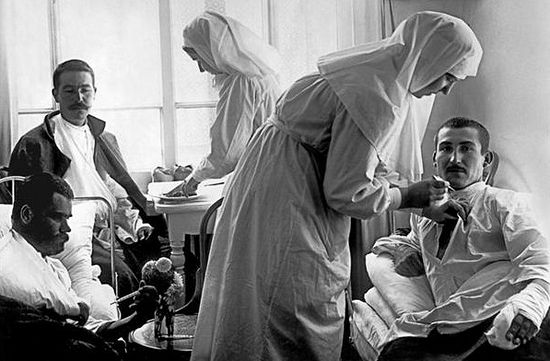 - What was your impression after your visits?

At first I had a romantic feeling. I was allowed to enter the rooms of the resuscitation department, where no one could enter, even the relatives. I also understood that I came there to heal myself from my passions. I visited the hospital several times a week, and I saw quite often a stretcher with a covered body on it: someone had passed away… I felt an atmosphere of eternity, which sobered my soul.

- What were you dealing with at the hospital?

Once a week, on Thursday, a priest comes to us and serves a Moleben and confesses the patients of the department. The day before a sister of mercy visits each room and lets the patients know about it. Usually I enter the room, sit on a chair, ask for the person’s name and whether he has been baptized and has ever confessed before. 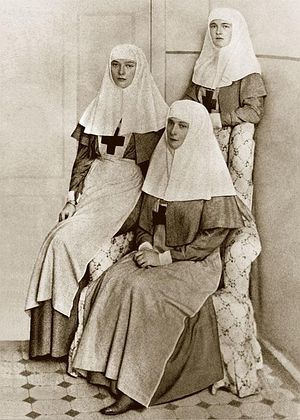 There are eight departments in the hospital. People don’t stay there very long, about two or three weeks. Every time I come I see new people. Of course, many of them are not going to establish contact, because many of them spend time sitting with their gadgets, although it is forbidden. Fr. Sergius, my husband, visits the patients of this hospital as well. Just imagine: once he came to a patient with a chalice, so that he could partake of Communion, but the man lying in the neighboring bed hopped up and barked “Get out of here now.” So you see, people do not meet us with open arms. It is hard, and sometimes it makes me sad. I begin to feel that no one needs us visiting this place. But there are moments when God encourages us.

- What has this obedience given to you?

I gained life experience. I have seen a lot of people, and I will remember everyone who has opened up to me. Fr. Andrew says a sister should not just pop into the room, anoint patients, and write down some names for a Moleben, but should pass a person through her heart even if they do not respond.

- Could you tell us about the people you visit?

Many of them have never confessed. There is a pattern: people who went to church in their childhood respond to us more often. I ask a seventy year old person if he wants to take Communion, and he agrees to partake of the Holy Mysteries.

Fr. Sergius says quite often people’s confessions look like this: “Tell me, what do you want? - I want to feel better, to recover. - Perhaps, have you hurt someone? - No, Father, not at all! - Some sins, maybe? - No, not really. I am all right. – Do you repent at least of something? – Sure, I do…” However, Fr. Andrew says that this is more than enough, that each human’s soul is a mystery, and we have no right to judge these people.

There are several patients in each room of this department. They are naked, stuck full of tubes and covered with a bed sheet. Some of them are unconscious, others are delirious. And when I come to them, some of them ask me to leave because they feel bad, while others are very thankful and ready to kiss your hands.

- How does God console you through these people?

Once I had a conversation with an old man: “Have you ever visited a church? – Four times. When I got sick, I went to the church not far from my home. – And what brought you there? – I had seen a saint in a dream. So I decided to go to a church. At first I went to a Catholic church, because the saint said, ‘I am Panteleimon.’ So I thought that was kind of a Polish name, and thus I decided to visit a Catholic church. – Are you a Catholic? – No, I am an Orthodox. In the Catholic church I was told that there was no icons of that saint. Then I went to an Orthodox church, and people there showed me an icon of St. Panteleimon. Now I visit the church and light candles for him in front of the icon. – Does the saint on the icon look like the one you saw in your dream? – Yes, he does. He has exactly the same sandals.” The first time that man partook of Holy Communion was in that very hospital. 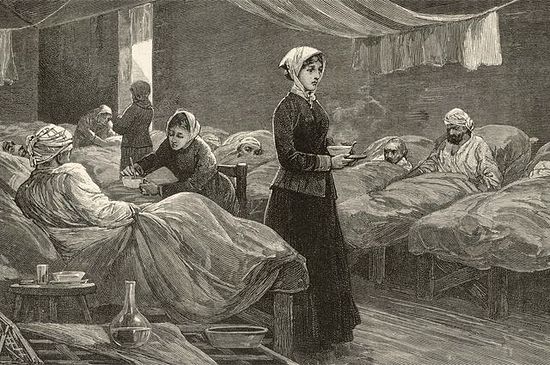 Another story: some years ago, when the World Hockey Championship was held in Minsk, a woman came here from Moscow together with her husband. They were going to attend their national team’s match. Unfortunately, she felt sick and the ambulance brought her to the hospital. Fr. Sergius went there the same day to confess the patients. The woman decided to take the opportunity and confess for the first time in her life. Later Fr. Sergius told her that it was as if the championship was organized for her so that she could meet a priest and repent.

One more story: once I visited another old man. I sat near him, and asked whether he was baptized or not… then he said, “You know, Valentina of Minsk (a Belorussian saint) was my mother’s sister.” I was surprised and asked whether she was an unusual person, and he answered, “Well, she was quite strange.”

So, my work is full of conversations like this. When I meet such people I understand, that our ministry is needed. People need our help. As the poets say, we cannot foresee how people will respond to our words. However, we hope that our ministry will never be forgotten by the people whom we have helped. 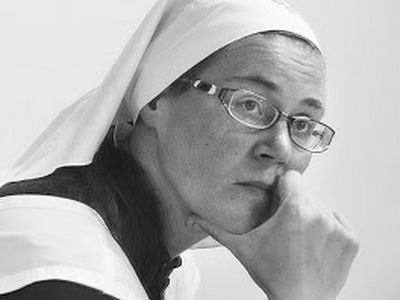 Alone but not Lonely: An interview with the head sister of the home-care service of St. Elisabeth Convent 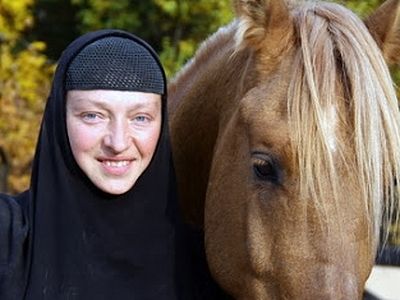 Cute Animals to Cuddle: Animal-assisted Therapy at St.Elisabeth Convent
Is there anyone who doesn't know how useful equine therapy may be for the sick? 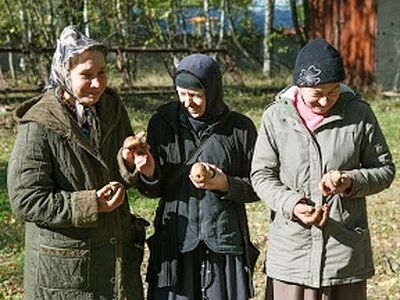 Two Homes for the Homeless

Two Homes for the Homeless
More and more people keep coming to the rehabilitation centre. Today we need to build a new dormitory for more people.
Комментарии