From a series of sermons by Fr. John Whiteford, the rector of St. Jonah Orthodox Church, Spring, Texas 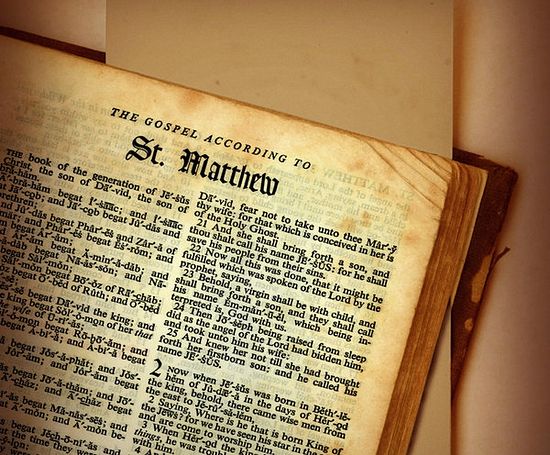 We just heard the beginning of the Gospel of Matthew, which came to be at the beginning of the New Testament. It should be noted that the Gospel of Matthew does not begin with the words along the lines of, “once upon a time”, but with the words, The book of the generation of Jesus Christ, the son of David, the son of Abraham. If you read the Book of Genesis especially, you find this phrase repeated whenever is introduced a new figure, or basically a new chapter in the history of God’s people.

St. Matthew traces Christ’s human genealogy from Abraham to David. From David to the Babylonian captivity and from the Babylonian captivity to of Christ, and by doing so he is placing Christ squarely in the midst of a real human history of the people of Israel. And these events are the big events in the life of Israel. There is the calling of Abraham, and his covenant with God, that God promised through him all nations would be blessed, the establishment of the kingdom, or the monarchy, of which David was the prime example, and the Messianic prototype, or type of Christ. Then we have the Babylonian captivity, one of the crucial events that you really need to understand if you want to understand the Old Testament, and really, the whole Bible. And then from the captivity, to Christ.

In Luke’s Gospel, he makes it very clear in several places that Christ was a real man, and part of a real human history. In Luke chapter 2:1-6 he says, And it came to pass in those days, that there went out a decree from Caesar Augustus that all the world should be taxed. (And this taxing was first made when Cyrenius was governor of Syria.) And all went to be taxed, every one into his own city. And Joseph also went up from Galilee, out of the city of Nazareth, into Judaea, unto the city of David, which is called Bethlehem; (because he was of the house and lineage of David: To be taxed with Mary his espoused wife, being great with child. There was a real Cyrenius who was the governor of Syria, and that points to a particular time. There was a real Caesar Augustus, who called that all the world should be taxed.

Last week we talked about the Prophet Haggai, and how he foretold of Christ’s coming. And he said, Yet once, it is a little while, and I will shake the heavens, and the earth, and the sea, and the dry land; And I will shake all nations, and the desire of all nations shall come: and I will fill this house with glory, saith the Lord of hosts. Christ’s genealogy reminds us of the many great men and women of the Old Testament, and throughout the Nativity Fast we have been reminded of the prophets who foretold of Christ’s coming. But when we come to the Gospels, we see that Christ was born of the Virgin Mary, in the humblest of circumstances. That this little Child born in the manger has indeed shaken all the nations. We just celebrated the secular New Year, the year 2014. The earth is not 2014 years old, as one teenager mistakenly said on Twitter, was skewered by all of her friends, and it went viral. If the earth is not 2014 years old, then why are we celebrating the year 2014? Because it has been 2014 years since Christ came into the world, born of the Virgin Mary.

So we mark time by Christ’s birth. Christ has come and all of human history has been forever changed by His coming. Myths are cosmic dramas that have only a symbolic connection with the real world. Myths usually view history in terms of cycles that repeat themselves over and over again, so you have myths about the cycle of crops, and that sort of thing. But the Bible is very clear history, that has a beginning, and it points to an end. It’s also also not a fairy tale. Fairy tales are cute stories, that may teach you a valuable moral lesson; but they begin, as I said, with phrases like, “once upon a time,” and not, in a particular time there was person, who was a real person, who did such and such.

Within real history, Christ came, in the fullness of time, as St. Paul says (Gal. 4:4). In other words, when everything was ready for Christ to come into the world, everything that was necessary for the preparation, God had arranged. There was a universal language that the Western world spoke at that time; the language was Greek, and that enabled the Gospel to spread very quickly. There was also an empire that brought peace to that area of the world. And so the spread Gospel was unhindered by national boundaries or languages.

Christ is come to save us, and His coming demands a response from us. He is come to shake us from our selfish and worldly focus, to change us and to save us. Let us open our hearts to Him and recognize Him as our King and our God. Amen.

For the audio file of this sermon, please see From the Amvon. 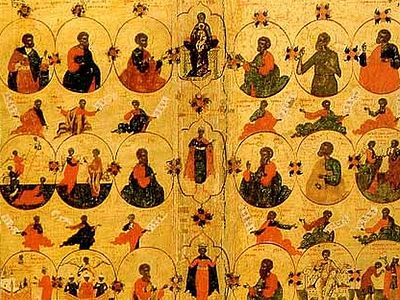 The Nativity of Christ in Chronology from the Creation of Man
Anatoly Vitvitsky
The goal of this article is to show the results of a calculation of the “5508 years” according to texts of the first translation of the lost original of ancient Hebrew Old Testament Books, made by the Israelite translators from the third to second centuries B.C. (the Septuagint) and preserved up to the twenty-first century in the Bible published by the Russian Bible Society in the Russian language. 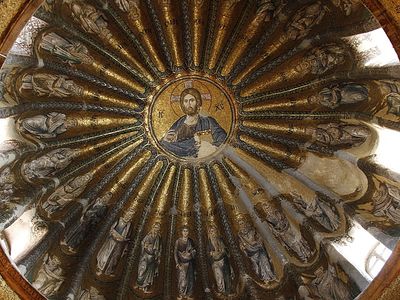 What kind of a God would allow such things to happen?
Fr. James Guirguis

What kind of a God would allow such things to happen?
Fr. James Guirguis
The evangelist St. Matthew has left a wonderful present under the tree and he teases us to contemplate it and think about it and perhaps even to peek into it and discover something of the mystery of this joyous feast. 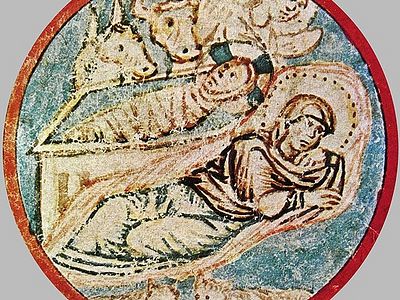 The Nativity of Christ: Living Orthodox Christmas
"On Christmas, we celebrate the destruction of the barrier that separated man from God. And how do we know that this barrier has indeed been destroyed? Well, for one, through the Saints of the Church. The Saints show us that man can personally see and communicate with God."
Комментарии