His Eminence Metropolitan Hilarion of Volokolamsk, the head of the Russian Church’s Department for External Church Relations, had the opportunity to meet with the primates of the Jerusalem and Cypriot Churches in separate visits recently, discussing matters of mutual interest, including especially the Ukrainian Church crisis.

Met. Hilarion visited the Holy Land on Friday, where he celebrated the Divine Liturgy in the Cathedral of All Saints of the Russian Gorny Convent.

Later that day, he met with His Beatitude Patriarch Theophilos of Jerusalem, conveying to him the good wishes of His Holiness Patriarch Kirill. During their meeting, the two hierarchs exchanged views on inter-Church relations of mutual interest, reports the press service of the Russian Orthodox Church.

The two previously met in Jerusalem on January 10.

Following the meeting, Met. Hilarion visited and venerated the sacred sites of the Church of the Holy Sepulchre.

He then traveled to Cyprus the same day, where he was greeted at the airport by the Ambassador Extraordinary and Plenipotentiary of the Russian Federation to the Republic of Cyprus Stanislav Osadchy.

The DECR head visited the Archdiocese the next day, where he met with His Beatitude Archbishop Chrysostomos of New Justiniana and All Cyprus. The hierarchs discussed a wide range of issues related to bilateral relations between the Russian and Cypriot Churches and to a broader inter-Orthodox agenda.

Abp. Chrysostomos has taken up the task of mediating in the ongoing crisis caused by the Constantinople’s imprudent actions in Ukraine. In April, he met with the Patriarchs of Antioch, Alexandria, and Jerusalem in one meeting, and in May he met separately with the primates of the Serbian, Bulgarian, and Greek Churches, looking to come to a consensus among the Churches on how to deal with the ongoing crisis.

Greek media has reported that Abp. Chrysostomos is proposing that the Russian Church grant autocephaly to the canonical Ukrainian Church headed by His Beatitude Metropolitan Onuphry of Kiev and All Ukraine.

It is unknown if that specific plan was broached with Met. Hilarion, but sources say that the Cypriot primate did propose a number of possible plans for solving the crisis, some more realistic than others.

The meeting is said to have gone well overall. 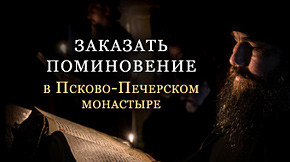