The Lives of the Georgian Saints

“The whole mellow land of Georgia lies before, with its fresh meadows and its lusty uplands, its bright vineyards and its somber woods, its warm gracious sun and sudden looming storms. Georgia, like some other countries, has a color. Ireland is green and grey. Morocco is all red. Georgia is a fine yellow gold like the white wines of Burgundy. The impression of the color is partly of the sunlight and partly of the tincture of the soil, but also there is some property in the atmosphere, intangible and not easily described, a bouquet, almost imperceptible, which envelops and caresses, fragrant and soft, insidious. The Greeks spoke of the Land of the Golden Fleece, it is supposed because of the scant alluvial gold, filtered in sheepskins from the beds of the westward-flowing streams of the Caucasus.

But it may be that their fancy thus imaged as a Golden Fleece that aureous hue which lies over all the country like, as it were, to an illumined dew upon the surface of the land.”

W. E. D. Allen, A History of the Georgian People.

The task of translating a text of this nature presented us with a special challenge, since the nuances of the language contribute so much to its power. To translate Fr. Zakaria’s text into English we drew on both the original, Georgian-language edition and its Russian translation. We discovered a stark contrast in style between the original and the Russian version: the Georgian text was full of color, ornamentation, and elaboration, while the Russian seemed to simply retell the facts of the saints’ lives. In our own translation, we sought to strike a balance between the spirited Georgian edition and the rather bland Russian version and, in so doing, to preserve the unique tone of the original without appearing overly sentimental.

The national hero status of the Georgian saints, as presented in this book, testifies to the deep roots of Orthodox Christianity in Georgia and, accordingly, to the immutable bond the Church has forged with the national culture of the Georgian people. This translation is far from perfect, and we ask in advance for your forgiveness. We pray and supplicate our Lord Jesus Christ and all the holy men and women whose lives are recounted herein to pardon our errors as well. May it be, according to God’s will, that the Georgian nation finds peace within its borders and that its Holy Apostolic Orthodox Church will prosper and continue to shine forth as a beacon of light and hope in our fallen world.

Through the prayers and intercessions of the Most Holy Mother of God and of all the saints commemorated in this book, Lord Jesus

Christ Our God, have mercy on us and save us. Amen!

Christ our God was crucified for the sake of the world, and we likewise have been crucified for His sake. We bared our breasts for this small Georgia, and on our breasts, as on a rock, we erected a temple to the Christian God. Instead of stone we offered our bones, and instead of lime we offered our blood, and the gates of hell will not prevail against it!
—Saint Ilia Chavchavadze the Righteous

The Georgian land is soaked in the blood of its people — people who gave their lives for the peace of the Church and for their motherland. In a single day, one hundred thousand Georgians revealed their perfect love for our Lord, and each was in turn sanctified with the crown of martyrdom. In a single night, a mob of godless men slaughtered six thousand monks in the Davit-Gareji Wilderness[1]. The monastery’s environs, as a result, abound with sacred relics. Today, in the region of Atchara in southwestern Georgia, even those believers who were forcibly converted to Islam are healed of their infirmities when they venerate the relics of the local saints.More than a millennium later, the body of a ninth-century monk still lies incorrupt at ZarzmaMonastery, and even his garments are preserved by the Master of the Ages.

All those Georgians who suffered and were crucified for Christ have had their names and good works raised to the heavens, and among them the Georgian Church recognizes a few remarkable individuals whom the Lord has set forth as an example for generations to come.We are called to know them, to become familiar with their lives and their works, and to reverently honor their memories.

As early as the 10th century, St. Giorgi Merchule, who gave us The Life of St. Grigol of Khandzta, lamented that many good works and lives of righteous ones had already been lost with the passage of time.

At the beginning of the 20th century, Catholicos-Patriarch Leonid expressed a deep regret at the “crime, culpability, insolence, and negligence” plaguing his nation. He lifted up a prayer to all the saints of his beloved Georgia: “I beseech you, do not despise your prodigal, ungrateful, and unworthy spiritual children. Pray with all your compassionate zeal to our Hope, the Most Holy Theotokos, for through her can we rekindle our flame of love for the Christian Faith.”

His Holiness Ilia II, Catholicos-Patriarch of All Georgia writes: “When we reflect on our past, we are astonished at how the Georgian nation has retained its language, its Christian Faith, and its culture despite all the resistance it has faced. Our fortitude and spiritual endurance appear to be rooted in the unshakable Christian soil on which we stand. Even in times of war, the Georgian people have built new churches and monasteries and continued to forge their extraordinary culture. We must continue the great works for which our forefathers died.”

We, the authors, have tried sincerely to gather information on the Georgian saints, to rectify our own “insolence and negligence,” and to continue in the great works of our ancestors. We have compiled the stories of our nation’s saints and attempted to faithfully render their holy icons.

In the text that follows you will find many mistakes that are the result of ignorance and carelessness. We ask in advance for your forgiveness. 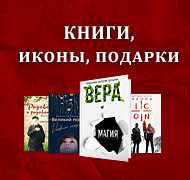 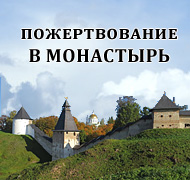 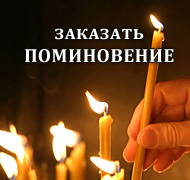 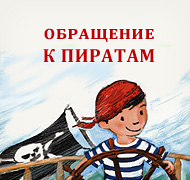