Can the Gospel of the Blind Man be Used to Support Belief in Reincarnation? 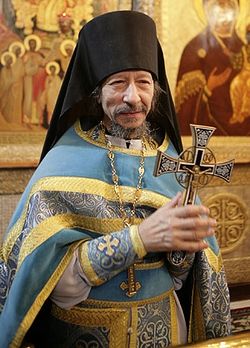 The idea of reincarnation completely contradicts biblical teaching. And as it is appointed unto men once to die, but after this the judgment: So Christ was once offered to bear the sins of many; and unto them that look for him shall he appear the second time without sin unto salvation (Heb. 9:27–28). The emphasis in this citation is on the words that in both the Old and New Testaments are at the theological core of the teaching on human life and death: to die but once. Throughout all the books of Holy Scripture runs the portrayal of man as the image and likeness of God, of the uniqueness and unrepeatable nature of each and every human individual. The belief that a soul can reincarnate and become different human being is utterly incompatible with this.

If the author of this biblical book says that after death he will “go by the way which he shall not return”, what does this have in common with the teaching that after death a person receives a new body so that he can live another life?

For the sea wastes in length of time, and a river fails and is dried up. And man that has lain down in death shall certainly not rise again till the heaven be dissolved, and they shall not awake from their sleep. For oh that thou hadst kept me in the grave, and hadst hidden me until thy wrath should cease, and thou shouldest set me a time in which thou wouldest remember me! For if a man should die, shall he live again, having accomplished the days of his life? I will wait till I exist again? (Job 14:11–14 [Septuagint]).

One gets the impression that modern-day Western adherents to the idea of reincarnation have so completely lost their Christian roots that they have never once read the Bible in its entirety; they only know those portions that interest them and in which they vainly seek proof of their false ideas.

Because man has gone to his eternal home, and the mourners have gone about the market: before the silver cord be let go, or the choice gold be broken, or the pitcher be broken at the fountain, or the wheel run down to the cistern; before the dust also return to the earth as it was, and the spirit return to God who gave it (Eccl. 12:5-7).

This theological concept is quite clear: immediately after his death man goes to another world (to his eternal home), and not to another body.

Holy Scripture says most definitely that the soul leaves the body after death and remains in a bodiless state.

For to me to live is Christ, and to die is gain. But if I live in the flesh, this is the fruit of my labour: yet what I shall choose I wot not. For I am in a strait betwixt two, having a desire to depart, and to be with Christ; which is far better: Nevertheless to abide in the flesh is more needful for you (Phil 1:21–24).

The explanation given in the above-cited letter concerning the Gospel of the healing the man born blind is a typical example of dilettantism. The author of this letter has forayed into a realm about which she knows nothing; that is, she is not familiar with the realities of Old Testament life. The disciples asked their Teacher whether the man or his parents sinned because at that time there existed an opinion amongst the rabbis that a child could have good or evil feelings from the time of his conception in the mother’s womb, and is therefore capable of sinning. These opinions were reflected in rabbinical literature. In the Midrash Ga-Gadol for Gen. 25:32 it says that Esau was born first because while yet in the womb, he threatened Jacob that he would kill their mother if he does not yield first place to him. These ideas may seem quite strange to us, but here is what is important about them: they were afoot in Judaic society, and they are what Jesus’ disciples had in mind when they asked Him their question.

Those who believe in reincarnation also take for an example the passage in the Gospels where the Jews ask the great Prophet John the Forerunner, Art thou Elias? And he saith, I am not. Art thou that prophet? And he answered, No (Jn. 1:21). The obvious absurdity of taking this to be proof of the soul’s reincarnation can be seen in fact that the fiery Prophet Elias was taken alive into Heaven, which means that he did not die, and that he never left his body. In the Gospels it is stated outright about St. John the Baptist: he shall go before him in the spirit and power of Elias (Lk. 1:17), and not in some mythical reincarnation. Questions arose also because the Jews of that time considered that the ancient prophets could be resurrected by the Lord and appear among the people. And there came a fear on all: and they glorified God, saying, that a great prophet is risen up among us; and, that God hath visited his people (Lk. 7:16). Herod the tetrarch thought that the Savior was the resurrected John the Baptist, and some thought that Elias had appeared; and … others, that one of the old prophets was risen again (Lk. 9:8).

Further completely foiling any attempts to find the idea of reincarnation in the Holy Bible is the parable of Lazarus and the rich man:

And it came to pass, that the beggar died, and was carried by the angels into Abraham's bosom: the rich man also died, and was buried; And in hell he lift up his eyes, being in torments, and seeth Abraham afar off, and Lazarus in his bosom (Lk. 16:22–23).

No reincarnation here. Both of them died and found themselves in the world beyond the grave: And as it is appointed unto men once to die, but after this the judgment (Heb. 9:27).

The teaching of reincarnation has no evidence to support it. There are no examples in the world in which man lives that could prove the laws of karma to be true. That teaching agrees with neither Christian ethics, nor common sense, nor science. Any reliance upon “recollections of past lives” is discounted by the field of psychology, which has sufficiently studied the syndrome of false recollections.

Now the Spirit speaketh expressly, that in the latter times some shall depart from the faith, giving heed to seducing spirits (1 Tim. 4:1).