Saint Shalva of Akhaltsikhe was a brilliant military commander in the army of Queen Tamar and the prince of Akhaltsikhe. After his victory at Shamkori in the Ganja region, Shalva carried with him the flag of the caliph, as a sign of the invincibility of the Christian Faith, and conferred it, along with the wealth he had won, as an offering to the Khakhuli Icon of the Theotokos. For his selfless service, Queen Tamar honored him with the rank of commander-in-chief of the Georgian army.

During the reign of Queen Tamar’s daughter Rusudan (1222–1245), the armies of Sultan Jalal al-Din stormed into Georgia. Rusudan rallied the Georgian forces and appointed a new commander- in-chief by the name of Ioane Atabeg.

Six thousand Georgians confronted a Muslim army of two hundred thousand near the village of Garnisi. Command of the advance guard was entrusted to the brave and valorous brothers Shalva and Ioane of Akhaltsikhe, while Ioane Atabeg remained with the main body of the army for the decisive battle.

The advance guard fought fearlessly, though the enemy’s army greatly surpassed it in number. The brothers fought with great devotion, hoping for support from the commander-in-chief, but Ioane Atabeg was seized with envy — rather than fear — and never offered them his help. “O envy, source of every evil!” wrote one chronicler of the incident.

The enemy devastated the Georgian army, killing four thousand of its most valiant soldiers. Among them was Ioane of Akhaltsikhe, whose brother Shalva was captured and delivered as a slave to Jalal al-Din.

Jalal al-Din was overjoyed to have the famed soldier and military leader brought before him. He received him with proper honor, offered him cities of great wealth, and promised him more if he agreed to convert to Islam.

Jalal al-Din sought with great persistence to convert Shalva to Islam, but his efforts were in vain — Shalva would not be converted, and nothing in the world would change his mind. So the sultan ordered that he be tortured to death.

After hours of torment failed to kill him, Jalal al-Din’s servants cast the half-dead martyr in prison, where he later reposed.

Through the intercession and protection of Thy Holy Martyr Shalva, O Merciful God, cleanse us from the multitude of our sins! 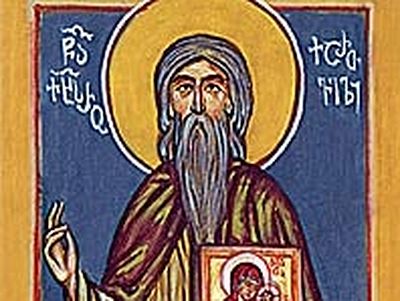 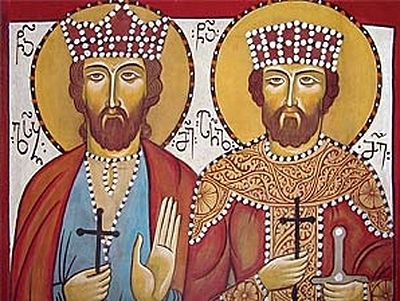 Holy Royal Martyrs Archil and Luarsab (†744 & †1622)
Archpriest Zakaria Machitadze
When the Muslim military leader Marwan bin Muhammad (called “the Deaf”) besieged Georgia early in the 8th century, a certain Mir, the older brother of Archil, was ruling Kartli. The armies of the ruthless invader pillaged everything in their path. Seeing this, the crown-bearing brothers Mir and Archil fled to western Georgia and, praying fervently to God and the Most Holy Theotokos for help, prepared for battle. 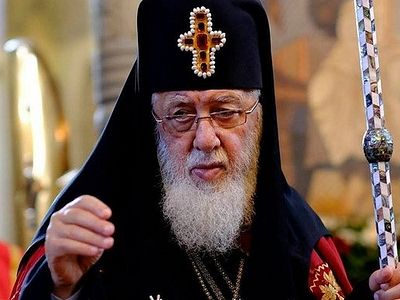 Ilia II: “May God grant that everybody should see in his or her neighbor a brother and not an enemy”

Ilia II: “May God grant that everybody should see in his or her neighbor a brother and not an enemy”
His Holiness informed his flock that a street in Tbilisi where St. Gabriel’s house is situated would be named after him. Also a parcel of land nearby has been allotted where a Church of Venerable Gabriel will be built. 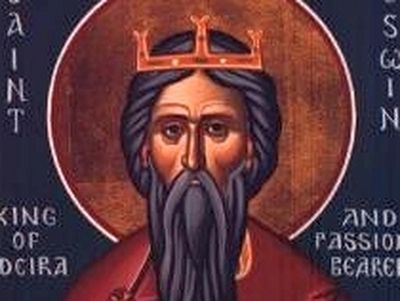 Saint Oswald of Northumbria, King and Martyr
Commemorated August 5/18
Dmitry Lapa
Once Sts. Oswald and Aidan were sitting at the same table on Easter Day. Servants brought the king the royal meal on a large, silver dish. Suddenly one servant informed him that a great multitude of beggars had gathered in the neighbouring streets, waiting for alms from the king. The king at once ordered all the food to be given to the beggars as well as to break the dish into pieces and give them to the needy. St. Aidan then took Oswald by his right arm and exclaimed: “May this arm be incorrupt forever”.

Venerable Zabulon and Sosana, Parents of the Equal-to-the-Apostles Nino (4th century)
Archpriest Zakaria Machitadze
According to Holy Tradition, St. Nino and Great-martyr George were blood relatives. At the same time as St. George’s martyrdom, a certain nobleman, the servant of God Zabulon, arrived in Rome from Cappadocia. Zabulon began to serve in the emperor’s army, and before long he was widely recognized as a courageous cavalryman and a fine soldier.