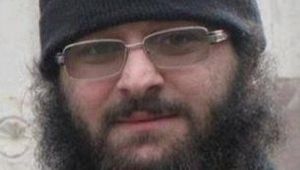 The body of Archimandrite Ilia Kartozia, who was killed in the fire on the ferry Norman Atlantic in the Adriatic Sea, was taken from Italy to Georgia.

Clergymen, his parishioners and relatives met the priest's body at the airport, the Georgian media have reported.

Archimandrite Ilia Kartozia will be buried on the territory of the David Agmashenebeli Monastery in Mtskheta, where he was father superior, on January 20.

According to earlier reports, Archimandrite Ilia Kartozia was among the passengers of the ferry. Eyewitnesses said the priest could have left the ferry, but decided to stay there until all passengers were evacuated. 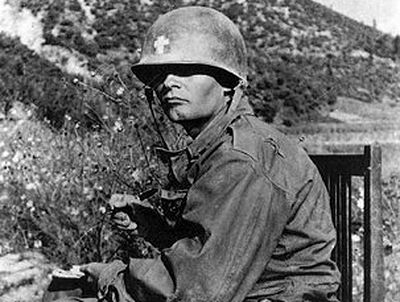 Recognition finally for a warrior priest's heroics US Army Chaplain Father Emil Kapaun stole, suffered and sacrificed his life for his fellow soldiers in a Korean prison camp. Six decades after his death, he is being considered for the Medal of Honor - and sainthood. On 2 November 1950, Father Kapaun made the decision that led to his death. 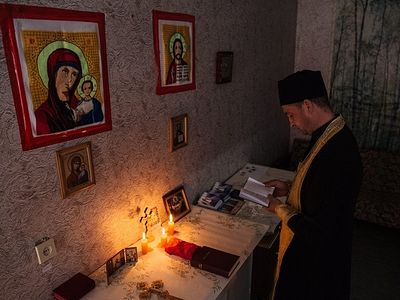 Patriarch Kirill on Donbass priests: “To remain with your people is a heroic deed”

Patriarch Kirill on Donbass priests: “To remain with your people is a heroic deed” In spite of the combat operations in the south-eastern Ukraine, most of Orthodox priests continue to remain with their flock with risk for their own lives. 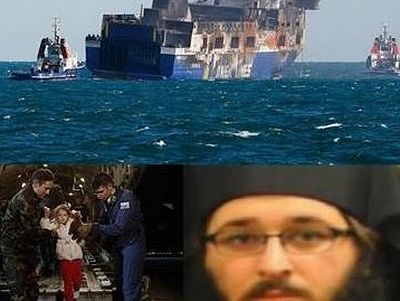 “He told me that God would not abandon us” – the circumstances of death of Fr. Ilia Kartozia have become known

“He told me that God would not abandon us” – the circumstances of death of Fr. Ilia Kartozia have become known Archimandrite Ilia (Kartozia) saved the lives of a Greek lady and her little daughter on the Norman Atlantic ferry at the cost of his own life. The Italian La Republica newspaper relates the details of the incident.
Комментарии
Evangelia Natsiopoulou17 февраля 2015, 18:00
My name is Evangelia Natsiopoulou and my husband's name is Evangelos Tsoukis and we are from Greece. We are survivors of Norman Atlantic. We were together with father Kartozia in the life boat about three hours and we saw how he helped two women to climb the ladder to the commercial vessel "Spirit of Pireaus". We are the last persons who helped to climb the ladder and we own him our lives, because if he wasn't him probably we were dead. After he tried to climb but unfortunately he didn't make it. He was such a good priest and we hope that he rests in peace!