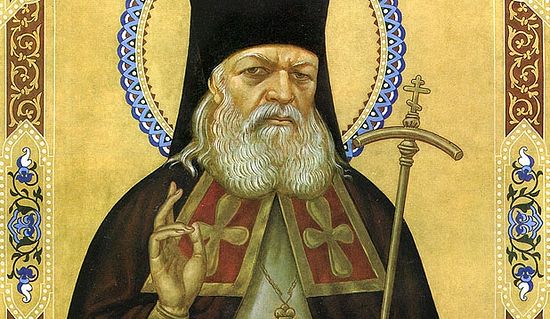 On March 18 the Church celebrates the uncovering of the relics of a great saint and miracle-worker of our times, Holy Hierarch Luke (Voino-Yasnestsky), Archbishop of Simferopol and the Crimea. On St. Luke’s commemoration day, the readers of the Russian site Pravoslavie.ru shared their experiences of his miraculous help. We have translated a few of them for our English language readers.

“She felt as though someone was giving her an operation”

Dear editors, great thanks and a deep bow to you, that amidst the bottomless internet space you appear as an island of salvation and Orthodox faith. We greatly revere St. Luke and would like to share our story.

Our aunt from Georgia suffered all her life—and she is already 55 years old—from terrible attacks of migraine. Everyday she would take a handful of pills just ease the unbearable pain a least a little.

We told her about St. Luke and showed her the film, “Saints of the 20th Century.” She wept and kissed the icon of the saint and asked him for help. She prayed to him many nights, and read his sermons and spiritual instructions. And in around a month a friend of ours from Simferopol brought some oil and a little icon from the relics of St. Luke. Our aunt anointed the painful area with this oil and prayed every day, touching her head to the icon.

One day, when she woke up in the morning, with great trembling and unwavering faith in St. Luke’s help, she told us the following. Just as she had done several day earlier, she prayed in the evening before going to bed, anointed the painful spot with the oil, touched the icon to it, lay down to sleep, and…

After that, she said, she felt as if someone was giving her an operation on her head: They rubbed something on, opened it up, and as if pulled something out. At first it was very painful, but to the measure of its release the painful spot began to go away “from something”. Then that spot burned for a long time like fire, and by morning the pain was completely gone.

Now almost a half a year has passed and, glory be to God, she no longer takes any pills and has forgotten what it’s like to have a migraine.

We have a little boy who we named Luke—our fourth child. During pregnancy and birth I prayed to St. Luke for help and a successful birth, and this help came. We thank thee, holy father Luke, and we honor thy holy memory, for thou dost pray for us to Christ our God!

“As a doctor, I understand that this is almost impossible”

I would like to tell you about St. Luke’s help to my son. Little Vanyusha had a hernia, and I remembered that there was a vial with oil from St. Luke in our house. I prayed to the holy surgeon, and anointed the hernia with oil.

On the next day I discovered that it had disappeared! As a doctor I understand that this is almost impossible. But as a believing Christian I know that what is impossible to man is possible to God. Glory to God for all things!

“The operation was cancelled, and the tumor was pronounced benignant” 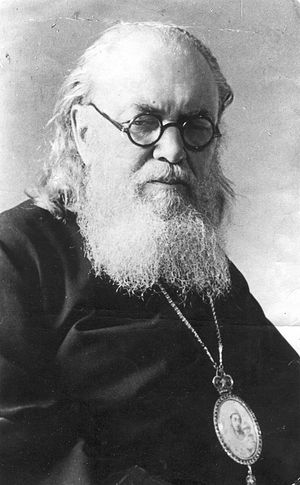 Three years ago I was given a diagnosis of: “hygroma of the Achilles tendon.” My right leg was already ailing without that—cerebral palsy. They scheduled an operation, told me to have a tomogram, and then onto the operating table. I was very scared (this had been the third tumor diagnosis in my life).

Every time I came to church I venerated the icon of St. Luke with the particle of his relics. A week passed, I received Communion and went to have the tomography. And the doctor announced, very amazed, “As you like, but you don’t have a hygroma. This is a fibroma! (a fibroma is a post-operative change in tissue). I said, “Of course I had an operation on the Achilles tendon, but that was 25 years ago! But the doctor insisted: “I do not see a hygroma on the tomogram! This is a fibroma!

Well, the operation was cancelled and he tumor was called benignant. I thank God and St. Luke!

“I said that I would take car of it!

My godson was born sickly, and this was a great blow to his whole family. The boy required many operations, and most of them were performed when he was not yet a year and a half. Of course, we sought help from the Lord, the Mother of God, and the holy God-pleasers.

I had heard about St. Luke of the Crimea but somehow I, a sinner, was not accustomed to turning to him for help. And suddenly I began to understand that in the churches I was more and more often running into icons of St. Luke, and felt his gaze on me, which asked, “Why don’t you ask me?”

There was such alarm and fear, but I had an infinite surety that everything would be all right with the child. After watching a documentary on St. Luke, perhaps my calls for help became especially fervent. He himself came to me in a dream and said that he would help our boy. I hoped that this was a good dream.

The first three operations on the intestines went very well, and the hindrances that came up simply disappeared suddenly. But there was still to be an operation on the head, and when some doubts arose regarding the choice of clinic (the doctors did not promise a very successful result), I as if heard a St. Luke’s words: “I said that I would take care of it!”

“He makes the doctors understand how best to do operations”

Thanks, a thousand times! We always pray to St. Luke for our close ones—and he always miraculously helps. He makes the doctors understand how best to do operations. Enormous thanks to him!!! 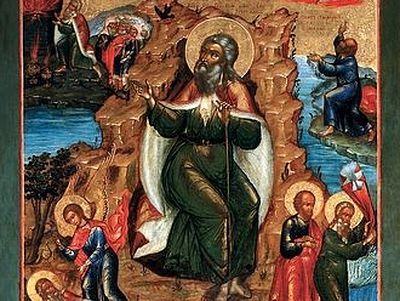 Homily on the Day of the Holy Prophet Elias St. Luke, Archbishop of Crimea

Homily on the Day of the Holy Prophet Elias St. Luke, Archbishop of Crimea But I want the thought to reach your heart that not only does this kind of prayer, which works manifest miracles seen by everyone, not only the prayer of the Prophet Ellias, and the prayers of the apostles, prophets, and martyrs work miracles. I want you to understand that any prayer will work miracles.l 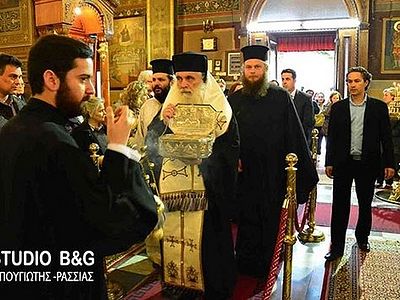 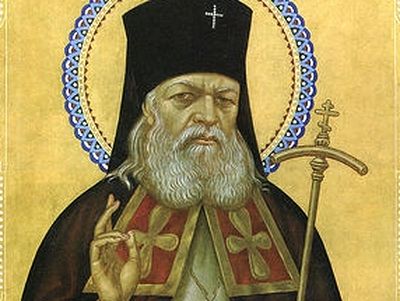 Crimea became a part of Russia on the day of peninsula's heavenly protector On these days all churches and monasteries of the Crimean Diocese uplifted prayers before the icon of Archbishop Luka for multiplying love and peace on the peninsula.
Комментарии

claude Lopez-Ginisty20 марта 2015, 13:00
Dear Brethren, There is a typographical error in one subtitle: “I said that I would take car of it! it should be CARE, not car Thank you for the high quality of your site! In Christ Subdeacon claude ( Lopez-Ginisty)