Former Brazilian presidential candidate Levy Fidelix was condemned by the São Paulo Supreme Court to pay a fine of R$ 1 million (over US$300,000) in a public civil action filed by the LGBT movement. 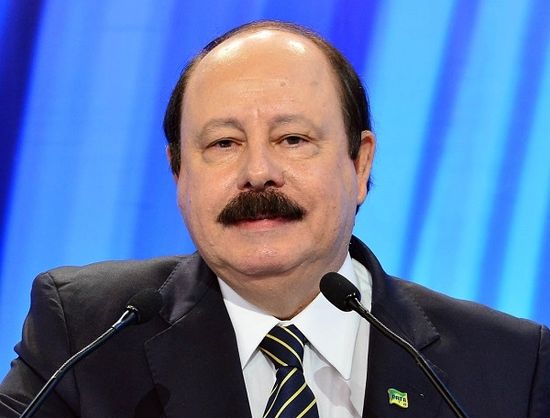 The condemnation, delivered Friday (March 14), deals with declarations that Catholic Fidelix made in an interview in a TV show September 28, 2014, where he said:
“The large intestine does not reproduce… How can I, a family man and a grandfather, be afraid of losing votes? I prefer not having such votes, but to be a moral father and a moral grandfather to teach his child, to instruct his grandchild. Let us end this. I just read that the Holy Father, the Pope, expelled a pedophile from the Vatican. He did very well. He is right! We train our children all their lives in a religious way so that they may really find a good family way.”

Fidelix also recommended psychological treatment for homosexuals and he said that homosexuals should be kept away from families and their children.

In that time, the TV show also interviewed the other presidential candidates, who did not like Fidelix’s view.

Workers’ Party candidate Dilma Rousseff, who eventually won the presidential election, said about his view: “I have already said that I am against homophobia and I think Brazil has reached such a degree of civility that we cannot live together with acts and words of discrimination leading to violence. I think that homophobia should be outlawed.” Rousseff is a leftist with Venezuelan and Cuban connections.

Brazilian Socialist Party candidate Marina Silva said that the declarations of Levy Fidelix were “homophobic and unacceptable in any circumstance.” In the TV show, she had committed herself to mobilize her party, Rede Sustentabilidade (Sustainability Network), to carry on a lawsuit against Fidelix for “homophobia.” Strangely, Silva was eventually portrayed, by a propaganda from an unknown source, as “conservative” in the U.S. media, which was silent on Fidelix and his much more conservative stances.

PSDB candidate Aécio Neves moaned about Fidelix’s declarations, saying, “We absolutely repel those declarations. And as I have already said more than once, in my view all kind of discrimination is crime. Homophobia too.”

David Axelrod, who served as a top White House adviser after helping Obama get elected, had been hired to help build Aécio Neves candidacy for the 2014 Brazilian presidential.

Axelrod was brought to Brazil with the help of former President Fernando Henrique Cardoso, also known by his initials FHC — who is close to former US President Bill Clinton. FHC founded PDSB, the Brazilian Social Democrat Party, whose presidential candidate was Neves.

Longtime Obama adviser Axelrod wrote in his new biography, “Believer: My Forty Years in Politics,” that Obama followed his advice that he should not declare his real position on gay “marriage” so he could avoid opposition from African American religious leaders and others to get elected president in 2008. He said Obama “modified his position” to say he supported civil unions — but not same-sex “marriage.”

Possibly, Axelrod taught his Brazilian candidate to lie about the same issues. Even so, both Fernando Henrique Cardoso and Aécio Neves were portrayed as “conservative” by the mainstream media in the U.S. In this point, I wonder why the U.S. media labels Brazilian leftist politicians as “conservative” if all of them opposed and attacked Fidelix and his anti-sodomy views.

Axelrod’s candidate lost, but the homosexual agenda not. To the detriment of moral issues, especially a resistance to the advance of homosexual tyranny, the focus of political battles has been economic.

Yesterday (March 15), according to Reuters, “Over one million demonstrators marched in cities and towns across Brazil on Sunday to protest a sluggish economy, rising prices and corruption — and to call for the impeachment of leftist President Dilma Rousseff.”
Among those opposing Rousseff were Neves and Marina Silva.

Today (March 16), with Brazilian headlines about the Fidelix condemnation, there was no demonstration, by Neves or Silva, to defend Fidelix’s free speech.

In an ideal world, he would not have been condemned, and Rousseff, Neves and Silva would see millions of demonstrators marching against their leftist agendas.

The São Paulo Supreme Court said that Fidelix’s declarations exceeded the limits of free speech and reflected hate speech. In its ruling, the court added, “[Fidelix’s declarations] reflect a sad Brazilian reality of violence and discrimination against this population group. We, the public authority, have the fundamental responsibility to protect human dignity.”

The lawsuit filed by the LGBT movement also wants Fidelix and his party to pay all expenses for the production of a TV show promoting homosexual rights. Moreover, it imposes a daily fine of R$ 500,000 for each day of judicial order breach.

During the September TV show, where Fidelix made his declarations, a member of Marina Silva’s Brazilian Socialist Party said: The worst thing is that most constituency thinks as Fidelix does.

As Fidelix, most of the Brazilian people are Catholic.

Even not taking his religion in consideration, is his view different from what most Brazilians think? No. According to a study by an institute connected to the Workers’ Party, 99% of the Brazilian people are “homophobic,” that is, they have views contrary to homosexual behavior.

Today, Fidelix has been fined R$ 1 million for voicing a view against the obvious homosexual depravity. Tomorrow, ministers and priests and their members may be the next.

If the Brazilian people do not make demonstrations for Fidelix’s free speech, Cuba, Venezuela, Axelrod, Obama and other antifamily radicals are going to keep in the Brazilian presidency individuals committed to homosexual agenda. 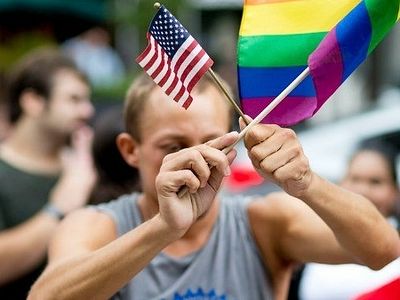 Christian Bakery Refusing To Bake Cakes For Same-Sex Weddings Closes
Fearing future legal battles, the owners of a successful Christian bakery in Indianapolis who declined to bake wedding cakes for same-sex couples have decided to shut down their business. 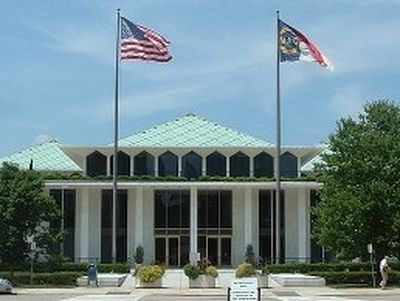 North Carolina Magistrate Resigns Over Gay Marriage Mandate: It ‘Would Desecrate a Holy Institution Established By God’
Kallam, who will leave his position effective October 31, also said that it wasn’t his understanding when he took the oath of office that he would be forced to marry gays and lesbians.

Christian day-care worker fired after refusing to read pro-gay books to children
A Christian child-care worker has been added to the growing list of workers who are discovering that their faith is no longer tolerated in polite society, she alleges.

Brendan Eich: First on the New Blacklist
The new blacklist means that while diversity of races, genders and sexual orientations is mandatory, diversity of thought and opinion is restricted. In Silicon Valley, they burn heretics.

T.D.27 октября 2016, 23:00
The "NWO" or whatever you wish to those opposed to traditional Christian values will doubtlessly find their immoral political agenda hard to force on Latin america.