“The Whole of Syria Will Pass Through Serbia:” Belgrade To Face Five Million Refugees 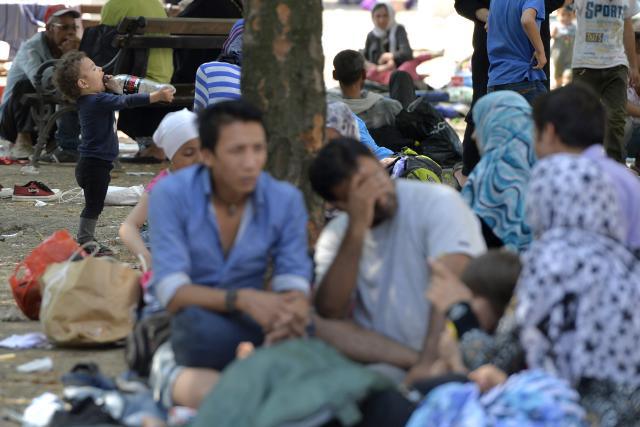 Serbia can expect another wave of refugees at the beginning of autumn—one which will be much larger than the current 1,000 Syrian refugees who enter every day, writes the Serbian daily “Blic,” citing information obtained from Serbian security services.

The second wave is expected to bring the poorest residents of Arab countries where the war with ISIS (ISIL/Islamic State) rages.

According to estimations of Serbian officials about three million new immigrants are on the Turkish border waiting to enter the EU through Greece, Macedonia and Serbia.

“The new wave of immigrants could pose the most risk to the safety and public health of Serbian residents. These immigrants who will arrive in Serbia come from the lowest social structures of their countries. That is why measures for greater control of their movement are being already planned,” says the latest information of Serbian security services that monitor the movement of asylum seekers, writes the daily.

Ivan Miskovic, spokesman for the Commission for Refugees and Migration stated that asylum seekers who apply in Serbia are obligated to undergo a medical examination (blood, urine, x-ray) and that this will continue to be the policy in the future.

“Most asylum seekers in Serbia are healthy people. Only a small number of them have contracted tuberculosis and other diseases. Such people are immediately hospitalized,” said Miskovic.

Currently there are more than 70,000 asylum seekers in Serbia waiting to go to the EU, most from the middle class. Among them you can meet doctors, teachers, professors and those who were engaged in private business in Syria. When asked whether they plan to stay in Serbia, asylum seekers gathered in parks around the bus and railway station in Belgrade answered:

“We see that in Serbia there are no jobs for you, let alone for us, so that is why we do not plan to stay. We have to express our appreciation to the citizens of Serbia who are really trying to help us.”

The exodus of immigrants from Syria is well organized, with a large number found carrying a manual on where to go, which transport to use, and at what prices.

“Immigrants plan to get to Serbia because to them Belgrade is a financial center. Unlike Turkey, Greece and Macedonia, in Serbia they receive a document for applying for temporary asylum, which allows them to raise money in banks via ‘Western Union’ sent to them by their relatives,” stated a security services “Blic” source.

The number of immigrants arriving in Serbia daily will not be falling anytime soon as evidenced by the asylum seekers themselves who believe that several million people will pass through Serbia.

Varit Musa (29) from Syria believes that “the whole of Syria will pass through Serbia.”

“There is a lot of blood on the streets in Syria. They kill women, children, the elderly … I cannot see an end to it. They seek a life without bombs and it does not matter whether it will be in Germany, Belgium, Sweden or the Netherlands. They will not stop until the whole of Syria moves out,” said Musa.

Smail Halil (43), a mathematics professor, agrees. He is traveling with his family to Germany.

“At least five million people will pass through here. They are all running because of the war and are seeking refuge somewhere in Europe. First those who can afford the trip flee, but the situation in Syria is difficult so those who don’t have the money will flee too,” he explained.

Nasrin Mustafa (36) is fleeing with her husband and child from Syria to Germany:

“I saw many people who died and tried to flee until the last moment. This trip requires a lot of money, and not everyone has it. We pay 136 euros for a night in a hotel in Belgrade. We had to call our relatives to send us more money,” says the woman. 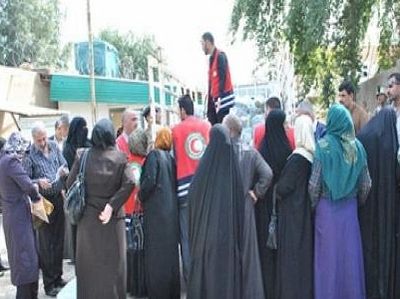 Churches of Kurdistan become asylum from ISIS for refugees Churches of the city of Erbil, the capital of the Iraqi Kurdistan, today are becoming a temporary home for dozens of Christians, Muslims, and Yazides, fled from the terror of the “Islamic State of Iraq and the Levant” extremists. 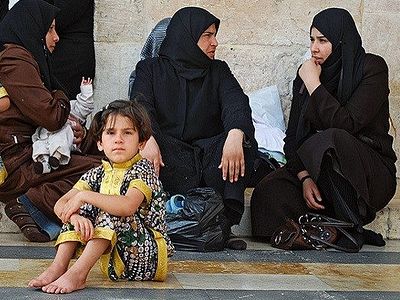 Georgia is ready to give asylum to Assyrian Christians from Syria 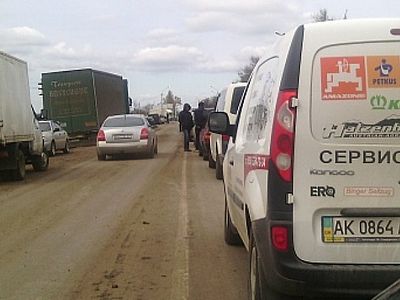 “How our nation was deceived” – Ukrainians are resettling in Russia

“How our nation was deceived” – Ukrainians are resettling in Russia Journalist Alexei Zhuravko from Kherson wrote about his talks at the Ukrainian-Russian border with Ukrainians travelling to Russia:
Комментарии