Russia to Become More Active in Education of Palestinian Youth 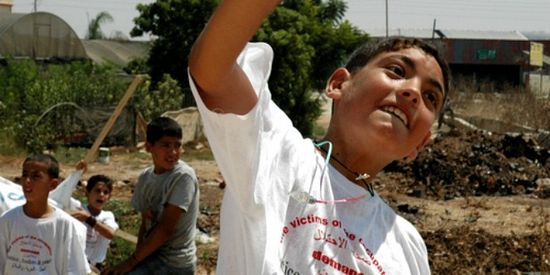 ILLUSTRATIVE – Arab youth taught to throw rocks and swing sticks. Their t-shirts read “victims of the occupation.” Because rocks attacks have killed many civilians, the government is cracking down. (Photo: Justin McIntosh) Read more at https://www.breakingisraelnews.com/54447/russia-become-active-education-palestinian-youth-judea-and-samaria/#6QHCPROOgtW0rjh8.99

For if they fall, one will lift up his friend (Ecclesiastes 4:10).

“We have working structures both in Israel and in Palestine, so we can take upon ourselves this very difficult mission of distracting the Palestinian youth from the actions they have been performing lately, from running with knives after the Jews,” said Sergei Stepashin in an interview to Newsru.co.il, a source of Israeli news in Russian.

Back in the 1990s, Stepashin held such posts as the minister of justice, minister of the interior and the head of Russian Federal Security Service. His visit has been timed to coincide with official registration of the society in Israel.

“Working with youth has always been a priority for us, and it’s better we’ll do this than ISIS. We can use people diplomacy for promoting contacts between the conflicting sides. Both Abbas and Netanyahu understand this. This is a new task for us, and we are ready to fulfill it,” Stepashin added.

In 2014 the society opened a Russian school in Bethlehem where 500 boys currently study. The society plans to open a similar one in East Jerusalem.

“We strongly support this idea, and we will insist on the school using Israeli textbooks and educational curriculum,” MK Zeev Elkin, the Minister of Jerusalem Affairs and Heritage who met with Stepashin during this visit, told Tazpit Press Service.

“This has a potential of positively changing the situation in East Jerusalem.”

“On the whole, the more Palestinian kids will take part in educational projects, the better,” Elkin said. “In this regard Emperor Palestinian Society is doing a good job.”

Russia’s relations with Israel have been extraordinarily positive lately despite its controversial role in the Middle East and support of organizations like Hezbollah and Islamic Jihad which Russia does not consider as terroristic. “We have different opinions on many subjects, but we have learned to live with it and to cooperate,” said Elkin. The MK also heads Israeli-Russian commission of trade and economy cooperation.

The Imperial Orthodox Palestine Society has also been active not only in Israel but in Syria, as well. It has been sending humanitarian aid there since 2013 and is going to open a Russian school in Damascus next month. 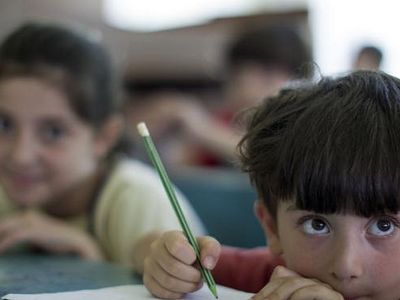 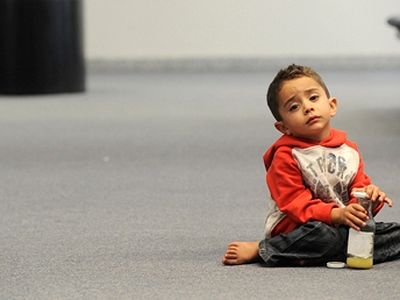