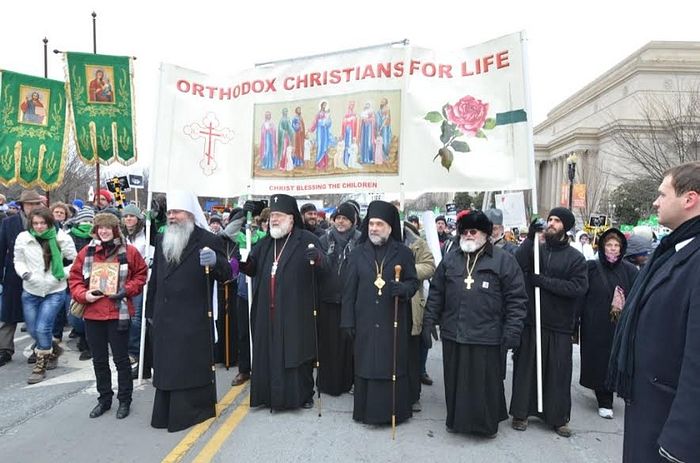 Friday, January 22, 2016 marks the 43rd Anniversary of the Roe v. Wade decision that legalized abortion in the United States, on which Orthodox Christians from across the country will gather in the US Capital for the annual March for Life or participate in similar regional gatherings.

His Beatitude, Metropolitan Tikhon will join other Orthodox Christian hierarchs, students from OCA seminaries, and clergy and faithful from around the country in the annual March, which will conclude with prayers on the steps of the US Supreme Court building for the victims of abortion.

At 4:00 p.m. on Friday—the day of the March—a two-day retreat titled “Pro-Life is Pro-Woman: An Orthodox Retreat on the Sanctity of Life” will open at the Orthodox Church in America’s Saint Nicholas Cathedral, 3500 Massachusetts Ave NW, Washington, DC. Sponsored by the Office of the Metropolitan, the retreat will conclude after the Saturday evening Vigil. It will feature prayer and worship, educational sessions and discussions, and opportunities for fellowship. Speakers include Archpriest Chad Hatfield, Chancellor of Saint Vladimir’s Seminary, Yonkers, NY; Archpriest Eric G. Tosi, Secretary of the Orthodox Church in America; Hierodeacon Herman [Majkrzak], Liturgical Music Instructor at Saint Vladimir’s Seminary; and Khouria Frederica Mathewes-Green, noted pro-life author and speaker.

The registration fee, which includes all meals and lodging, is only $50.00 per participant per night.

“In addition to an open invitation to our hierarchs, clergy and faithful to bear witness to the sanctity of life during the March, we are especially hopeful that many of our youth, young adults and college students will participate in the retreat at the cathedral,” said Metropolitan Tikhon. “Not only is it imperative that Orthodox Christians participate in the March, but the ongoing need for education with regard to pro-life issues, especially among our younger faithful, is crucial in the Church’s ongoing efforts to proclaim the God-given gift of life with renewed fervor. We pray that many of our faithful will attend the weekend retreat as part of their ongoing faith formation.”

For more information on the retreat or to register, please visitwww.oca.org/marchforlife. 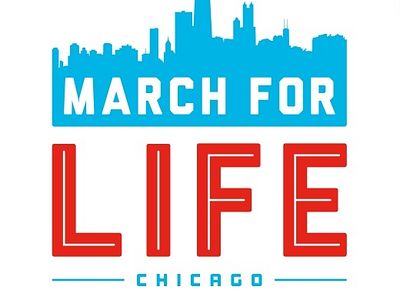 Bishop Paul to offer opening prayer, remarks at January 17 Chicago March for Life “It is anticipated to be the largest pro-life gathering in Illinois, doubling from last year, between 8,000 to 10,000 people,” said Father Andrew. “We encourage all deanery and local Orthodox clergy and faithful to attend and gather under the ‘Orthodox Christians for Life’ banner at 1:45 p.m. to give voice to those who do not have one in the fight against abortion." 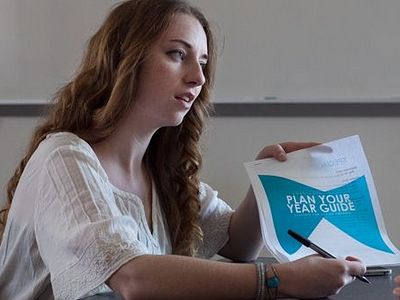 Meet The Pro-Life Millennial This, I realize, is the secret weapon of the anti-abortion movement that doesn't end up in the news: empathy. 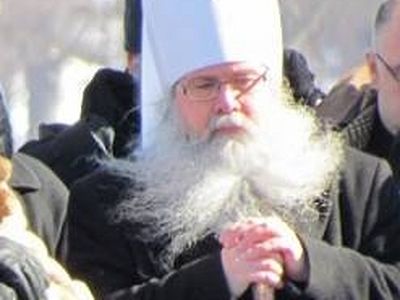