God is a reality 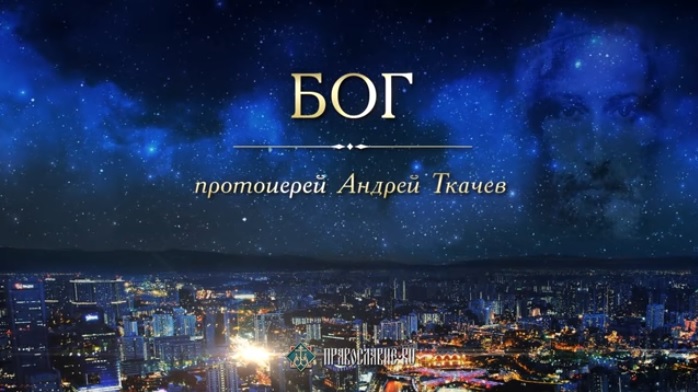 God is He of Whom no questions would arise within us if we weren’t sinful, if we hadn’t fallen from Paradise, as chicks fall from their nest—all would be otherwise, and God would not be a problem. But now God is a problem and a question. Does God exist? And if He exists, where is He? And if He exists and where—then what is He like? What do I owe Him? What does He owe me? A thousand questions arise within us. But none of this would be if we didn’t sin, if sin didn’t blind our eyes. We should recognize that all difficult and tricky questions about God are difficult precisely because of our sinfulness and the darkening of our minds. The darkened human intellect, the weakened human will, the worn-out man—he is disoriented, today he thinks one thing, and tomorrow another, now he thinks one thing, and within half an hour something completely different. Within a single minute his heart can fluctuate from the right to the left, because, again, he is disoriented and clouded.

God is the first and highest reality. Ask yourself what is real for you. The table which I’m resting my hands on is real. The book is real which I can thumb through, read, and retell. Our electric lights are real. The walls are real which I can’t punch through, but if I bump into them I’ll bounce. There’s a number of real things relating directly to me: the cross on my chest is real, the hair on my head is real… But God is much more real, and if we don’t feel it then it’s because we sinned and fell from grace. All have sinned and all fall short of the glory of God.

God is life in and of itself. Life is not bread and water, not flowers blooming, not children being born—these are all manifestations of life. But life itself is God, and He is the first and essential reality. And this primary truth is not obvious to us only because we, unfortunately, are the sinful children of Adam and are darkened by sin in mind, will and feelings. 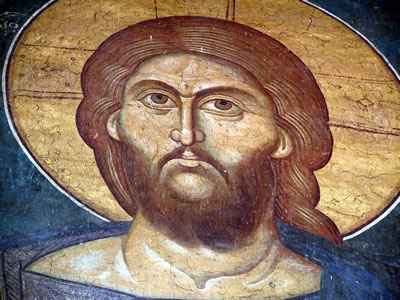 Man returns to God by a very long and difficult path. Man suffers because he is not simply homo habilis—“adaptable man,” not simply homo sapiens—“wise man,” not simply homo erectus—“upright man,” but is homo passus (from “passion”)—“suffering man.” One of the characteristics of the human condition is his constant suffering: either external or internal, but more often a combination of both. He suffers because he lives an unnatural life, outside the Source of life, torn away from it. If anything, it’s like a telephone whose battery is dying, and it beeps, saying: “Plug me into the charger immediately. I have fallen away from my power source, my battery is dying…” And the red light signals that there’s only a bit left … and it shuts down. So it is with man. But God is the Source of life, Life itself, Life under the name of Yahweh (meaning “He Who is” in Hebrew). And we wouldn’t doubt Him if not for sin and the devil, and all of our personal sins, and our mistakes, and so on and so on.

We are all in such a sad condition, which Tyutchev described quite well:

Man “burned and seared by unbelief,
This day makes it unbearable …
And he is aware of his death,
And longs for faith—but does not ask about it.”

We die from unbelief, we die isolated from the Source of life, our battery beeps: “Just a little more, and I will be extinguished…” The socket is close. You have a plug and a charger. The Church exists; the Sacraments exist, but we don’t turn to them out of pride and because we doubt the existence of God and the effectiveness of this power Source.

So the question about God is not an idle one. It is a theoretical and philosophical question; it is an existential question. For the thirsting it is a question of where is the water. If you tell a man in the desert who wants to drink: “I won’t give you water, but here’s the formula—H20,” it would just be mockery. If you tell a modern man, for example, that God exists, but don’t lead him to God, it’s just scoffing. “Where is He? Why am I sick, why am I poor, why did my wife leave me, why are my children sick, why did my dad die?... Why??? Where is your God?” We must give people a grace-filled experience of Divine reality. The Church exists for this.

It is useless to start a conversation about God without the Church, because everyone else is talking about God, but the Church reveals God, however it does so through the righteous, through the Divine services, through the Sacraments, and through its saints. And our pain of heart, our trepidation, our worries exist precisely that man would seek God and find Him. The apostle Paul spoke about it in one of his homilies: the book of Acts presents his words about how the Lord God from one blood increased a multitude of peoples upon the face of the earth and gave a spiritual task: That they should seek the Lord, if haply they might feel after him, and find him, though he be not far from every one of us: For in him we live, and move, and have our being (Acts 17:27-28). He is not far from man—a moral being, and man is a moral being. Such is his identity. Not just an eating, drinking, upright walking, and speaking about something creature, but a creature which questions: “Who am I?” “Where am I from?” “Where am I going, and how should I live?” Only man presents such questions to himself—not the hippopotamus, giraffe, antelope, hamster, rat, or sparrow—no one is more tortured by existential questions—only man. He asks himself: “Who am I?” He needs to seek God that he might feel Him and find Him. So the search for God is man’s most important existential task. 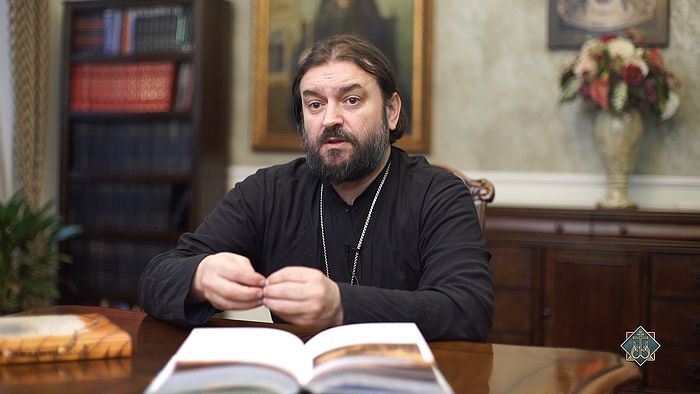 God is an obvious reality, but man is a paradoxical being—God’s beloved creation, fallen away from real life and caught in some fiction, in a kingdom of crooked mirrors—and has lost himself in this kingdom, feeling his great torment and discomfort from his being in this false life. He who feels his sojourn in falsity begins to think and seek: where are You, and why am I here? Who are You, Who has created me? Do You exist? And these terrible, hot questions are born a man’s heart, and gradually God reveals Himself to him.

God is the highest, purest, and most undoubtable reality. I can doubt that you see me, or that I see you. Maybe we’re sleeping, perhaps it’s a dream. We can have doubts about this. But about whether God is a reality—it’s impossible to doubt. He is life, and truth, and the way, and He is reality, clouded for man because the devil played an evil trick on us—and we went along with this trick and called life that which is not life. Therefore the search for God is the search for our true selves, and the search for the true wellspring from which we can drink forever without dying.

But I have only begun to talk about God.

Generally, to speak about God is praiseworthy, because He is here, listening. The Lord hasn’t gone anywhere, He is not far away in Heaven, He is near, He hears our words, and anoints our words with His grace, that they might find some resonance in the hearts of those listening. He will give us the wisdom to speak more and better about Him. As St. Gregory the Theologian says, “to remember and speak of God is more necessary than to breathe.”

Thus, He is life, and He is the first and highest reality. 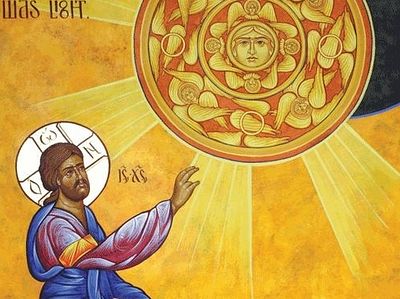 "In the Beginning:" The First Day of Creation
Jesse Dominick

"In the Beginning:" The First Day of Creation
A Study on the Book of Genesis
Jesse Dominick
God is humble so we should be humble, and you can read the Scriptures as being entirely this story—God can do anything, and without Him we can do nothing. If God can create out of nothing He is infinitely greater than us. It’s essential for us to find in every verse and in every moment of life ways to become humble. We hear these verses all the time and it’s so easy to read one verse and pass onto the next, but if we can stop and think about what it’s really saying about God and ourselves in comparison to God, it will help us to find our humility which is an essential beginning point to the spiritual life. 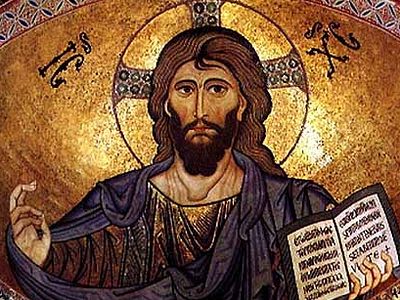 The God Who Educates
Abbot Tryphon

The God Who Educates
Abbot Tryphon
One of the primary differences between Islam and Christianity has to do with the basic view of the nature of God. 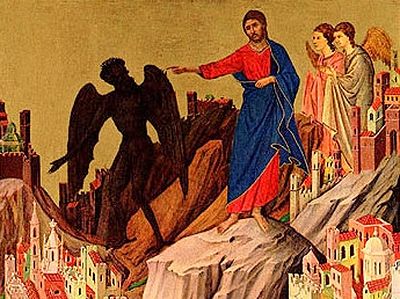 Could Demons Exist?
Fr. James Guirguis
We all want to change, we want to become better humans, some of us want to know Jesus Christ more intimately, some of us want to become saints. These are all big results and if you want big results you better have big faith. And if you want to have big faith you better exercise that faith through prayer and fasting.
Комментарии