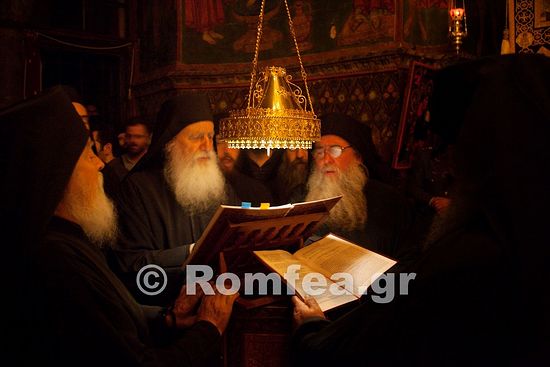 The feast of Deposition (Placing) of the Holy Girdle (Cincture) of the Mother of God (September 13) has been celebrated on Mt. Athos with Byzantine solemnity. Hours-long services have been celebrated in all Athonite monasteries, reports AgionOros.ru. 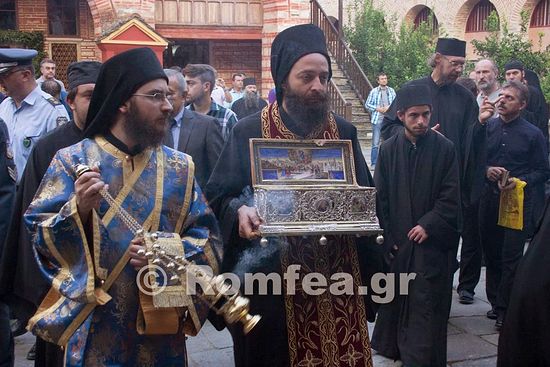 A night service was performed at the Vatopedi Monastery, after which blessing of waters was performed and a procession of the cross around the monastery held. Metropolitan Gabriel of Leontopolis headed the Divine Liturgy. Archbishop Veniamin of Barisaw (Belarus), Archbishop Gurius of Navahrudak and Lida (Belarus), Abbot of Vatopedi Monastery Archimandrite Ephraim, Abbot Christophoros of Grigoriou Monastery as well as a large number of hieromonks concelebrated with him. 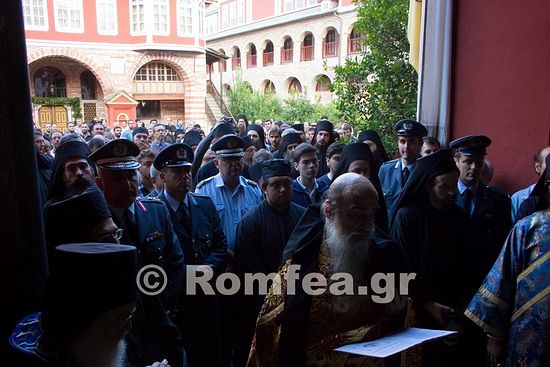 Hundreds of pilgrims from Greece, Russia, Belarus and many other countries were present at the service. They had an opportunity to venerate the Holy Cincture of All-Holy Theotokos, kept at Vatopedi Monastery. 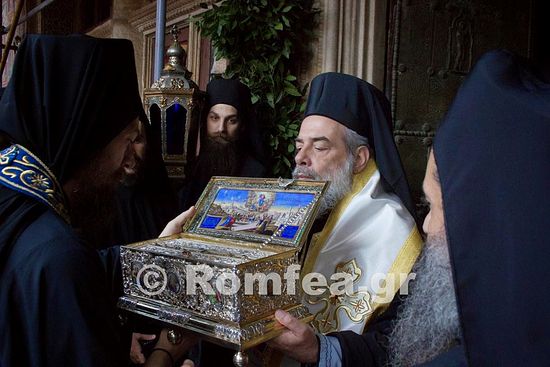 According to the Church tradition, the Mother of God entrusted Her Garments to Holy Apostle Thomas. They were kept on the Holy Land until the 4th century.

Under the Byzantine Emperor Arcadius (395-408), the relic was solemnly translated to Constantinople, and on September 13 (August 31 according to the old calendar) placed at the Church of Blachernae. After numerous miracles had occurred from this relic the event of Placing (of the Girdle of Holy Theotokos) became a universal Christian feast. 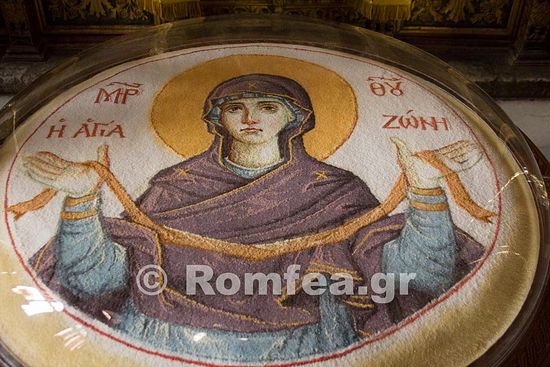 After the invasion of Constantinople by the Ottoman Turks in the mid-15th century most of the relics associated with the Mother of God left this city. A portion of the Girdle was translated to Vatopedi Monastery on Mt. Athos where it is kept to this day. 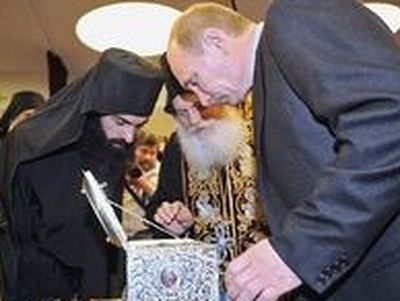 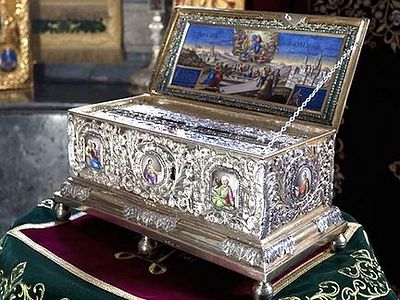 "Most Holy Mother of God, Save Us!" The Cincture of the Virgin Mary Comes to Russia Nun Cornelia (Rees)

"Most Holy Mother of God, Save Us!" The Cincture of the Virgin Mary Comes to Russia Nun Cornelia (Rees) "We have brought you this holy relic because we believe that its presence in your city will bring a great blessing and relief, much grace, protection, and strength. Venerating this Holy Cincture we feel that the Theotokos herself is in our midst, she is in the heart of each one of us." 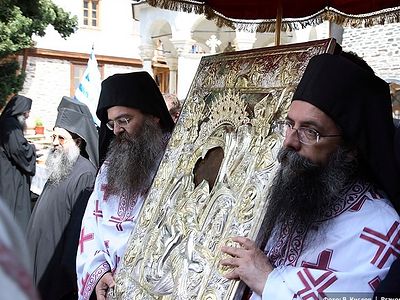 Procession on Mt. Athos with the icon of the Mother of God “It is Truly Meet” ФОТОРЕПОРТАЖ