Orthodox Christians celebrated the Nativity of Christ in the Holy Land 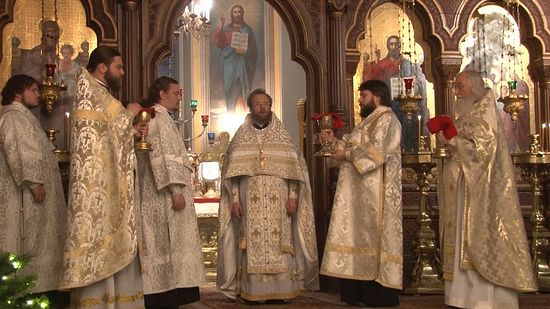 The festal service begins with the Christmas Eve, or “Sochelnik”, which is celebrated on January 6, reports the website of the Russian Ecclesiastical Mission in Jerusalem.

At the Holy Trinity Cathedral of the Mission in Jerusalem the reading of the Great, or Royal Hours, followed by the Vespers with the Divine Liturgy of St. Basil the Great began at 6 AM.

Performing of an earlier Christmas Eve service enables the Mission representatives to take part in the celebrations in Bethlehem, where by tradition the feast of the Birth of Christ is met with a particular solemnity. On this day a special “procession” is held to the site of the Lord’s Birth which symbolizes the Magi, or the Wise Men, who followed the star, according to the Gospel. 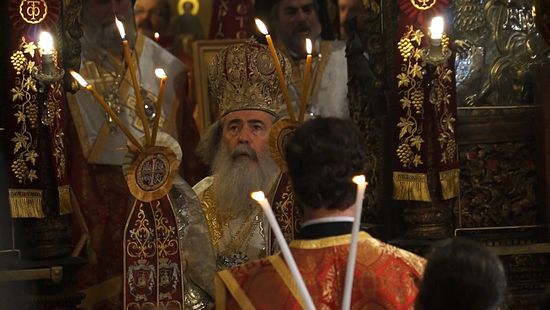 The Patriarch of Jerusalem, accompanied by the hierarchs, in a procession of automobiles sets out from the Jerusalem’s Jaffa Gate of the old city walls, stopping on the way at the Monastery of Holy Prophet Elias and meeting with representatives of the Palestinian administration and the public. 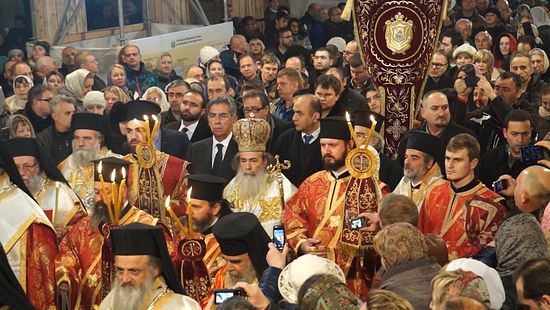 The solemn procession and the meeting of the Patriarch that symbolizes the meeting with the Infant Christ took place in the famous Manger Square opposite the Church of the Nativity of Christ in central Bethlehem. 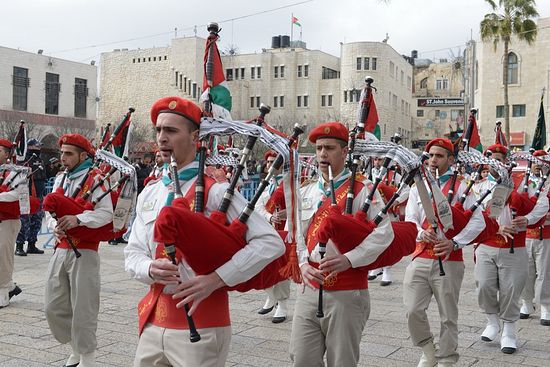 As usual, on this day scouts from Orthodox Arab schools of Bethlehem proceeded one after another, “armed” with various musical instruments.

An assembly of clergy went out of the church and solemnly received Patriarch Theophilos III; among them were representatives of the Russian Ecclesiastical Mission in Jerusalem: its head Igumen Theophan and Igumen Leonty. 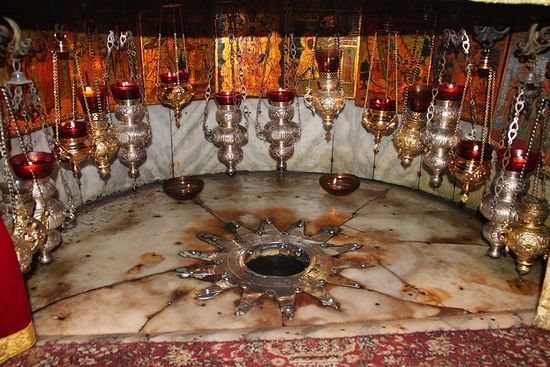 After that the procession walked to the Basilica of the Nativity of Christ where the Christmas Eve services began. The midnight service started with the Matins which was finished by His Beatitude Patriarch Theophilos in the Grotto of Nativity.

This was followed by a procession of the cross inside the church and the Divine Liturgy in the catholicon of the Church of the Nativity of Christ which was headed by the Patriarch of Jerusalem.

The Russian Ecclesiastical Mission was represented by Igumen Leonty. The clerics of the Russian Orthodox Church who are currently on their pilgrimage to the Holy Land participated in the midnight service as well. 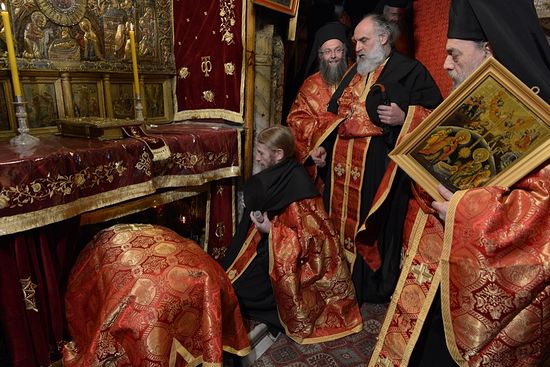 At the same time the Liturgy was celebrated in the Cave of Nativity, headed by Metropolitan Timothy of Vostra (the Patriarchate of Jerusalem). The midnight Liturgy at the Holy Trinity Cathedral was served by Igumen Theophan with the Mission’s clergy concelebrating. 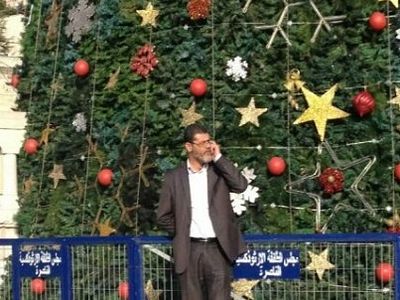 Nazareth pulls out all the (jingle) bells and whistles for Christmas

Nazareth pulls out all the (jingle) bells and whistles for Christmas Childhood home of Jesus gets ready for an influx of tourists during the holiday season. 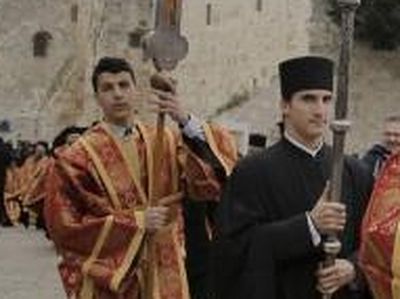 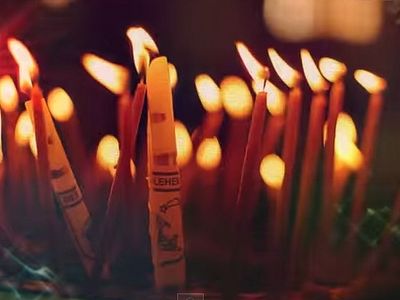