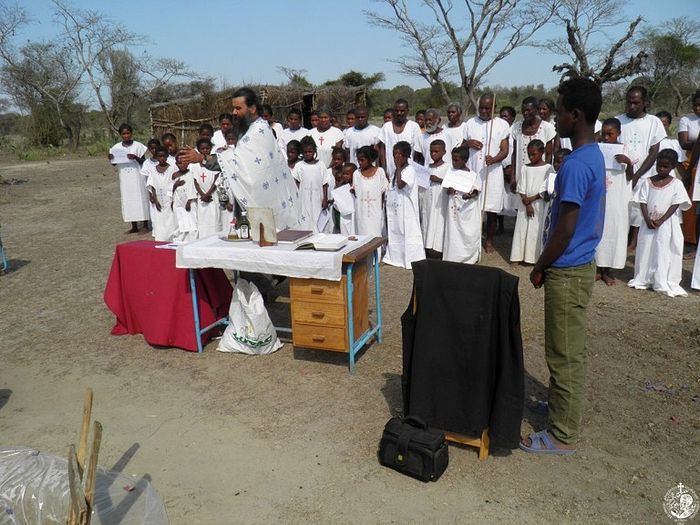 Many times you think that you’re alone at last and that it’s time for you to rest. So, you sit down to relax, but you realize that a new temptation comes up besides the previous ones. An incessant daily whirlwind, a secret war amidst an unabated struggle that comes to fill the story of life, which probably has to be repeated, lest we should forget that we are nothing without God’s strength and grace.

I am at the house of a a very good friend, a bus driver, a Catholic till yesterday, now a very faithful catechumen. The best catechumen I have seen here. We are sitting together and discussing the progress of the new parish in his city, Sakaraha. Just like my good brother envisages it.

When you walk on the missionary path, you come across many unknown people. However, an invisible connection always brightens every encounter and, although you know nobody, in your heart starts a relationship more significant than that of brothers in the flesh, a spiritual bond, which leads you through a one-way road to sacrifice and makes you give your whole existence for the completion of the ultimate goal. Not because you want it, or you deserve to become an agent of the miracle of salvation, but simply because this is God’s will.

The conversation has been going on for hours and once more, the night finds me close to the people I love, hearing their grievance; a grievance that sounds like a monologue, like a monotonous wail heard daily in this land out of eveyone’s mouth, from the younger to the older.

—Here we have bad news, father.

With a lot of interest and curiosity I continue the conversation, although I already have a feeling of how the discussion will end up.

—What do you mean?
—My wife fell asleep in the Lord in August. I was looking for you, father, but your phone was switched off.
—I was away in Greece.
—Yes, I know. But I needed a little help for the woman. I had run out of money… Eventually she passed on. The problem is the baby, though. It hasn’t nursed since the third month and now it is eight.

I knew that it is very tough for a baby not to be nursed for so many months. The next day the father brought it over and showed it to me with joy. 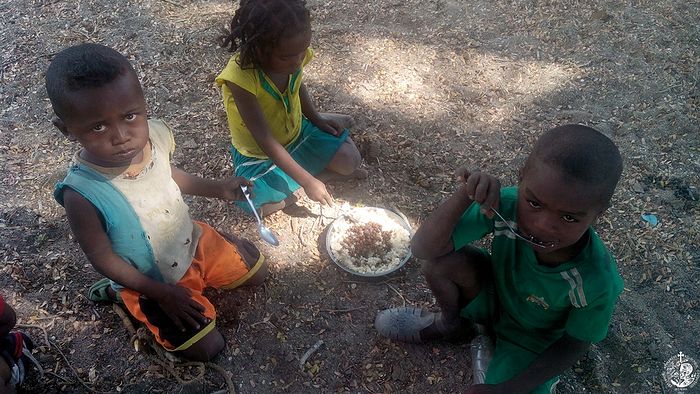 But what I saw before my eyes was tragic: an eight-month-old infant with an aged skin looking like 70 years old: soft and wrinkled. I asked the father what the infant ate and he said, mostly rice, and at times some milk, which a Catholic nun gave him. I told him that the child needed milk immediately. In the afternoon, I went to the pharmacy and bought him special milk for infants.

He left the same day for his home. At 8 o’clock in the evening I called him and he thanked me for the milk. The boy had drunk his milk with large appetite.

One hour later he called and said that the child had suffered a sudden relapse. I asked him to bring him to Tulear, but filled with immeasurable sadness he announced that nothing could be done any more, because the doctor had already declared his death.

The father, a wonderful man, like whom I admit I have never met before, is now my best friend. A very faithful catechumen, much more faithful than me, with a simple, childlike heart. He was incredibly grieved at the loss of his child and wife. But he didn’t giveup. He continued his struggle. He stayed with me and, instead of me offering him consolation, it was he who consoled me in my sorrows and struggle. 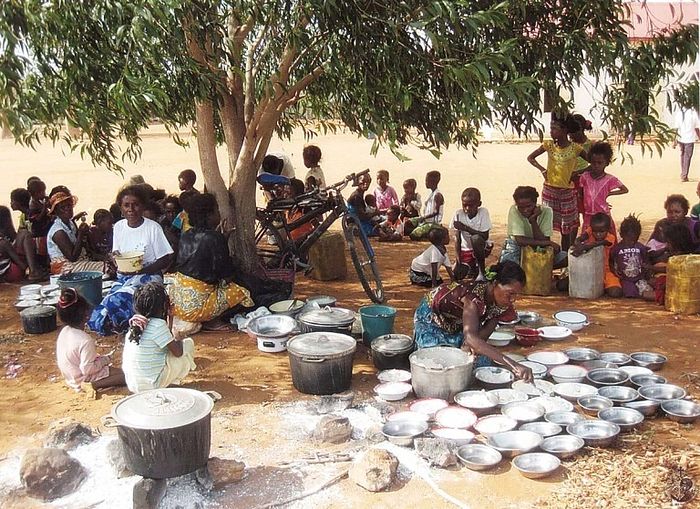 He was a bus driver. It is there that I met him. When his bus was waiting at the capital to be filled with passengers, which can take many days, he usually stayed inside with the doors shut in usually unbearable heat and prayed, he ceaselessly prayed.

Only yesterday did he confess to me that he did not mind being left alone, because now he can shut his room’s doors and pray without distractions… Tears, he says, drop in abundance…

Now, I am sitting in my office and thinking, thinking about my faults and others’ faults, people’s pain and courage, and images are passing in front of my eyes one by one. One of these days I was informed of three children’s death in one of our parishes. Probably it was due to an epidemic. The father described in tears the last moments of his little son, when the dizzy child was hitting his hand and begging for help. Of course, I was trying to offer him some consolation. But which human word can heal human suffering in such moments as these? And yet, these people don’t get indignant. Above all, they do not quarrel with God. They don’t even think about it, but they accept God’s plans, maybe with feelings of bitterness and pain, but never with anger or despair.

Now, I am bending over the paper and thinking; Who after all, writes human history? Who changes the world? What does God want from us? Who builds and who destroys? Do we ultimately destroy, instead of building?

Most importantly, who are the heroes in this world? Those bearing a hero’s name? Christian, faithful, missionary, father, brother, spiritual father… there are so many names, but is it the name that really matters?

History is not written on paper; history is written with many labors on the soil, in the mud, through the slums and huts, in diseases and sorrows, with struggle and usually with blood. 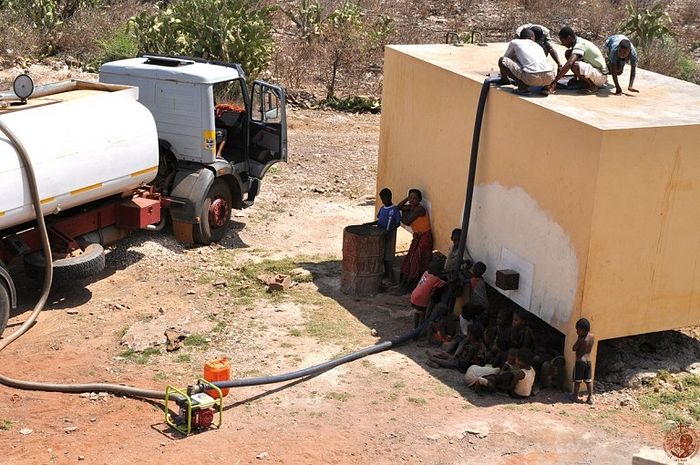 Let us not deceive ourselves. Names are not enough. Simply because God does not care about names drafted on paper, but about the name hidden in the heart. Sooner or later, He reveals it and presents it before us according to His own will. Like a mirror reflecting us in the state we should be, but usually are not, so that we can pity ourselves and make a beginning for the new life and eventually learn how to build souls. History is written in this way, not on paper but on the heart.

Truly, our little birds, our little children here, perish singing and their chirping remains indelible in our memory. It is a chirping that like a moral injunction compels you to live and fight in this crummy world despite the difficulties, despite the toughness you see around you and the sadness confining your heart.

Sometimes, this singing is our great consolation and some other times it is our big mortgage in this life. One really hopes they will leave this world like these little birds, chirping and rejoicing in the midst of the bitterness of this world. 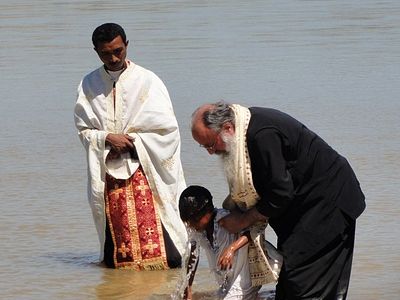 Fishing for Souls in the 4th Biggest Island of the World Bishop Ignatios of Madagascar "New institutions will start operating very soon, since they were inaugurated during our Patriarch’s visit. Such buildings are the orphanage, the new wing of the hospital, the University and some churches. We give glory to God and thank people for the blessings they gave us." 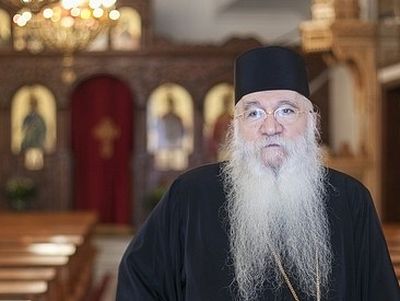 Greek Orthodox expanding the faith in UAE Greek Orthodox Christians are building a church in Mussaffah to accommodate the hundreds of worshippers living in the capital. 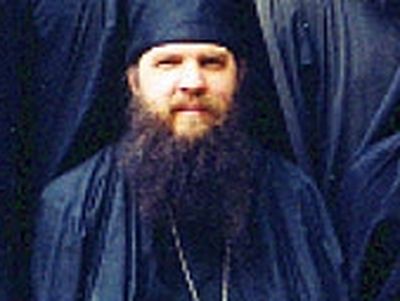 Preaching the Gospel of Christ in the Modern World Hieromonk Damascene (Christensen) In discussing what it means to bear witness to our Faith, we should emphasize that, in all situations, we must act and speak with love. Christ told His disciples: By this shall all men know that ye are My disciples, if ye have love one to another (John 13:35). We have the fullness of Truth, yes, but this Truth must be spoken and given in love, lest it be corrupted in the very manner in which it is presented. People will look for God in us, and if they see no love there, they will not recognize the presence of God, even if we know all the Orthodox dogmas and can recite Scripture verses and the Nicene Creed by heart.
Комментарии