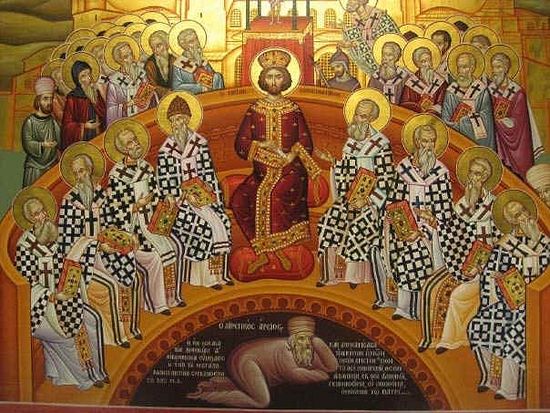 Sponsored by the Dioceses of Glyfadas, Gortinos, Kithyron, Peireaus and the Synaxis of Clergy and Monastics, a conference addressing the upcoming Pan-Orthodox Council on the island of Crete in June will be held on Wednesday, March 23rd, 9 am - 9 pm in the "Melina Merkouri" Hall of the "Peace and Friendship" Stadium, in Peireaus, Greece.

- Ecclesiological and Pastoral Problems of the non-participation of all the bishops of the Church
- The Church and Politics
- The Theological Dialogues and their Failure
- Old and New Calendar and the Celebration of Pascha
- Can a Pan-Orthodox Council redefine the traditionally understood borders and identity of the Church by assigning "ecclesiality" to the Heterodox?
- The Ethical and Canonical issues slated for discussion and the institution of fasting
- The absence of the clergy and laity at the Pan-Orthodox Council: A Pan-Orthodox Council without the fullness of the Faithful
- The Recognition of Baptism as the Basis for a New Ecclesiology (Alignment with Vatican II)
- The Holy Canons and the Pre-Syndoical Text: Relations of the Orthodox Church with the rest of the Christian World"
- The Inter-religious opening up of Orthodoxy in the Program of the Pan-Orthodox Council
- Orthodoxy Before the Challenge of Religious Syncretism
- The 8th and 9th Oecumenical Councils: Issues which the Pan-Orthodox Council should address 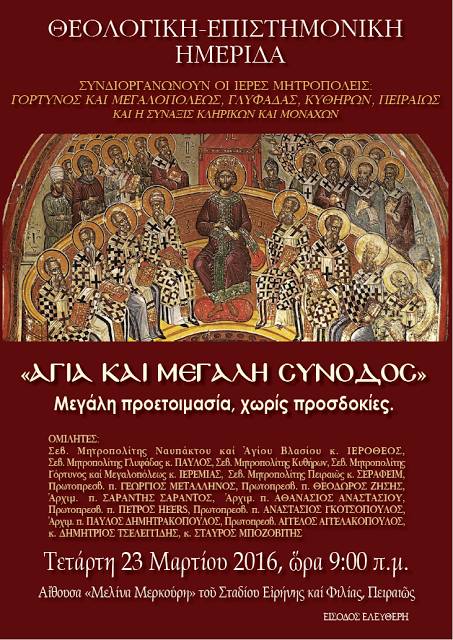 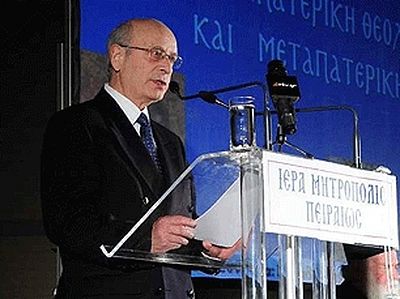 Observations on the Text Prepared for the Pan-Orthodox Council: “Relations of the Orthodox Church with the Rest of the Christian World”
Dr. Dimitrios Tselengidis 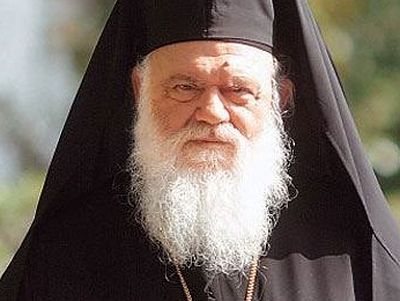 Archbishop Ieronymos of Athens Abstained from Pan-Orthodox Council Due to Actions that Undermine the Church of Greece
His Beatitude Archbishop Ieronymos submitted a letter to the Holy Synod which demonstrates that his reasons for not attending the Pan-Orthodox Council were not "personal" but rather stem from actions that undermine the authority and reputation of the Church of Greece. 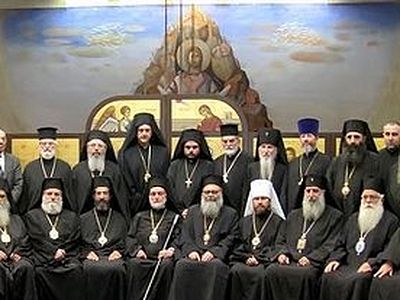 The Sacrament of Marriage and Its Impediments

Pan-Orthodox Council: The Sacrament of Marriage and Its Impediments
The institution of the family is threatened today by such phenomena as secularization and moral relativism. The Orthodox Church asserts the sacral nature of marriage as her fundamental and indisputable doctrine. The free union of man and woman is an indispensable condition for marriage.
Комментарии

Ellen16 мая 2016, 18:00
Hi, could you please tell me about the icon featured on the flyer, or direct me to where I might learn more about it? I am interested in the artist and time period. Also, I would like to know the English translation of the writing around Arius. Thank you!

Paok10 февраля 2016, 04:00
Glory to God in the highest. Here we have the faithful lovers of truth ready to counter the tyrannical rule of the EP. May God give them grace to speak the truth in love, awaken the faithful and bring illumination to our Patriarch in Turkey.