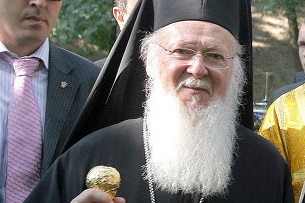 According to the Turkish newspaper Milliyet, Greek Orthodox Patriarch Bartholomew said that Greece’s crushing economic crisis has made life so desperate that many people are moving to Turkey.

The newspaper said that the Patriarch noted that Greeks who left the country in the past, as well as those with familial roots in the country, are looking to go east to Turkey.

“Although Prime Minister (Recep Tayyip Erdoğan) invites (the Greeks of Istanbul origin,) it is not easy for them to return. But I wish they would return. In Athens, there is a federation for those who are of Istanbul origin. This federation demands the return of their citizenship from the Turkish government,” Bartholomew said.

He also stressed that Greeks could be granted the Turkish citizenship so as to be encouraged in order to take the decision and migrate to Turkey, but highlighted the fact that the move itself would not be enough because those who have departed do not own any land or real estate in Turkey.

Moreover, the Patriarch said that “(Their properties) were either sold or occupied. Their children do not speak Turkish. They study at foreign schools in Athens, Thessaloniki, or other parts of Europe. They need to find a job and have some guarantee for future.”

Bartholomew referred as well to the events in Sept. 6-7 in 1955, during which many minorities of Turkey, including the Greeks, were forced to leave Turkey as a result of pogroms against them, reducing Turkey’s Greek population from 120,000 to just a few thousand.

As for Hagia Sophia, the spiritual leader strongly stated that “We want (Hagia Sophia) to remain a museum. It served as a Christian church for nearly a millennium. If it is to be opened for prayers, it should be a Christian church again, since it was established to serve as a church, not as a mosque.”