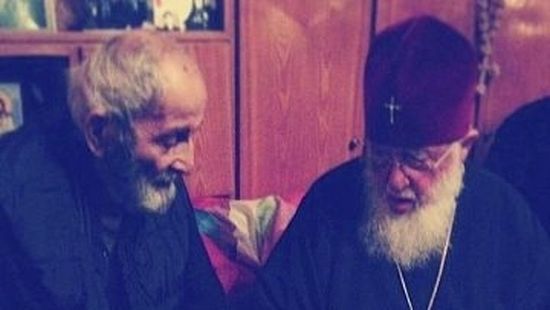 The body of newly departed Monk George was buried on October 2 in the courtyard of the Samtavro Convent in the historic city of Mtskheta (one of the oldest continuously inhabited cities in the world) near Tbilisi, reports Novosti Gruzia (“News Georgia”).

The Georgian prime minister Irakli Garibashvili and members of the cabinet of ministers were present at the burial.

The elder brother of the catholicos-patriarch reposed at his home in Mtskheta on September 30. Recently he was often ailing.

The Russian Orthodox Church has conveyed its condolences to the head of the Georgian Church in connection with his brother’s repose.

“On behalf of His Holiness Patriarch Kirill of Moscow and All Russia and personally from myself I am asking you to accept our sincere condolences on the repose of your brother, Monk George,” reads the letter, sent by Metropolitan Ilarion of Volokolamsk, head of the External Church Relations’ Department (of the Moscow Patriarchate), to the head of the Georgian Orthodox Church.

“We believe that the labours for the good of the Church that Brother George performed over many years, and the labor of monasticism that he took up by the end of his life, will be rewarded by our All-Merciful Savior and Lord Jesus Christ in the incorruption of the eternal life. We are praying so that the Lord might give rest to newly departed Monk George in His eternal abode,” the letter reads.

Viktor Shiolashvili was born on December 11, 1929, in Sno village of Georgia’s Kazbeki district. He was the sixth child in the large family of George Shiolashvili and Natalia Kobaidze. He was married to Mariam Chochoshvili. They had two children, five grandchildren, and eight great-grandchildren.

From 1970 Viktor Shiolashvili served at the catholicos-patriarchate (of Georgia). After the repose of his spouse on September 4, 2013, he was tonsured a monk with the name George and then served at the St. George’s Monastery in Mtskheta (near Tbilisi).

Catholicos-Patriarch Ilia II: “I will ask the Lord to give the people strength” 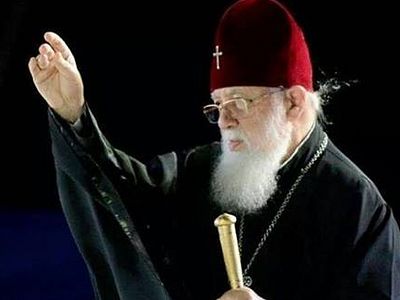 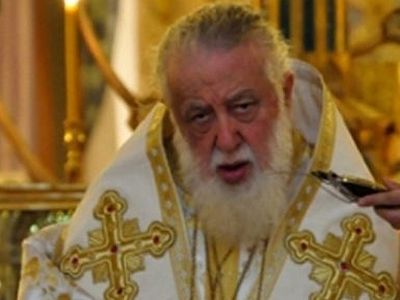 Patriarch Ilia II asks media to stop traumatizing people with crime news At the Holy Trinity Cathedral Catholicos-Patriarch Ilia II of All Georgia addressed his flock with a Sunday sermon, singling out the journalists and “the establishment”, asking them to stop spreading death propaganda.
Комментарии