Tears of Sorrow, Tears of Joy

Soon afterward he went to a city called Nain, and his disciples and a great crowd went with him. As he drew near to the gate of the city, behold, a man who had died was being carried out, the only son of his mother, and she was a widow; and a large crowd from the city was with her. And when the Lord saw her, he had compassion on her and said to her, “Do not weep.”  (Luke 7:11-13) 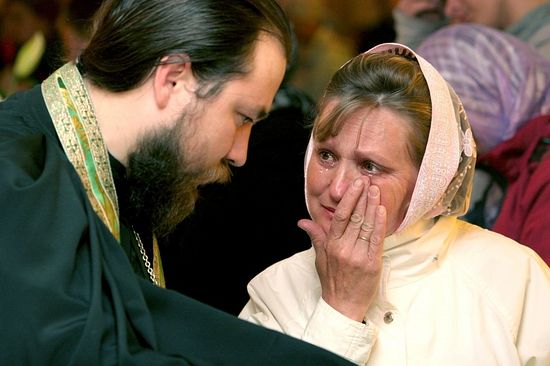 We know from the Scriptures that our Lord Jesus Himself wept (John 11:35). The Christ was moved to tears by what He encountered on earth. He was also moved by the tears of others, acting compassionately towards those who wept. He was moved by the cries of those in desperate need, and in the Gospels never refused to answer the requests for His mercy.

Tears move the Lord of the universe, and in the spiritual tradition, tears in prayer and repentance are seen as a gift from God to us, which in turn move God to compassionately show mercy on us. 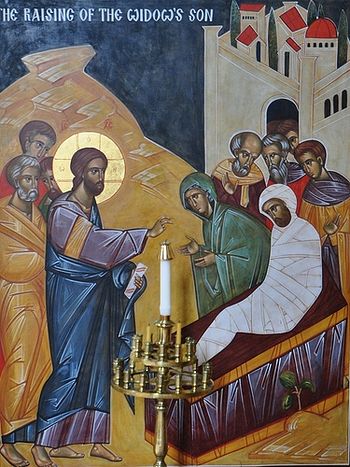 In the spiritual tradition of the Church one can find the Fathers frequently speaking about the gift of tears and seeing them as being essential to the spiritual life. One writer, however, expressed some reservation about tears: known as John the Solitary (Syrian, 5th C), he is thought to have influenced St. Isaac of Nineveh who was an advocate for the blessing of tears to the Christian. John the Solitary writes:

“Let us come then to the distinction of tears poured forth, to see what thoughts provoke them in the understanding, according to the three classes.

Well, the tears of the bodily man, even when he weeps before God prayer, are provoked by the following thoughts: anxiety about his poverty, remembrance of his misfortunes, concern for his children, suffering coming from his oppressors, care for this house, remembrance of his dead relatives, and other such things. The continual harassment of these thoughts augments his sadness, and from sadness tears are born.

John the Solitary acknowledges that there are many things that might move us to tears when we are praying to God. He understands that not all tears are equal for they result from different causes. Many are moved to tears by self-pity. They realize that there life or the life or their loved ones is difficult, wrought with trials and tribulations, and often they wish to be spared such sorrows. They are moved to tears by what they experience in the world. While these tears are noble, yet because they often are self serving, they are not the most spiritual of experiences as they are not based purely in love for others.

At the mental stage, tears in prayer are provoked by the following thoughts: fear of judgment, a conscience burdened by sins, remembrance of God’s goodness to himself, meditation on death, the promise of things to come. Through persistence in these thoughts, there is an inward awakening of the emotion of tears. Now if there are other people around this man, unless he exercises extraordinary vigilance, his tears will not be caused by these reflections. He will begin to be tainted with the passion for human glory, as he considers their number and his presence among them, and then it will be human respect which excites his tears through vainglory.

For John the Solitary, one can progress spiritually, and one’s tears can be for more spiritual reasons: one begins to think about the end times and God’s judgment of the world. In this one is beginning to think more about God, but still the tears can be self-serving: one wants God to pity one’s self in order to save one’s self. Sometimes at this stage people want others to note when they feel this deep sorrow, and so they are motivated but what others think about them. One might want one’s father confessor to note one’s sorrow, for example.

The tears of the spiritual man are determined by these thoughts: admiration of God’s majesty, stupefaction before the depth of his wisdom, the glory of the world to come, the straying of men, and other such things. Through persistence in these thoughts, tears spring up before God. Moreover, these tears come from no sadness, but from an intense joy. These tears are born from joy in the same way that many persons, seeing their friends after a long absence, weep with joy at their sight.

When one is moved by love for others rather than by self-love, tears stem from joy not sorrow. One is overwhelmed by the mercy, gentle forgiveness and love of God Himself. One understands God’s salvation is a gift, and one is moved to tears both by the goodness of God, but also by the fact that humans often willingly disdain God’s love. 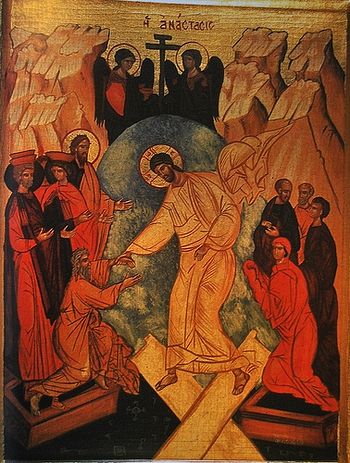 There are also tears of the spiritual which come from sadness, and here is their cause: when he remembers men and thinks how they have strayed, he weeps as did our Lord entering Jerusalem, or again when it is said that he was afflicted by the heaviness of their heart; or as Saint Paul says, ‘I speak of them even with tears’ (Phil 3:18), or again as it is written of him in Acts that for three years he had not ceased to weep (Acts 20:31). Yet note that these tears were not caused by a feeling or mood, but by thoughts of the soul on the straying of men or on their sufferings and miseries, or because they were begging help from heaven. The spiritual man is not quick to weep, given his habitual joy; if he does weep, it is because he is moved by mental thoughts, as I have said. Take Simon Peter: because of the remembrance of his denial of Our Lord, he wept bitterly. In fact, each time Our Lord wept, the evangelist noted which thoughts made him weep; for example, when he looked into the dispositions of men and considered their dead heart, he wept over them. On the other hand, when man’s mind is in the region of the spirit he does not weep, just as angels do not weep.

Spiritual tears do not arise from emotion, but stem from understanding. They are more related to will and how we choose to see the world, rather than on how we emotionally respond or react to what we see. But in this teaching, John the Solitary certainly has reservations about thinking tears are always a gift from the Lord. One can be moved to tears for reasons that are not always based in love for God or others.

Moreover, if tears came from a spiritual state, the just would always weep in the kingdom, since there they are spiritual. In spiritual conduct, therefore, there are no tears. In spiritual growth, then, what is the degree of him who weeps ceaselessly, if it be not that of the child who weeps ceaselessly? And just as the child, to the degree that he approaches the age of an adult, abstains from crying as he waits to arrive at an age when it will be improper to weep at all, so it is with him who persists in tears of all sorts. If God allows him to approach spiritual growth, to the extent that his understanding grows spiritually, he ceases to weep and is in joy. As for the one who has no inward sorrow and who is never moved in any way, he is in comparison with the spiritual man like a child not yet born in comparison with an adult at full man stature. One who is not yet born is entirely in the womb. As for the man who has no sorrowful repentance of soul, his whole mind is enclosed here below, and cannot go out into the other world through aspiration.” (Irenee Hausherr, PENTHOS, pp 151-154)

One of the fascinating things – and I think unusual in the Orthodox tradition – about John the Solitary’s comments is that he sees joy rather than tears as the normal state for the believer. He has the believer living in the joy of salvation rather than wallowing in despair as a sinner. Of course, he acknowledges if one has no sense of sin and need for repentance, one is trapped in this world rather than living in the joy of the Kingdom. Nevertheless, his emphasis is on joy – the Christian moves from the sorrow of this world to the joy of the Kingdom. It is a good joy which can not be taken away (Luke 10:42).

Rejoice and be glad, for your reward is great in heaven(Matthew 5:12)

Rejoice in the Lord always; again I will say, Rejoice.(Philippians 4:4) 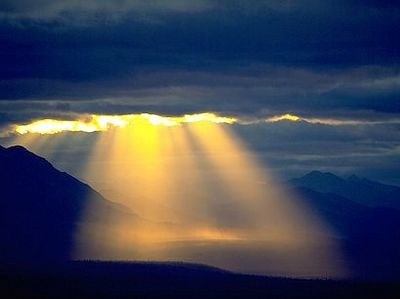 “For Thine is the Kingdom, and the Power, and the Glory forever. Amen.” Fr. Alexis Trader

“For Thine is the Kingdom, and the Power, and the Glory forever. Amen.” Fr. Alexis Trader The Kingdom, the power, and the glory all bespeak God’s purifying, illumining, and deifying grace that can completely transform the children of Adam into children of light. They are His, indeed. But we also knows that He desires that they be ours. For from Christ’s own lips, we hear about the “kingdom prepared for you from the foundation of the world” (Matthew 25:34). 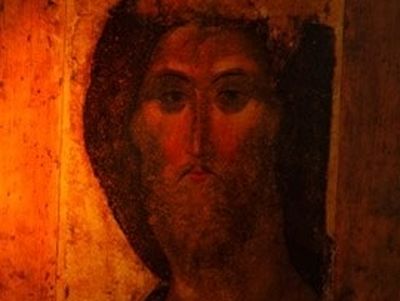 The secret behind the Bible’s most highlighted verse

The secret behind the Bible’s most highlighted verse Joel J. Miller There’s nothing scientific about the survey, but it does seem significant that the most highlighted passage in the most highlighted book addresses worry, doubt, and disquiet. The problem is that these verses don’t fully address the problem.
Комментарии
Joseph Bell18 сентября 2015, 06:00
I have a secret to tell: Any tears combined with prayer is acceptable to God. As soon as you are crying pray to God for your need. He can not bear to see His loved one crying. He will almost always give you what you ask right away. "If a son shall ask bread of any of you that is a father, will you give him a stone?" (LK 11:11) He loves you, and so do I.