For this Christian, a license means little 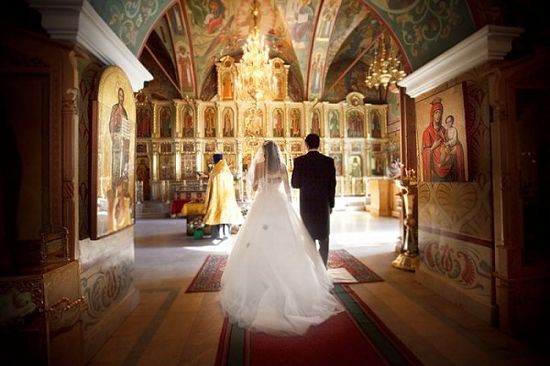 Kim Davis is either a folk hero or a bigoted dinosaur, depending on one’s perspective.

The Kentucky county clerk poured gasoline on the smoldering controversy over the Supreme Court’s redefinition of marriage with her refusal to issue marriage licenses despite being jailed.

Reactions to her stance have reflected a sharp fault line between militant progressives and militant religious conservatives. But after wrestling with her case, I seem to be living outside the earthquake zone.

While I admire Davis’ resolve, and am glad she didn’t cower under incarceration, my sympathy is tempered by the fact that as an Orthodox Christian I’ve never understood civil marriage to have much theological significance in the first place — so the morphing of that secular institution is a far less distressing development to my faith.

In Eastern Orthodoxy, marriages among the faithful have been understood since ancient times to be the unique province of the Church. When Orthodox Christians marry, they must do so within the Church, according to its definition of marriage, and not the state’s.

This definition is provided by the prayers and readings of the marriage service itself — which goes back to Christian antiquity and assumes fidelity between one man and one woman, open to the gift of children.

The service contains such blunt, repeated prayers for procreation that couples sometimes blush. It would frankly be bizarre to imagine such prayers being said for two members of the same sex. So the rite of the sacrament defines its meaning. With that rite unchanging, the definition is changeless.

Without intending any polemics, I feel genuinely sorry that for Kim Davis and her fellow Protestant Christians, no such normative touchstone exists in their tradition — so that the state’s secular definition carries more weight. 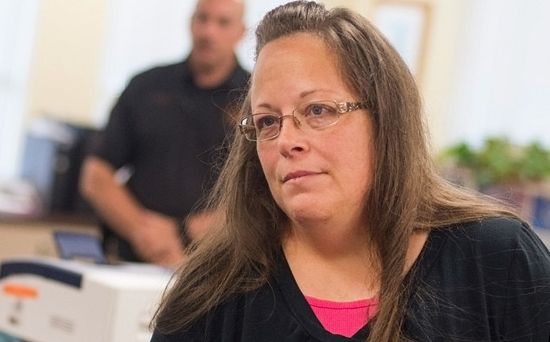 That’s because five centuries ago, Martin Luther and his colleagues did their own redefinition of marriage, rejecting its status as a sacrament of the Church and ceding to the state the right to determine its criteria. By rejecting Holy Tradition, they laid the individualistic, culturally driven, state-sanctioned groundwork for the ultimate rejection of traditional marriage today.

I truly wish self-described “traditional” Christians in the Protestant world would see the inherently individualistic, relativistic assumptions of their tradition — and follow the river upstream, past Rome, and continuing to the East.

They’d find a rock of stability not tossed by shifting mores. They’d certainly have less reason to get worked up over marriage licenses.

In Orthodoxy, a couple submits such a license in accordance with the law, but doesn’t see that piece of paper as much more than a legal formality. A license doesn’t make a marriage. It’s a coin bearing Caesar’s ever-changing image. 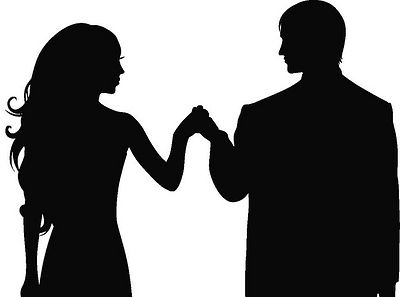 Binary Code Fr. John Guy Winfrey The hierarchs, clergy, and vast majority of Orthodox Christians are quite clear on the issue of marriage as a sacred institution, consisting of one man and one woman. But because of the opportunity for anyone to post an opinion on the internet without going into detail about their own standing in the Church, other articles also occasionally need to be posted to explain what is really going on. Here is one blog post by Fr. John Guy Winfrey of the Antiochian Archdiocese of America, with some original thoughts on the nature of things. 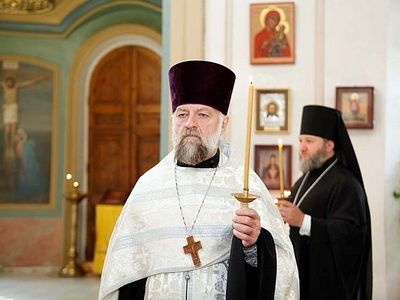 Orthodox Cleric: Marriage Ruling an 'Earthquake' 'Overturns God's established order' “I see that marriage is not revered in Russia or in America. Young people are fine to live together, and only after five or six years decide to have a church marriage, but prayer in the wedding rite is addressed to a chaste couple." 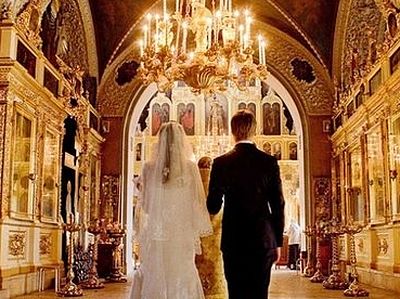 Draft of the document, “On Church Marriage”, is published The draft of the document is to be sent out to the dioceses of the Russian Orthodox Church for comment and opinion and is to be published for discussion on the official website of the Inter-Council Presence, the Bogoslov.ru portal, and in the Inter-Council Presence’s official blog.
Комментарии
Castrese Tipaldi30 сентября 2015, 14:00
What a wonderful, pious heap of nonsense! Are you preaching indifference to what Caesar does? Just wait till Caesar will jail you because you do not let your children attend the class of sodomites propaganda (it's already happened in ermany).hg.. Should the fact that abortion and euthanasia remain a murder, even if Caesar says they are not, leave us Christians indifferent and ready to comply? Kim Davis is giving testimony to the Lord, you.... what are you doing? She refuses to give legal status to the abomination by her signature, while it seems that in her position you would gladly comply. And..... the Orthodox here would be you?