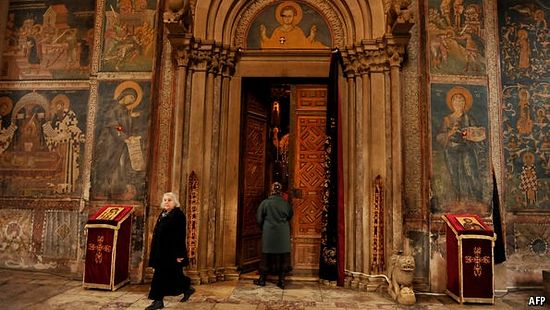 Patriarch Irinej of Serbia has expressed his gratitude to Russia for supporting Serbia's position on the question of allowing Kosovo to join UNESCO.

"This decision has great signficance for us. Kosovo is a holy land for Serbs, it is covered with the blood of those who protected Kosovo shrines from their enemies. That which could have happened to Kosovo would be the cap on all the troubles there. We are deeply thankful to all countries which supported Kosovo and Serbia, to Russia and its officials, Putin, Lavrov. All who stood up to support Serbia played a great role in it," Patriarch Irinej said in his interview with the Rusky Expres media center.

The Serbian spiritual leader believes that truth has prevailed, recalling the famous saying that "God is not in force, but in truth."

This week UNESCO General Assembly voted against accepting Kosovo into the organization. 142 UNESCO members participated in the vote. 95 voices would have been sufficient for admitting Kosovo, but only 92 countries voted in favor. 50 countries were against, and 29 abstained from voting. 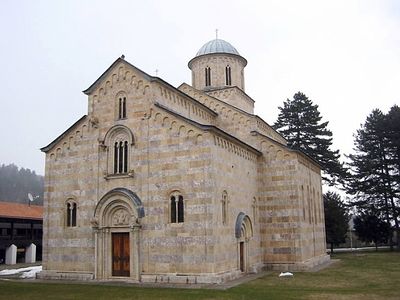 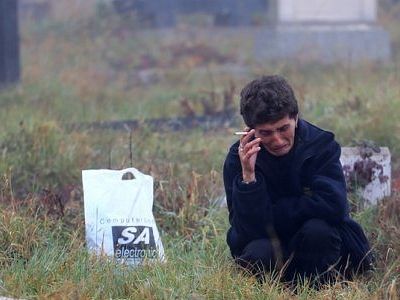 Association: UNESCO Has No Right To Give Serbian Churches To Islamic State

Association: UNESCO Has No Right To Give Serbian Churches To Islamic State The Association of families of Serbs kidnapped and murdered during the clashes in Kosovo-Metohija (KiM) sent a note to UNESCO bodies on Monday, warning them that they do not have the right to hand over Serbian Orthodox churches and monasteries to the Islamic State and the protection of the terrorist Kosovo Liberation Army (KLA). 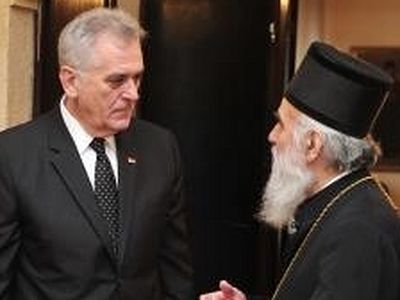 President and Church share "close views" on Kosovo Serbian President Tomislav Nikolic met with Serbian Patriarch Irinej on Thursday "to discuss his proposal for a final settlement for Kosovo."
Комментарии