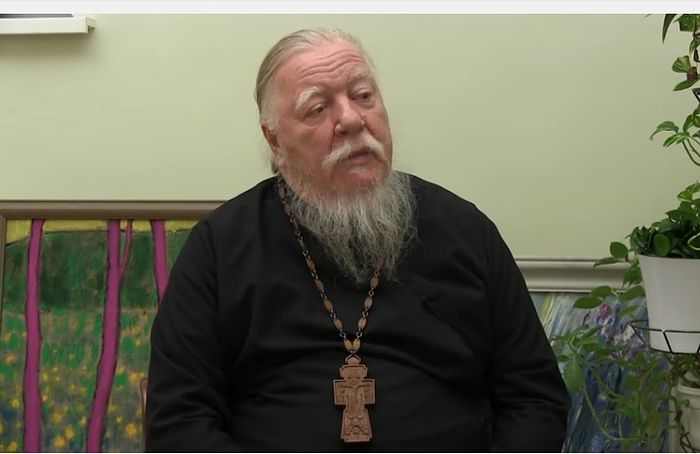 As part of the Thirteenth International Charitable Film Festival “Radiant Angel,” in Moscow’s “October” cinema center, Elena Piskareva’s short film “Alive,” dedicated to the everyday life of Russian maternity houses, where, along with births at the state’s expense, are performed hundreds of thousands of abortions, was presented, reports Russian Folk Line. This film can now be seen online.

“Once, being pregnant, I was lying on bed rest in an ordinary Russian maternity house,” said Elena Piskareva, telling the story of the creation of the film, “and there were some women lying in the beds next to me: some were on bed rest, fighting for their children’s lives, others came for an abortion and fighting for death, literally. And the irony is that the same doctors did the operation for those fighting for their lives, and for the others condemned to die. It was like a conveyor. Then I went home, my pregnancy having ended well, but this topic gave me no rest and I started to dig. I came across a network of dozens of sites with millions of emails of women who had had abortions, and a heap of women’s videos on YouTube. I saw such a huge array of pain that I realized: until I make this film, I will have no rest. Then I found out some figures that caused me to cringe: every year in Russia there are a million abortions (officially, per Wikipedia), and six million (unofficially, including commercial centers).”

The plot of the twenty minute film is rather simple. Eight women are waiting their turns to have abortions in the hospital ward. They’re all different ages, but they are united as one—they all have a very weighty, so they think, reason why they are there and have decided to take such a terrible step. One already has two kids and a mortgage, the second has a career and a life ahead of her, the third is preparing for graduation, and the fourth has nowhere to live in Moscow, working as a courier—how could she have a kid?… In casual conversation, one after another leaves for the office and comes back… Already after… Every time, when the nurse brings the next of the eight women in a wheelchair and places her on the hospital bed, the others become ill at ease, and all the more obvious for them is that thought that they tried to hide from themselves: that what is happening before their eyes, what’s going to happen with them—is not normal, but a terrible, unnatural slaughter; it is something that cannot be changed or returned later…

Before the film’s premier at the festival, Archpriest Dmitry Smirnov, representative for the Patriarchal Commission for Family, and the Protection of Motherhood and Childhood, gave a presentation, once again drawing attention to the impermissibility of the government’s funding of this terrible operation and called on Russian women to stop killing their own children.

“I want to ask those who deal with the internet: try to spread this film as widely as possible. I would like it to make the rounds not only of our country, but generally of all of Christian Europe, that people would finally think about one simple thing: that to kill your own child is very bad. And don’t then hope that after your arms are stained with blood up to the elbows, and your feet slosh through the blood of your murdered children you’ll find some kind of happiness. To expect some prosperous marriage or some kind of joyous life after infanticide is simply ridiculous. A person can find no kind of happiness if he is a murderer of his own children. Such cannibals, as our people, need to be wiped off the face of the earth, and only the great grace of God towards us (for we are all His children) will save us from the wrath of God. But if we don’t wake up, the wrath of God will fall upon us,” stated Fr. Dmitry.

According to the priest, the film “Alive,” which shows all the ordinariness and commonness of killing children in Russian maternity homes, prompts us to ponder the issue. “3,500 years ago, the commandment was given to a completely wild people, nomads: Thou shalt not kill (Ex. 20:13). We, a people who have survived such wars where a sixth of the land was colonized on horseback, should especially observe this commandment. A very talented people has become killers and cannibals,” said the head of the patriarchal commission.

“This film aims to draw attention to this, our scourge. Therefore it’s necessary to show to children, to go to schools to your grandchildren and children and speak with the director, to convince them to show this film to students. We must distribute it as widely as possible. It would be enough to show it at least once a year to every class. It’s a memorable film, made quite skillfully. At least no mentally normal person would say the film is harmful,” said Fr. Dmitry, adding that the Patriarchal ommission supported the project while yet in the design phase.

In this regard, the priest recalled that “100 years ago, Russian families had on average eight children.” “To have fifteen—twenty children was a normal story. Mendeleev was the nineteenth child. Now, under the Soviet regime, it’s impossible to expect any kind of Mendeleev,” he said.

“There is ancient term—repentance. In Greek it means ‘change of thoughts,’ and the main thought we need to change is the idea of the permissibility of infanticide. Maybe, to begin with, we should change this idea amongst the Russian people, because more than anything we are responsible for this piece of land which the Lord entrusted to us for the labors of our ancestors. They hoped we would populate this land, but for 100 years our numbers have not increased, although during the reign of Nicholas II the Russian population increased by more than 50 million people. We can’t understand these numbers. To kill 50 million—we can’t understand. And how to birth 50 million in such a short time? Nicholas Alexandrovich himself they killed, when he was fifty. Something must have happened in our brains,” Fr. Dmitry sadly remarked.

“In the years since Lenin first issued the ukaz allowing abortion, a sizable portion of our country's population has been killed. What Hitler did with our country and with our people is small potatoes compared to what we did to ourselves, incited by the Bolsheviks. And now it’s the common trend in all of Europe, except for two countries where abortion is prohibited. There are many talks across the planet about human rights, and now about the rights of children, and there’s even a special person allocated to fight for children’s rights. But children don’t even have the most important right—to live. They can’t even squeak in their own defense. Thus they’re killed in our country by the millions. There’s five million abortions—approximately—the number is carefully hidden. About a million abortions take place in state institutions, and even more absurd, most often in maternity homes. There’s another four million in private abortion clinics operating within ‘family planning,’” stated the head of the Patriarchal Commission.

“As a result, Russians have become a very old people. “The average age of Russians is forty, but it should be ten for normal life. Any normal people should be a country of children, and adults should be busied with raising and educating and teaching children. And most importantly, of course, is the Christian attitude to life. But we can’t even talk about Christianity in our demographic situation of suicidal catastrophe,” Fr. Dmitry concluded. 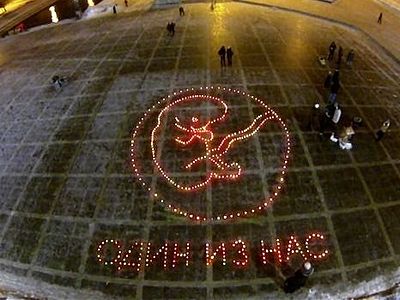 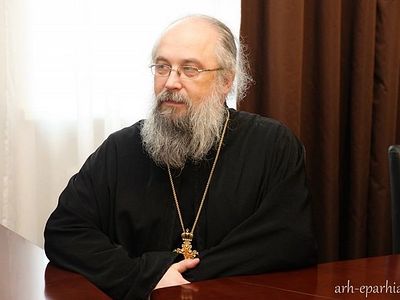 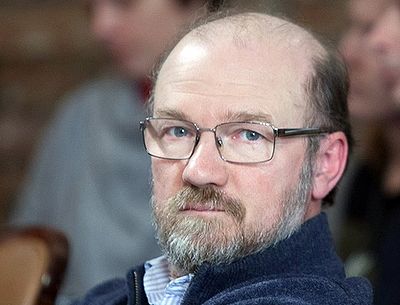 Alexander Shchipkov: we will keep struggling for removal of abortions from the system of mandatory medical insurance

Ken McDonald20 марта 2017, 02:00
330,000 ORTHODOX CHRISTIAN MEN SENT TO PRISON AND TORTURED! FOR OPPOSING GAY PROPAGANDA! I just opened a page opposing aggressive homosexual propaganda. I hope you will do your bit to to oppose the spread of homosexuality and the LGBT Movement by liking this new group against homosexuality, and the attempt to start a new Homosexual TV Show in England, Thanks! https://www.facebook.com/Opposing-Made-with-Pride-TV-1733651673614009/

T. D. 7 декабря 2016, 22:00
How can this not be outlayed yet for all preseident Putin and the people of Holy Russia have done to restore the Orthodox Fatherland that was destroyed in 1917? This would have never been allowed under the Czar Martyr Nicholas's rule. People in the West used to think like this: murdering a man was evil; murdering an unarmed man was more evil; murdering a woman or child even more evil; and murdering an unborn infant the most evil of all! Even in the terror of the Nazi's the victims could have fought to some degree or at least passively flee or hide. A babe in the womb is absolutly without defense.

ChiRho 7 декабря 2016, 18:00
Keep up the good work Fr. Dmitry! It is foolish for us to pretend that the blood of millions of the most innocent does not cry out to God. Our lands are so polluted with innocent blood. Why do people not want the death penalty for torturers, rapists, and murderers, yet think slaughtering innocent children on an industrial scale is fine? We call good evil and evil good.
×