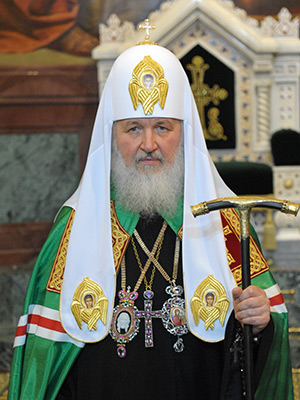 Today the Russian Orthodox Church marks the fifth anniversary of the signing of the Act of Canonical Communion. This document brought to an end many years of division between the Moscow Patriarchate and the Russian Orthodox Church Outside of Russia. We remember these events of great historical significance, representing the victory over one of the tragic consequences of the political and spiritual catastrophe endured by Russia in the 20th century.

Last century, our Homeland and Church were subjected to the most burdensome tribulations. Churches were destroyed, sacred objects were desecrated, God-given human freedom was trampled, the raiment of the Church was rent by internal and external enemies. A fratricidal conflict doomed millions of our compatriots, and the brutality of the godless persecutors brought a great host of New Martyrs and Confessors of Russia to death in the name of Christ.

The Revolution and consequent Civil War became the cause of a massive exodus of our compatriots from Russia. Millions of them found themselves scattered throughout the whole world. The Orthodox faith united these refugees, and they carefully preserved the flame of faith, handing it down from generation to generation. But the dramatic historic circumstances also evoked divisions within the Russian Orthodox diaspora.

Even as it was lifted upon its cross, Orthodox Russia believed in its resurrection. With special earnestness did the children of the Church—both in the Fatherland and abroad—raise their prayers to our Lord and Savior to eliminate this sorrowful division. We dared to appeal to the heavenly intercession of the Holy New Martyrs with our pleas.

By Divine Mercy, the situation in our country changed fundamentally. Orthodox Christians took this as a gift from above. The Russian Orthodox Church obtained full freedom, including in the area of church-state relations.

Division was painful for the entire Church, a sorrow for the whole people. This is no exaggeration; one needs only remember the attention paid by society as our reconciliation began. The government authorities were not indifferent either. In the process of dialog, we tried to avoid bringing any harm or new wounds to each other. There could be no conquerors nor vanquished in this process. In the end, victory was achieved by the many millions of members of the Russian Church, whose unity was reestablished.

During these days we prayerfully recall His Holiness Patriarch Alexy II of Moscow and All Russia and His Eminence Metropolitan Laurus of Eastern America and New York. On the feast of the Ascension of the Lord, May 4/17, 2007, they sealed with their signatures the Act of Canonical Communion on the ambo of Christ the Savior Cathedral and concelebrated Divine Liturgy together. We also thank all those who labored and drew this unity near.

Now, when our communion is reestablished and we commune of one Chalice together, let us bring thanks to the All-Merciful God, Who with His almighty hand led us to our desired unity to the glory of His Holy name and the good of His Holy Church.

Today we can boldly state that we have manifested in deed the testament of St Tikhon, Patriarch of All Russia: “It is specifically in unity, cooperative action and brotherly love that power lies.” We can joyfully attest to the fact that the gates of hell (Matthew 16:18) have not prevailed over the Russian Church. She now fruitfully fulfills her salvific service both in the Fatherland and outside its borders.

The five-year period which has passed since the signing of the Act of Canonical Communion has proven abundant with good examples of cooperation. There is not enough time to recall the daily examples of cooperation happening on the local level: our Church is not only declared united in word, but it is so in our deeds. It is even remarkable how quickly and easily the barriers fell. This has become possible precisely because we were and continue to be the bearers of the very same Russian Orthodox tradition, we have common spiritual and moral values which we bring to the world.

Let us thankfully and carefully preserve the great gift of Church unity, the unity of the people of God. Let us resist any attempt to introduce strife and division in the life of the Church, to shake the foundations of her canonical existence.

Let us pray in earnest for those who for various reasons find themselves outside of unity with the Russian Orthodox Church. Again and again we invite them to commune in the love of Christ, which “seeketh not her own, is not easily provoked, thinketh no evil; rejoiceth not in iniquity, but rejoiceth in the truth; beareth all things, believeth all things, hopeth all things, endureth all things” (1 Corinthians 13:5-7).

May the Lord behold with His merciful gaze our prayers and efforts and “bless His people with peace” (Psalms 29:11), of which He told the Apostles before His sufferings: “Peace I leave with you, my peace I give unto you” (John 14:27).