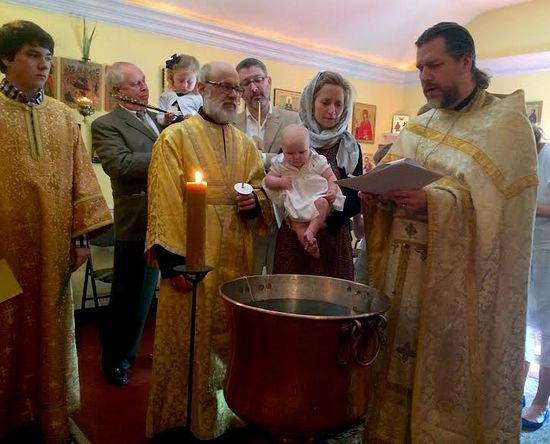 It was with this rather obvious conviction that Saint James Mission was planted in 2012 with the desire to bring Christ in His fullness to South Carolina’s “low country.” And thanks in part to the support provided by the Orthodox Church in America’s Planting Grant program, Father James and his flock are doing just that.

“We served our first liturgy in Beaufort in July 2012, and since that time we have grown from an initial six committed individuals to a group that is repeatedly filling our small rented building at Sunday Divine Liturgy,” says Father James. “Earlier this year, with the assistance of the Diocese of the South, we were able to purchase a beautiful two-acre piece of property, and we are now in the process of selecting an architect and working to design our future church building.”

Meanwhile, the mission is experiencing membership growth in the form of Orthodox Christians who have moved into the area and new converts to the faith.

“The process of growth always seems slower than we would desire it to be,” adds Father James. “But God has been gracious to draw into His net those who are genuinely seeking Him and hoping to work out their salvation.”

Among the parish’s ministries are a summer program for enquirers and a Wednesday evening study group that currently is studying the Book of Psalms.

“We open our doors to those who are curious during our annual Saint James festival, and we encourage one another to invite family and friends to services,” says Father James, who adds that “some of our parishioners excel at this!”

Sometimes, Father James explains, “it is difficult to be the ‘new church’ in such a venerable and historic town.

“The Baptist Church just down the street from our current location is over 200 years old, while the local Anglican congregation celebrated its 300th anniversary in 2012,” says Father James. “Inspired by this, our mission has two desires—that we, too, may someday enjoy our 300th anniversary, and that over the next 297 years, through Christ, we might work to make complete all that is lacking in those who are seeking Him in His fullness. The Planting Grant is key to making this happen here in Beaufort!

“Am I convinced that Jesus Christ is for everyone and is the way I live this life like the rich sound of a cymbal that cuts through the static and noise that the world offers, drawing men toward Christ?” Father James asks. “Our hope at Saint James Mission is to resonate with the sort of sound that proclaims Christ in all of His grace, love and power.” 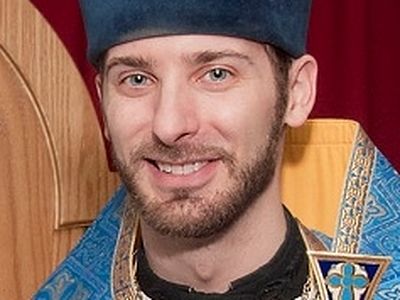 "Convey to Them the Joy of the Resurrection" Jesse Dominick, Fr. Timothy Hojnicki

"Convey to Them the Joy of the Resurrection" A Conversation with a Mission Priest on His Experiences and Thoughts on Orthodoxy in America Jesse Dominick, Fr. Timothy Hojnicki "Without the message of salvation you will not be able to rejoice in the rest of it. Christ has come into the world to save us. When we have friends that are suffering or sad or mournful, we must convey to them the joy of the Resurrection—that’s what we’re called to do. If you can’t do that, then just shut the doors. Start with the basics." 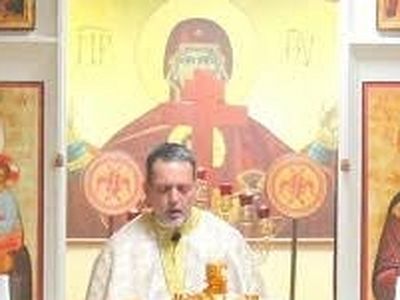 Planting Grant Missions: “Apocalypse Now” at St. John’s, Tempe, AZ “Sensationalism, headlines, and an obsession with the end of times, with the apocalypse—these are the topics that captivate the heart of man today,” says Priest Andre Paez of Saint John the Evangelist Mission here. “We live in a time of fear, in which people suffer from stress, depression and anxiety due to the fear of an unknown future, volatile economic markets, political turmoil, global wars, terrorism, and more. We are faced and surrounded with a seemingly ever increasing darkness. Yet, in the midst of this darkness and shadow of death, there is hope, as Jesus Christ has been victoriously shining forth since the day of His glorious resurrection.” 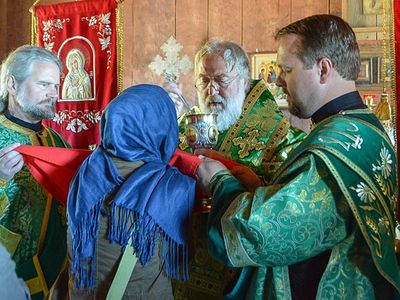 Diocesan Faithful Celebrate Fourth at Fort Ross His Eminence, Benjamin, Archbishop of San Francisco and the West, led the annual pilgrimage of clergy and faithful from the Diocese of the West to Fort Ross State Historic Park on Saturday, July 4, 2015. Faithful have been gathering at Fort Ross every year since July 4, 1925 for the celebration of the Divine Liturgy and fellowship at the first Orthodox chapel of prayer in the lower forty-eight.
Комментарии