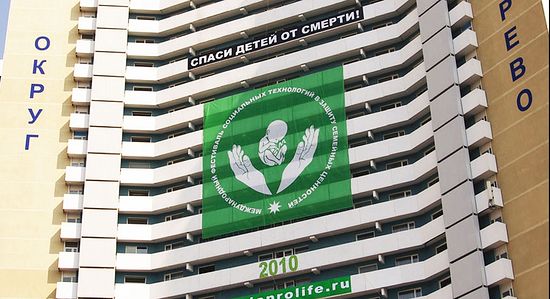 Moscow will host the 8th international “For Life” festival of social technologies in defense of family values August 14-17. The festival is the largest such forum on the territory of the former Soviet Union, with more than 500 participants coming from 186 cities of Russia, Belarus, Ukraine, Georgia, Serbia, Lithuania, Italy, and Spain to work out measures aimed at the protection of human life from the moment of conception, and overcoming the demographic crisis, reports patriarchia.ru.

Among the guests are representatives of governments, science, community organizations, Orthodox clergy, doctors, teachers, journalists, cultural figures, businessmen, youth organization activists, and individuals with an active civil position. Russia will be represented by a delegation of representatives of about 200 organizations active in 57 regions of the country. The total number of participating organizations has already exceeded 250. The event will also be attended by the chairman of the Synodal Department for Church Charity and Social Service Bishop Panteleimon of Orekhovo-Zuyevo.

The Russian Orthodox Church conducts large-scale work aimed at preventing abortion and supporting pregnant women in crisis. In total, Russia has 51 shelters for pregnant women and mothers with children, organized with the participation of the Church. In addition, Russia has established 115 Church centers for humanitarian aid. There are plans to open another 14 centers by the end of 2017.

According to the president of the nonprofit organization “For Life” Sergei Chesnokov, the festival is not confined to the framework of the three-day event: “From the beginning, the festival conducted year-round work within the country and abroad, serving as a resource and coordination center. In 2015, we established the Russian-wide public movement ‘For life!’ introduced which is now operational in more than 300 Russian cities.”

Participants in the “For Life” public movement not only advocate for legislative protection for unborn children, but also actively develop charitable programs for pregnant women and families with children. The movement has its own federal program “Save a Life,” which provides psychological and social assistance to pregnant women in difficult life situations. Since January 1, 2015, organizers have managed to save 6,907 babies of mothers who refused abortion have receiving timely support.

According to the coordinator of the “Save a Life” project Ekaterina Markova, the organizers do not limit themselves to helping only pregnant women. “We help single mothers and low-income families, with special attention going to residents of the Russian hinterland… To date the program is already active in 86 cities of Russia, with various kinds of aid extended to 65,000 wards. The festival will be attended in August by 109 psychologists and social workers involved with the project,” stated Markova.

Another of the movement’s projects is the program “Enlightenment,” which has sponsored lectures on the prevention of abortions in 160 cities and settlements of Russia, attended by 130,000 people,” said program coordinator Konstantin Shestakov.