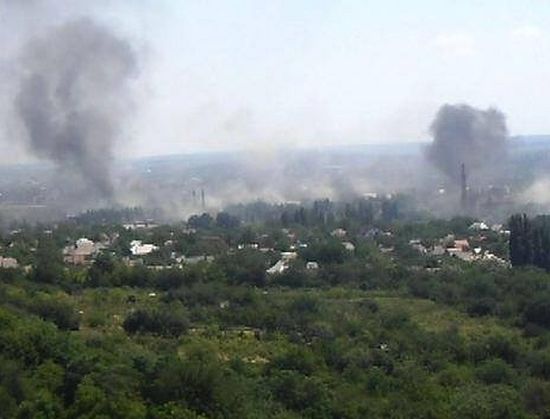 A shell fired by the Ukrainian army hit a church dome in the Sloviansk city center during the services for Pentecost, reported the city council in the evening of June 8 to RIA-Novosti.

“Today the shelling is particularly intensive. The Artema and Mashmeta districts are being shelled in the city center. One shell hit a church, another hit an old 19th century’s house where a little girl was killed,” the city council related.

The wish of Sloviansk residents to leave the city increased after a shell hit a local Orthodox church the day before, reports Interfax-Religion with the reference to its own sources.

“Yesterday a mortar shell hit an Orthodox church building. One person was killed and very many people are injured. This happened right on the feast-day (Holy Trinity Sunday, or Pentecost), when most of the civilian residents came to pray for peace,” reported a representative of the Sloviansk volunteer corps to Interfax on Monday.

According to him, the outflow of residents from the city increased after this as “They realized that neither the bomb shelter, nor even a holy site—the church—will save them”.

“There are queues at roadblocks again. People are fleeing from the city, but the Ukrainian army is turning them back,” the volunteer corps representative states.

His Holiness Patriarch Kirill: “One of the most important concerns of our Church today is prayer and work for a resolution to what is currently happening in the Ukraine” His Holiness Patriarch Kirill The Church must conduct pastoral work for the care of souls, pray, and make peace between people; but under no circumstances must it serve one or another political view, position, or concept.” This allows the Church to remain outside of a conflict, and carry on its work of bringing peace between the conflicting sides. 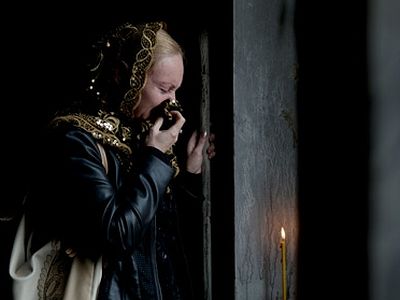 Investigation into Odessa tragedy continues as new details emerge The shocking events of May 2 in the Ukrainian port, in which at least 46 people were killed, continue to be the most discussed topic not only in the Ukrainian, but also the Russian mass media. The background to the incident is now becoming clearer as video footage and eyewitness accounts surface, but many questions remain unanswered.

A mortar explodes near church in Sloviansk, civilians killed The shelling started at about 19:30. Five mortars were fired towards the Artema micro-district, which damaged apartment houses and a hall of a residence where there were students.
Комментарии