Humility and Regret in My Journey to Orthodoxy 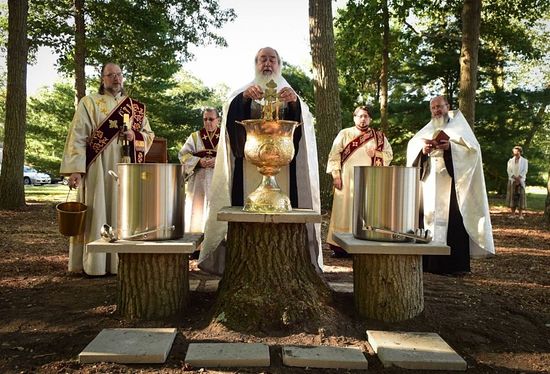 I was born and raised in a good Baptist home with a solid Christian foundation. As you are probably aware, as Baptists we believe that the early Church fell away from the true Christian faith and was not resurrected until the Protestant Reformation.

Growing up in the midst of the Cold War, I learned of the persecution of Christians in Eastern Europe but always wondered who were these Christians, if they were not Baptist, who were willing to be sent to gulags and risk execution?

As I became a teenager, I heard about the Eastern Orthodox Christians behind the Iron Curtain and the Greek Orthodox. When I approached my older brother and asked about this he said they were just Eastern European Catholics, and that pretty much ended my interest at the time.

After high school I got married and went to work. My wife was Pentecostal so I tried to believe in their doctrine but it just did not add up. Many times I wondered how the Church could just disappear for almost a thousand years and then reappear and be divided into so many denominations with so many doctrines all claiming to be the real Church.

As the years passed we divorced and it was a terrible time, but I never forgot the faith I received from my upbringing. Over the years I watched with much delight as the Iron Curtain came down and Communism came to an abrupt end in Europe. I watched in awe as those "Eastern European Catholics" almost instantly reappeared, and I found it fascinating that these people could have survived in those closed societies and with such faith.

As America got involved in nation building, I watched in horror as we started bombing Christians in Serbia and could not understand why we would do this, and then a few years later in the Middle East as Christians started being rounded up and slaughtered, as Iraq and Syria spiraled out of control, and I wondered who these people are that are being beheaded with all manor of barbarity and what denomination they belong to.

And then it was all I could do to hold back the tears as I saw those brave Christian men being led to the beach to be sacrificed in Libya. Who were those brave men who were lined up on the beach to be martyred although they could have saved themselves? All they had to do was renounce our Lord and Savior Jesus Christ. These were surely not the western-style prosperity, name it and claim it Christians like us here in America. What I saw was straight out of the Bible. These men were dying for His Name’s sake.

This reminded me of the Christians I had heard about in my youth in Russia who refused to denounce our Lord and Savior, were sent off to Siberia and were never to be heard from again.

Who were these non-Baptist Christians?

By this time, through the miracle of the internet I started searching to find out who these Christians were in Iraq, Syria and Libiya that were being led to slaughter. That is when I began to find the answer to the question I had asked my brother those many years ago in my youth.

I finally remarried to a fine woman who was a non-practicing Roman Catholic. At the time I was working as an inspector on new pipelines being built in south Texas. Being very far from major population centers one of the things we liked to do was read, and as the holocaust was just getting started in Syria I was reading a book about the Celtic Church, and as fate would have it I became Facebook friends with an Orthodox man named Ken from southern Illinois.

This started my search into the Orthodox faith. As I read more it started to dawn on me that the Church never went away. To the contrary, we in Western Europe went away from the Church.

As I stated, at that time I was in the middle of reading a book about the Celtic Church and it occurred to me that the British Isles must have been the last bastion of Orthodoxy in Western Europe up to the Norman invasion. At this time, I still considered myself to be a Baptist and to this day I thank God for my Baptist upbringing.

We eventually finished the job in south Texas and went back home to east Texas. By the time we got back home another Facebook friend from Oklahoma, Fr. John Filipowicz Phillips told me of St. Michael’s Orthodox Church in Beaumont, Texas that was only 20 miles from where I live. I told my wife that it would be nice to visit the church and she agreed.

As soon as we got back home we visited the next Sunday.

When we stepped into the church I was in awe at the beauty and the holiness that permeated every nook and cranny. Upon walking in a very elderly gentleman came over and asked if this was our first time in an Orthodox Church. When we replied that it was he asked if he could sit with us and said he would answer any questions we may have and we gratefully accepted his offer. Of everything I had read and studied, nothing could have really prepared me for this. I had never made the Sign of the Cross or felt so humbled in a church before. The priest and people were some of the most genuine I had ever met.

We started going every Sunday and finally we got up the nerve to speak with the priest, Fr. Michael, and asked if we could join the Church. After questioning us about our walk with the Lord he agree,d but wanted to give us some classes to catch us up on Church history which we in the West know little of. We attended classes and were Chrismated at Christmas. And that gentleman who asked to sit with us that first Sunday was to become my Godfather and mentor, Tod Mixon.

To any of my Protestant brothers or sisters who seek a deeper walk with God and think the original Church died out like we were all taught, then find the nearest Orthodox church and visit it with an open heart.

You will not regret it. 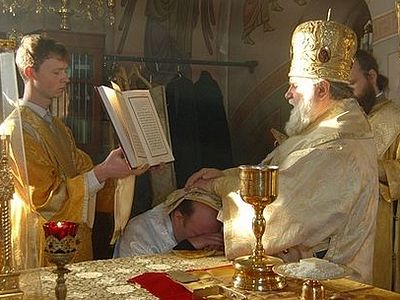 “Church Is The Most Important Thing That Protestants Receive In Orthodoxy”
Interview with Orthodox Priest Igor Zyryanov, former Pentecostal pastor
The guest of today’s program is Priest Igor Zyryanov. He started his journey to God in his early youth, but initially this path led him past the Church. He was a Protestant for 18 years, 12 of which he was a pastor of a Pentecostal community and an active missionary. Several years ago, he and his community converted to Orthodoxy.

A Life Changed by Icons

A Life Changed by Icons
OrthoChristian.com correspondent Vasily Tomachinsky recently travelled to Boston, where he became acquainted with Clifford Isaac Gardner, Senior Administrative Manager of Research in the Division of Nephrology at the Massachusetts General Hospital and member of a number of refugee humanitarian relief missions in the Middle East. Isaac, once a Southern Baptist, is now a parishioner of the Holy Resurrection Orthodox Church in Boston. He tells Vasily about his journey to the Church through icons. 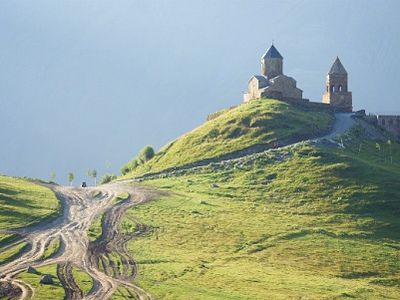 From Baptist to Orthodox: My Journey of Faith
Vincent Gabriel

From Baptist to Orthodox: My Journey of Faith
Vincent Gabriel
But why Orthodoxy? Why would anyone—especially a faithful, Bible-believing Protestant—want to convert to this old, “weird” faith?
Комментарии

Christopher19 сентября 2016, 17:00
I don't think the reference to "nation building" was meant as a positive comment, but was, rather, sarcastic. Too bad someone decided to stop reading what is an interesting testimony about finding Orthodoxy.

Matthew13 сентября 2016, 16:00
I grew up mostly in a Baptist church and I was not told that the church disappeared for 1500 years. We believed there was always a remnant of God's people somewhere and that the Church was invisible and was made up of the saved across all denominations. You could even possibly find a few saved people among the Catholics, but it wasn't expected that they were growing in their faith (later i discovered how wrong that was). I knew nothing about Orthodoxy at the time, but at the Baptist seminary I attended, they spoke a lot of orthodoxy (small o). I learned many things there that prepared the way for me to receive the Orthodox faith. A few years went by and I felt like we were missing something big in the operation of our churches. Due to some other circumstances, I began reading the Eastern fathers as well as all the amazing testimonies of God's faithfulness to the persecuted Christians throughout the ages. I too was amazed by these Christians in the middle east, who were currently dying for their faith. When I saw the 21 martyrs being led to the beach in Lybia, I was proud of them, and as I saw how their loved ones responded not only in forgiveness, but thankfulness also- I decided that I wanted the faith that they had. I was always told we must forgive our enemies, but rarely was I taught to be thankful about it.

Anthony13 сентября 2016, 16:00
"As America got involved in nation building". Sorry lost interest after that. So the invasion and destruction of others' countries is "nation building". Go figure.