Ancient Georgian monastery to be restored in Turkey 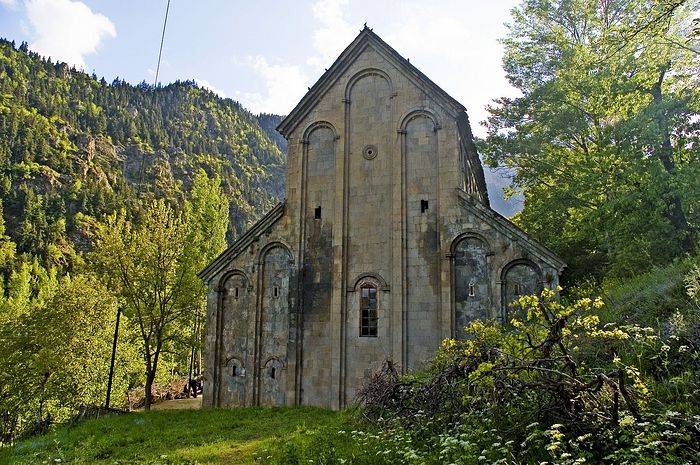 A tenth century Georgian Orthodox monastery of historic importance found in the northeastern Turkish village of Altiparmak is set to be restored by a group of both Georgian and Turkish experts. The team from the National Agency for Cultural Heritage Preservation of Georgia and the State Academy of Arts began its work on Parkhali Monastery on Saturday, reports agenda.ge.

The monastery was built by Georgian Orthodox Church figure Gregory of Khandzta under the reign of Georgia’s King Davit III Kuropalates sometime before 973. The monastery is known as the place where The Martyrdom of the Holy Queen Shushanik—one of the oldest Georgian hagiographies—was copied and preserved.

St. Shushanik was the wife of the Georgian prince Varsken, the ruler of Hereti. Having been raised in a pious Christian family, she was deeply penetrated with love and the fear of God. She spent six years in captivity at the hands of her husband who had abandoned the true faith for worldly gain. While she was serving her sentence, she helped the poor that came to her. Through her prayers the sick were healed and children were born to the childless. She reposed in 475.

The agreement of cooperation between the two sides was reached during a visit of the Georgian Minister of Culture and Monument Protection Mikhail Giorgadze in Turkey last week. The monastery restoration will include a study of the technical methods used for works on the monument by local professionals.

The cooperation between Georgian and Turkish experts follows a high-profile agreement signed between the two countries earlier this year, involving cooperation on restoring and safeguarding monuments of the Ottoman Empire on Georgian territory, and Georgian historical sites found in today's Turkey.

Northeast Turkey is home to a number of magnificent Georgian monasteries from the medieval principality of Tao-Klarjeti, a former feudal state ruled by the Bagrationi royal family. Tao-Klarjeti was once a part of the United Kingdom of Georgia that thrived during the 12th and 13th Centuries. 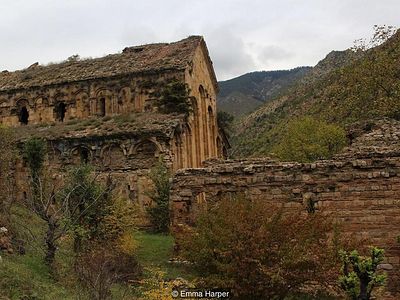 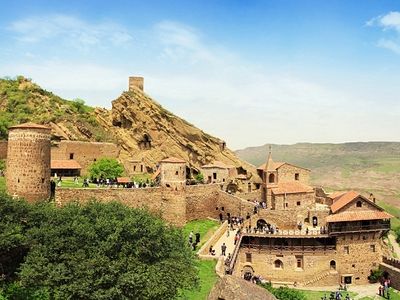 One Million GEL to be Spent on David Gareja Monastery Rehabilitation

One Million GEL to be Spent on David Gareja Monastery Rehabilitation
David Gareja is a rock-hewn Georgian Orthodox monastery complex located in the Kakheti region of Eastern Georgia, on the half-desert slopes of Mount Gareja. The complex includes hundreds of cells, churches, chapels, refectories and living quarters hollowed out of the rock face. 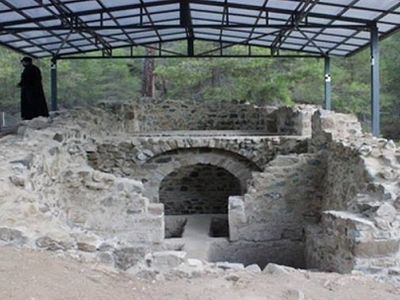 Georgian Monastery on Cyprus
According to sources, Georgians served in the monastery from the 10th century and continued to belong to the Georgians until the 14th century.
Комментарии