An Orthodox Reflection on the 12 Days of Christmas 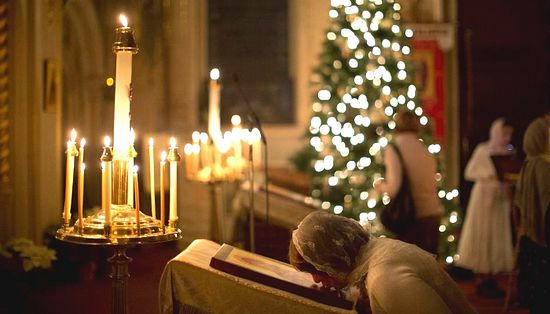 A wonderful part of the Orthodox celebration of Christmas is the period of Christmastide or the 12 Days of Christmas. This is one of those rare times in the life of the Church where all fasting is suspended, and the fulness of Christ’s incarnation is on full display.

Thankfully, people have come to understand more and more that the feast of Christmas was not established as a replacement of a “pagan holiday” (as is proposed in popular discussion), but is rather an intentional celebration of the birth of our Lord. Christ’s conception by the Holy Spirit in the immaculate womb of the Ever-Virgin Mary is on March 25 (the feast of Annunciation), and his birth is exactly nine months later on December 25.

The day of the Annunciation was originally celebrated on April 6 in the eastern churches, and the totality of Christ’s Incarnation (birth, circumcision, and baptism) was also celebrated nine months later on January 6. Once St. John Chrysostom brought the celebration of Christmas (from Rome) to the Church of Antioch, it soon spread to the rest of the eastern Sees. Theophany was kept as the end of this 12-day Christmas feast. Incidentally, the compound celebration of Theophany and Nativity on January 6 is still observed by the Armenian Christians.

Christmastide is fast-free, but not for the sake of gluttony. Rather, because we are celebrating the purification and redemption of creation that is wrought by Christ’s incarnation—all foods are sanctified and acceptable for Christians by the death and resurrection of Jesus Christ. We traditionally give gifts to one another, imitating the magi who brought gifts to the Savior, the Theotokos who offered Christ as a gift for the life of the world, and the example set by St. Nicholas.

On the day after Christmas (Dec. 26), a synaxis—a bringing together or gathering—of all the feasts related to the life of the Theotokos is celebrated. By giving birth to Christ, she became an instrument of salvation through the incarnation of God. (One will rarely see an Orthodox icon of Mary where Christ is not present.) Mary served as the prototype of a living temple of the Holy Spirit, and those of the Church after her—both individually and collectively—imitate her in this regard.

This celebration of Mary is followed by the commemoration of the first Christian martyr following Christ’s ascension: the deacon Stephen (Dec. 27). A hymn of this feast tells the story beautifully:

As a holy martyr, Stephen was a true “witness” (the Greek word for martyr) of Christ’s incarnation. 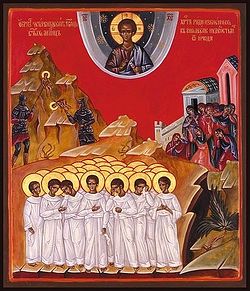 On December 29, we remember the horrific slaying of 14,000 infants by Herod, due to his fear and jealousy of the coming Messiah. In fact, this massacre included the death of his own child. This day implores Christians to emphatically not be like Herod in our own attempts to remove Christ from our lives. A life in Christ is a life of martyrdom (as shown by Stephen) and submission (as shown by Mary); in other words, it is a life ofhumility. By fearing this humility, Herod “lamented that his power would soon be destroyed” (Kontakion of the day) and sought to destroy Christ instead.

The Sunday after Nativity serves as a commemoration of Christ’s relatives “according to the flesh.” These “ancestors of God” serve as the first examples of how we are to both worship and imitate our Savior:

Joseph the Betrothed, the elderly man entrusted with the care of the virgin Mary, believed in the Lord through an angel and overcame the temptations of Satan. With the magi of the east, he too bowed down and worshipped the newborn King.

David, the king and psalmist is an image of true repentance, providing the people of God with an abundance of prayers and songs for both our own repentance and the continual praise of Christ. These psalms also provide poignant reminders of Christ’s birth, life, death, and resurrection in the continued worship of the Church.

And James, the “brother of God”—being either the son or nephew of Joseph from a prior marriage—was the first leader of the church of Jerusalem:

As the Lord’s disciple, O righteous One, you received the Gospel;
as Martyr, you have unwavering courage;
as the Lord’s brother, you have forthrightness;
as Hierarch, intercession. —Dismissal hymn

The circumcision of Christ is then celebrated (Jan. 1), not only as a fulfillment of the ceremonial Torah and the transition of God’s revelation to mankind (after the fall) from shadow (Heb. 8:5) to reality, but also for naming the child Jesus (which means “Savior”). We too receive a new name through the Church in the mystery of Baptism—the Christian fulfillment of circumcision—following the example of both Christ and our forefathers. Through this sacramental act, a Christian’s whole life is dedicated to Christ through the intercession of Saints (Heb. 12:1; Rev. 8:4) and the protection of angels (St. Matt. 18:10; Jude 1:9). 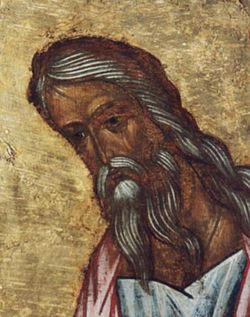 On the following day, the original seventy apostles are commemorated (cf. Luke 10:1-16), being first sent into the world with the Gospel message. These men and women remind us that, as we have received the infant Christ in his Nativity, it is now our turn to share him (as did Mary) with the rest of the world. We take this message of an infant King of Kings, along with the good news of his life, death, and resurrection, into all creation (Mark 16:15), just as these first apostles and disciples of Christ did.

And finally, we conclude the 12 Days of Christmas with the Great Feast of Theophany (sometimes called Epiphany) on January 6th. In the baptism of Christ, by the hands of John the Forerunner, the divinity of Christ and the full mystery of the Trinity are made manifest. Theophany means “divine manifestation,” and we are reminded continually, in the life of the Church and her worship, of this manifestation of Christ as the God-Man, along with the unique and incomprehensible mystery of the Trinity. In fact, the abundance of our rituals regarding the sanctification of this created order—including within our churches—is a reflection of this incarnational mystery:

Our reverence, our veneration is never related to ‘matter,’ but always to that which it reveals, of which it is an epiphany, i.e., a manifestation and presence … consecration in the Church is not a creation of ‘sacred objects’ … but their referral to their original and at the same time ultimate meaning. —Schmemann, The Eucharist, p. 61

Along these lines, we sing in the festal hymn:

You appeared to the world today, and Your light, O Lord, has left its mark upon us.

We must share this light with the darkness of the world, working together with the Spirit of God in the redemption of creation through Christ our Lord. This Lord entered our world in the humility of a child born to die—being wrapped as an infant in burial cloths, as depicted in the Nativity icon—by his own death triumphed over death itself.

Ultimately, then, the meaning of both the Nativity of Christ and the entirety of the 12 Days of Christmas is the receiving and giving of Christ, who is truly the gift and the giver, the one who is received and distributed.

In the Eucharistic mystery, we imitate the Mother of God in our sharing Christ with the world. We imitate Stephen in our being a true witness or martyr for Christ, to a world that would seek to be Herod. We imitate a life of true repentance as with David, and a life of simple, prayerful obedience like the elderly Joseph. We imitate the Theophany of Christ with our own manifestation of his light in the darkness. And we reflect the unity of the three Persons of the Trinity with our unity, communion, and mutual love as the Church.

In other words, we receive the uncreated light of the Christ-child on Nativity, and are prepared to share that light with the world by the end of the 12 Days of Christmas.

Fervently celebrate the commemorations and feasts of this glorious time of the year; not only for your own sake, but especially for the sake of the world. 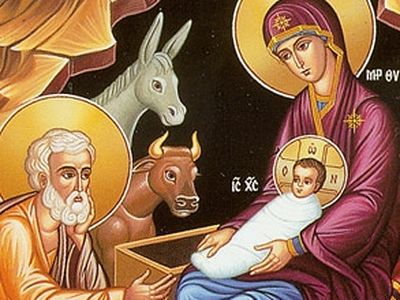 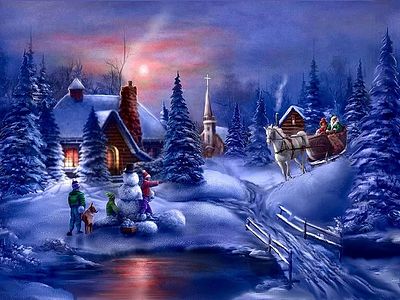 Christmas in Verse
The Son of God, the eternal King, that did us all salvation bring, and freed the soul from danger; He whom the whole world could not take, the Word, which heaven and earth did make, was now laid in a manger.

“We have many fast days, and that is our Church’s strength”
Archpriest Alexander Saltykov, Nicholai Bulchuk

“We have many fast days, and that is our Church’s strength”
Archpriest Alexander Saltykov, Nicholai Bulchuk
Why is fasting necessary? For several reasons. The most obvious (and I think the most understandable) reason consists in the fact that a person simply needs to have inner discipline. And in this sense, fasting is a disciplinary measure. We cannot simply live according to the principle of “I want”: I want this, I want that.
Комментарии