The Church, the Authentic Interpreter of the Scriptures

Writing about the Biblical texts, Elder Sophrony Sakharov, one of our leading modern theologians, says that even if they were to be lost in some way, we would be able to re-write them, not in precisely the same words, but certainly in the same spirit. It is quite clear from this that there is no question of making the actual letter and text of the Scriptures into objects of worship in themselves. It is obvious and well enough known, in any case, that the Church preceded the Scriptures, since it already existed, living in its own Tradition, when it established the canonical books, with all that involves. What, then, are the Scriptures? To put it simply, a written part of the total God-inspired Tradition of the Church.

Unfortunately, however, the Protestant outlook of sola scriptura which was encouraged, wittingly or unwittingly, by brotherhoods in Greece which acted as organizations parallel to the Church, has seeped into our own way of thinking. I have read, in the writings of a modern theologian that he doubts the authenticity of the Entry of the Mother of God into the Holy of Holies, because it clashes with our rationalism and, even worse, is not transmitted by the canonical books of the Church. But this theologian is overlooking the fact that this feast, taken from the (apocryphal) Proto-Evangelium of Saint James, has not only become part of the official celebrations of the Church, but has been established through the relevant hymns, which make it very much part of Church Tradition. Can the Fathers really have been so deceived over so many centuries? This would seem highly unlikely.

I’ve been told that another university teacher, who passed away recently, doubted the translation/resurrection of the Mother of God, again precisely because it’s not transmitted in the written Biblical tradition of the Church. The strange thing is that at the university where the man held his post, the canon of Scripture, as represented and expressed in the Spirit by the saints and the bishops in synod, is most emphatically taught. It’s astonishing that our Tradition should be held in doubt by people who ought to have understood its value far better. In this particular instance, this professor placed himself above the great Gregory Palamas, who spoke very clearly on the subject of the Dormition of the Mother of God. Is it accidental that this particular person was the leader of one of the para-ecclesiastical organizations?

If we take a quick look at heretics and non-Orthodox, we’ll see how greatly they depend on the letter of the Bible. Jehovah’s Witnesses, Evangelicals, Pentecostals and others insist that their positions are based on the text. The Scriptures have assumed, for them, something of the status of an idol, engendered and nourished by strict attention to the letter and, always, the arbitrary, anti-Traditional, anti-Orthodox interpretation which almost the whole of heretical Christianity gives to them. Such views clash sharply with the literary tradition of the texts, which argues strongly in favor of the co-operation between God and the Church in recording a part of our ecclesiastical history and Tradition.

‘You believe that God is One. You do well. The demons also believe and tremble’ (Jas. 2, 19). Let us recall that when Lucifer was tempting the Lord in the desert, he confronted Him in a dialogue based on the Scriptures. Any further comment on our part would appear to be superfluous. The Church wrote, explained and is constantly interpreting the Scriptures in the Spirit. This is where their divine inspiration lies: not in any authenticity according to the letter, as if occasioned by some sort of shorthand dictated from above in a magical manner, but rather through the correct ecclesiastical interpretation- by the Spirit in the Spirit- of the words of God-inspired authors who wrote of the epiphanies, holy manifestations and divine events which have been experienced, without cessation, by the whole charismatic Body of the Church. With this in mind, our faith is never shaken, founded, as it is on events, on experience, on practical involvement, not on mere words, or personal interpretations and imaginings or fixations.

We ought however, to make something else clear, too. There are not only two sources of truth in the Church, i.e. Scripture and Tradition, as taught by the Roman Catholics in reaction to the Reformation. This teaching has come across to us, too, and is presented as being Orthodox, when in point of fact it isn’t. The truth is to be found elsewhere: Scripture and the rest of our Tradition (written, oral, artistic and monumental) draw upon Christ our God and on the totality of His Body, the Church. Everything within the Church takes place in co-operation with the Holy Spirit (Acts 15, 28). This is where the divine inspiration lies: in the whole Body and its charismatic agents, who, in their turn, receive everything in the Spirit, from the Triune God Himself.

The Orthodoxy of the Church and the Saints has the fragrance of freedom and genuine communion with God. Alas, those heretical Christians who are of all kinds and of every provenance, have narrowed down the Gospel message to a great extent, chopping it up into infinite and unlikely fables, behind which lurk demonic suggestions. The Church, however, preaches only Christ Crucified and Risen, One and the Same, yesterday, today and unto the ages, the sole Truth, Love personified, on Whom hang all the Law and the Prophets. That is enough and more than enough. The rest, the disordered, the strange, the sick, the poisonous are all from the devil and from heresies, to which confused people have recourse, as Saint Porfyrios so aptly remarks. They are, unfortunately led far from God, with all that means and involves. We |Orthodox, however, keep the Gospel at the center of our lives and worship, since, according to our Tradition, the Gospel is Christ Himself. 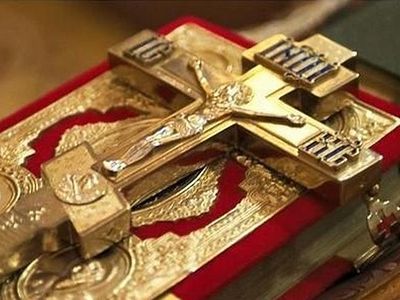 The Four Senses of Scripture Fr. John A. Peck

The Four Senses of Scripture Fr. John A. Peck St. John Cassian expresses the mind of the Church with precision and clarity, and identifies four senses or kind of Biblical interpretation. These four senses have been the Church’s mind about the Scriptures from the time of the Apostles! 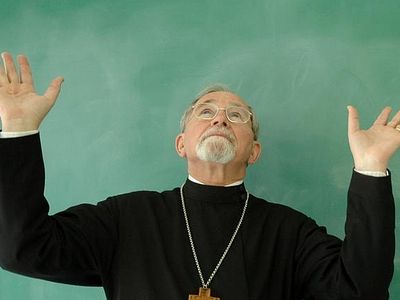 The One, True Church Fr. Thomas Hopko It is the Church of the Messiah. It is the qahal Israel. It is the assembly of Israel in the Messiah, in Jesus, to which Gentiles like myself may now be included by faith and grace. And that indeed this church is the Church.

Scripture, the Gospel, and Orthodoxy Fr. John Behr The relationship between Scripture, the Gospel and Orthodoxy is a huge topic, but is indisputably important. In fact, speaking accurately about these topics is perhaps the most important task for Christians today. As “Scripture” and “Gospel” are seemingly more obvious in their meaning, it is with “orthodox” that I will begin.
Комментарии