Reading Beneath the Words 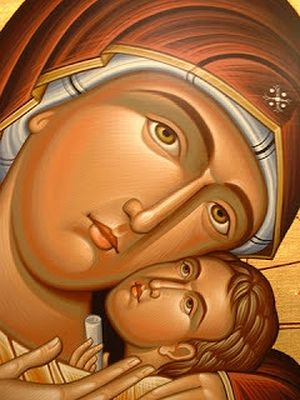 The New Testament is a commentary on the Old. The story of Christ’s death and resurrection are always described as being, “in accordance with the Scriptures” (meaning the OT Scriptures). And yet, when you track down a prophetic quote and consider it within its historical context, the verse rarely has any historical connection with its New Testament citation. A famous example is found in Isaiah:

The historical, contextual meaning of the passage is simply that a young woman will conceive and bear a child, and before he has reached a certain age (at which he shall “know to refuse the evil and choose the good”) the terrible thing prophesied by Isaiah (Israel’s destruction) will come to pass. Isaiah’s words not only apply to a situation that was contemporary to Isaiah, he even describes its contemporary fulfillment in the next chapter:

Then I went to the prophetess, and she conceived and bore a son. Then the LORD said to me, “Call his name Maher-Shalal-Hash-Baz; for before the child shall have knowledge to cry`My father’ and`My mother,’ the riches of Damascus and the spoil of Samaria will be taken away before the king of Assyria.” (Isa 8:3-4)

Of course, portions of this passage are cited as a prophecy fulfilled in the virginal conception and birth of Christ. But no literal or “historical” reading of Isaiah can yield such an understanding. Indeed, the New Testament simply lifts verse 14 from its context and applies it to the circumstances of Christ’s birth.

Observations like this were very troubling to me when I was in college. The many such uses of the OT seemed, when viewed in a historical manner (common to both liberal scholarship and fundamentalist Protestantism), made no sense. How could a prophecy that was clearly meant for a situation contemporary to the prophet have anything to do with Christ?

This solution, though, seems to beg a very important question: how is it possible for a passage that clearly has a particular meaning in its own time to be lifted and applied in an absolutely fundamental manner in another situation entirely. That this is possible is a key to what the Fathers called allegory (which took many forms). It assumes that there is a meaningwithin the text, or even beneath the text, that is hidden. Something else creates the circumstances that allow the deeper, hidden meaning to be discerned and brought forth.

A second question, over the years, has come to be even more important than how to read a text. If there is a meaning hidden beneath and within the text of the Old Testament, then what does it say about the world that we live in? Is there something beneath and within our own existence and experience of the world that reveals Christ as well? My answer to this has been “Yes” (and to shout it from the rooftops). The sacramental life of the Church bears witness to this aspect of the world. The Church, in her prayers, does not make something to be what it is not, but reveals it to be what it truly is (paraphrasing Fr. Alexander Schmemann). This is not just true of the sacraments, but of all things. The world is icon and sacrament pointing towards its Creator as well as being that place where we have communion with Him.

And so the Church is bold to sing to the Virgin:

In the proclamation of the Kingdom of God, Christ makes known to us what is hidden. He reveals the truth of our existence and the true nature of all things. It is worth noting that the New Testament takes great care to tell us that what it says has first been hidden. It makes no apologies:

To me, who am less than the least of all the saints, this grace was given, that I should preach among the Gentiles the unsearchable riches of Christ, and to make all see what is the fellowship of the mystery, which from the beginning of the ages has been hidden in God who created all things through Jesus Christ; to the intent that now the manifold wisdom of God might be made known by the church to the principalities and powers in the heavenly places, according to the eternal purpose which He accomplished in Christ Jesus our Lord (Eph 3:10-11). 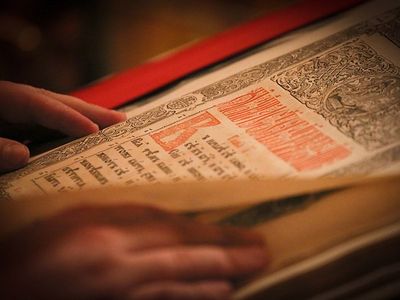 Allegorical Interpretations of Scripture? Fr. John Whiteford Clearly, if the Apostles could interpret the Old Testament in allegorical and typological terms, no one who claims to be a Christian should object to the Church Fathers doing likewise. 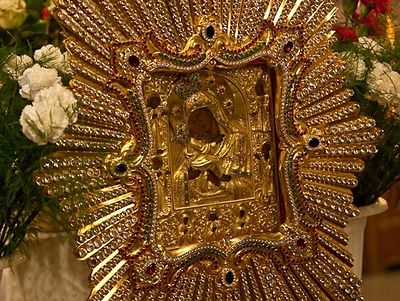 Why the Orthodox Honor Mary Fr. Stephen Freeman The most difficult part of my Orthodox experience to discuss with the non-Orthodox is the place and role of the Mother of God in the Church and in my life. It is, on the one hand, deeply theological and even essential to a right understanding of the Orthodox faith, while, on the other hand, being intensely personal beyond the bounds of conversation. I am convinced, as well, that the Orthodox approach to Mary is part of the apostolic deposit, and not a later accretion.
Комментарии