Virgin Mary: mother of all Christians 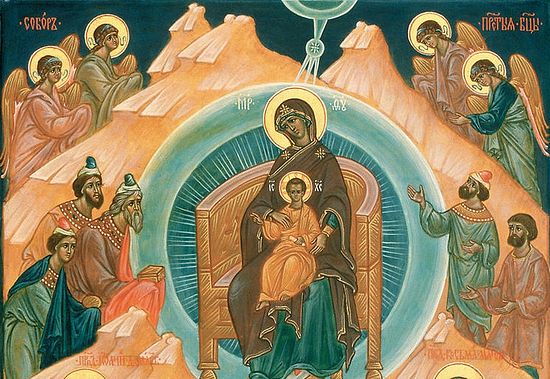 Right after Christmas, Orthodox Christians celebrate a feast of the Ever Virgin Mary. Ironically, some who are far from orthodoxy assert that’s when she and Joseph began eyeing each other with a twinkle and trying to make a sibling for Jesus.

This would’ve seemed absurd to ancient Christians, but some now regard Mary’s ever-virginity as the conspiracy. They claim proof in references to Jesus’ brothers and sisters, and the last verse of Matthew 1: “he took his wife, but knew her not until she had borne a son.”

Their misinterpretations are worth correcting — not as attacks on Mary’s veneration, but as undermining the Virgin Birth, and replacing the Gospel with an ethic of sexual activity as the only means to personal fulfillment, and authentic humanity.

Jesus’ brothers and sisters: How could anyone fail to notice such clear indicators of Mary and Joseph’s intercourse? Calvin was first to draw this conclusion, and reject her Ever Virginity.

He was apparently unaware, or uninterested, that prior generations had also noticed and been untroubled, because they’d received one of two traditions. The West understood “brothers and sisters” to mean close relatives of the same generation (Jesus’ cousins), while the East understood them as Joseph’s older children from a prior marriage.

According to the second-century Protoevangelion of James, Joseph was an old widower with children when Mary was placed into his care on leaving the Temple, so she could live out her vow of virginity.

As for knowing her not “until” she’d borne a son, the Greek term needn’t indicate the end of an action. Scripture is replete with passages where it amplifies acts as ongoing — notably, Jesus’ promise: “Lo, I am with you always, even until the close of the age.” Will he no longer be with us when the age closes?

Reformers’ attacks on consecrated virginity have come full circle in the new, sexualized ethic of personhood — our modern paradigm for a humanity fulfilled — where to remain virgin is a kind of sad, existential death.

Unsurprisingly, many Christians now also reject the Virgin Birth. And since a sexually unfulfilled person is only half a person, why consign Jesus to this cross? Surely, he and Mary Magdalene must’ve had something going on. So the Gospel is hijacked . . . but Christians started it.

The burden of proof should be on innovators, not tradition. Going back to Jesus telling John, “Behold your Mother” (a huge taboo if Mary had other children to care for her), tradition has held her to be Mother of all Christians — unique Bride of God, who needs no earthly groom. 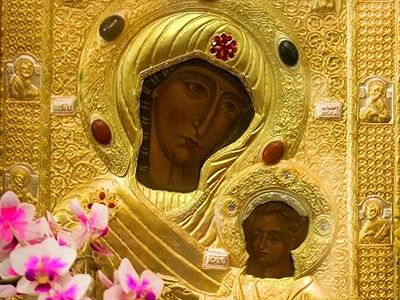 A miracle-working icon of the Holy Theotokos is discovered in Georgia And such speedy and wonderful miracles began to occur from it that the icon has already been given the names of “Quick to Hearken” and “Queen”. 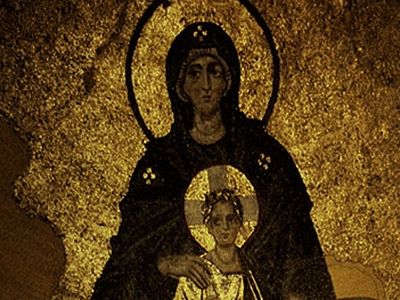 The Veneration of the Theotokos According to the Bible Archimandrite Cleopa (Ilie) We Orthodox Christians honor the Theotokos Mary more than all the saints and angels of heaven for she was found worthy to give birth to Christ, the Savior of the world by the overshadowing of the Holy Spirit. The honor we render to the Mother of the Lord is exceptional, most honorable and most revered, for she is not only "a friend of His,” as are the other saints, but she is Most Holy (Panagia) above all the saints and all the angels. 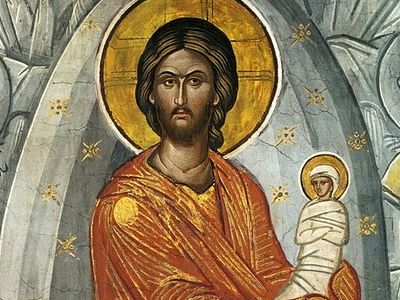 From: The Orthodox Veneration of Mary the Birthgiver of God St. John of Shanghai

From: The Orthodox Veneration of Mary the Birthgiver of God St. John of Shanghai The Apostles gave Her most pure body over to burial with sacred hymns, and on the third day they opened the tomb so as once more to venerate the remains of the Mother of God together with the Apostle Thomas, who had arrived then in Jerusalem. But they did not find the body in the tomb and in perplexity they returned to their own place; and then, during their meal, the Mother of God Herself appeared to them in the air, shining with heavenly light, and informed them that Her Son had glorified Her body also, and She, resurrected, stood before His Throne. At the same time She promised to be with them always.
Комментарии