The following is the text of a television program featuring His Holiness Patriarch Kirill of Moscow and All Russia, “The Pastor’s Word”. This installment was aired on October 8, 2016. 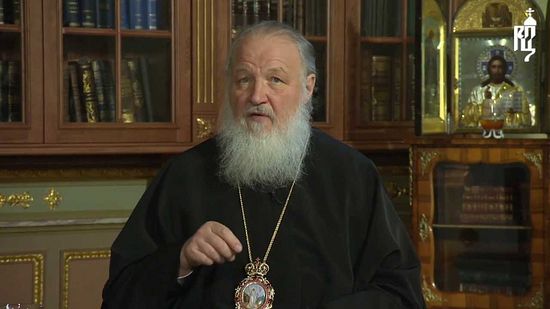 We have received this question: “Your Holiness! Today we see how all countries are rallying against Russia. Why? Are we really that bad? We are always making it our business to help, even to our own detriment, and instead of thanks we get hatred and contempt. Take Bulgaria for example—we were such close friends, and now that country is leading the campaign against Russia. That Poland would do it is understandable—our relationship with Poland has always been difficult. But Bulgaria? After all, we liberated them from the Turks, and so on. Will Russia withstand this?” Alexei Bogomolov from the town of Labinsk in the Krasnodar region asked this question.

I think it would be an exaggeration to say that other countries hate Russia, and it is certainly not true that the people of those countries hate Russia. I would say that to the contrary, Russia’s status is growing greatly, and this is often expressed in various actions, statements, and informal expressions of feelings by a huge number of people in the majority of countries on the planet Earth.

But as for the fact that today many have taken a position aimed at isolating Russia, limiting its influence in the world, and undermining its authority—it is obvious. I of course would not place Bulgaria first out of all countries on the planet with this position, and if we talk about the Bulgarian people, there is nothing of the sort. The absolute majority of them still have warm feelings for Russia, and gratitude to Russia for liberating them from Ottoman rule. Yes, and besides these historical remembrances is the experience of common life and common prayer—after all, the Bulgarian and Russian Churches are two fraternal Churches that have been and still are in very close interaction, cooperation, and united prayer. Therefore we mustn’t say that Bulgaria like many other countries is experiencing some sort of negative relationship to Russia.

However, the powers that be often take a position which, to put it mildly, does not correspond with Russia’s position; or it would be better to say that it is aimed at limiting Russia’s ability to perform on the international level. This proceeds from the following: In order to have an independent foreign policy a country has to be sovereign; that is, it cannot be dependent upon other countries. In Europe, the majority of countries, including Orthodox countries like Bulgaria and Romania, have entered the European Union. And entry into the E.U. presupposes a renunciation of a significant portion of sovereign rights. Bulgaria does not have the sovereign right to determine its foreign policy, because it submits it to the policy of the E. U. It is well known also that the policy of the European Union and that of the United States are in close cooperation. Therefore, we are talking about a manifestation of the political disposition of the United States and the European Union in relation to Russia. It is not my business to delve into an assessment of this whole reality now, but I want only to say that we undoubtedly have to deal with the policies of Western powers, aimed at limiting Russia’s possibilities, including those in the international arena, and at decreasing our Fatherland’s authority among other countries.

If you ask me why this is happening my answer will be very simple: Because Russia does not want to give away even a portion of its sovereignty to other countries. It conducts an independent policy, including in the international arena, and this policy is very warmly accepted by a huge number of people. We meet with this expression of sympathy in various areas. Sometimes people—ordinary people—are even afraid to speak openly about their sympathies, but these sympathies exist; Russia is not alone, and she has the support of many, many people. However, today we are in a very complicated situation, and if this is so, then we have to understand what price we would have to pay in order to make this situation radically change—we would have to give up our sovereignty, give up our independence, and submit to the stronger power; that is, submit to others.

Someone might say, “What is so bad about that? Let’s submit. People seem to live more comfortably there; maybe we’ll also live better.” This primitive, mundane approach to the matter is erroneous, because we are talking about not only technical or organizational issues—today the issues are much greater. We see what is happening in many Western countries. We see how human morality is disintegrating, how the laws are now in support of the most terrible manifestations of man’s sinful nature, how behind the slogan of defending human rights, sin is taking over. Becoming correct and good for countries that practice such domestic policy means renouncing what is most sacred and great to us—our spiritual traditions, which are rooted in the Gospel in the Christian faith, and which have formed the spiritual image of our people so strongly that no revolutions or upheavals could wipe out this natural morality in our people.

This does not mean that we are all good; there are also many bad. It doesn’t mean that all is well here; there is much that needs correction. But the moral, spiritual values that we received from our ancestors and which we preserve today are the key to our victory; because life in accordance with God’s law is life; but a life that disdains God’s law is not life. By choosing faithfulness to our traditions we choose life. We believe that many understand this already today, and the thought does not leave me that they will understand this even better in the near future.

We have received another question, from Nina Vasilievna Prokhorova, Krasnodar: “There is an opinion—I don’t know where it came from—that all of Russia’s problems stem from it making the wrong choice of religions and receiving Orthodoxy. This has affected the long-term character of our people and the country’s internal relations, which now hinders Russia from entering the common European family and uniting with the civilized countries.”

And yet another question that resonates with the previous one was asked by viewer Valentina Nicholaevna Bednova from Kamensk-Uralsky in Sverdlov province: “It sometimes seems to me, your Holiness, that the Church is the only barrier against the pressure of general decay and degradation; it is truly the “pillar and ground of truth” (1 Tim. 3:15). Why then do most, if not the majority of the people not want to understand this? Or perhaps they feel fine, and don’t perceive any sort of degradation?”

I will try to answer these complicated questions, based on Holy Scripture. Let’s talk about our religious and civilizational choice and of the Church’s role in forming the character traits of our people. It must never be thought that Prince Vladimir was mistaken in his choice. First, because the Church was then generally united and there was no actual division between East and West at the time. Therefore, Prince Vladimir chose the Christian faith and through Baptism entered into the one Ecumenical Orthodox Church. Later occurred the division into Eastern and Western Christianity, and the entire remainder of Russian life, the fate of the Russian people was, of course, bound up with the Eastern Orthodox tradition.

And now comes the most important question: Is this good for our people, or perhaps it really was a mistake? The answer is simple. The Orthodox Church infallibly preserves the faith that the Ecumenical Christian Church received from our Lord and Savior Himself through the holy apostles. You can relate to the Orthodox Church as you like, but no one can refute the fact that for 2000 years the Church has preserved everything that the first Christians were taught, everything that was passed down from generation to generation, from one bishop to the next. For 2000 years the very same faith has been preserved that was taught to the first Christians. That is, we possess—the Church possesses—divine truth.

And now let’s think about this: If divine truth is eternal and immutable, but the world changes, then perhaps the question should be put another way—where is the world, which is departing further and further from this divine truth, going? The second question very precisely formulates this thought. The Church is the pillar and ground of truth; and if much is going to hell, if the human personality is disintegrating, if the moral foundations of human existence are being destroyed, but the Church preserves its witness, then of course for many who disagree with us the Church appears as a restraining, conservative power that does not comply with modern developments. But divine revelation teaches us that the Church is the pillar and ground of truth. This says everything; and if some people distance themselves from this divine truth then it is the problem of those who refuse the truth, and not the Church’s problem. Our task consists in having man’s moral state correspond to God’s design for man, and this design of God’s is transmitted through the teaching of the Orthodox Church.

I will end our program with this. May God’s blessing be with you all. 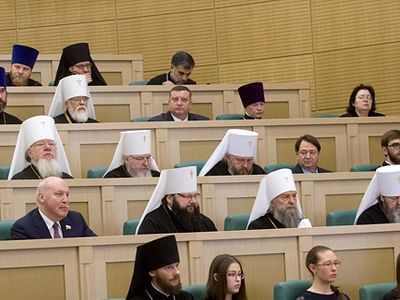 Patriarch Kirill: "Morality does not come from man, it is given from above"

Patriarch Kirill: "Morality does not come from man, it is given from above"
"We are turning, even, perhaps without realizing it, from the fact that there is a moral consensus among the sons and daughters of the human race. And this moral consensus is determined by the voice of human conscience. And righteousness grows on this," the primate of the Russian Orthodox Church said. 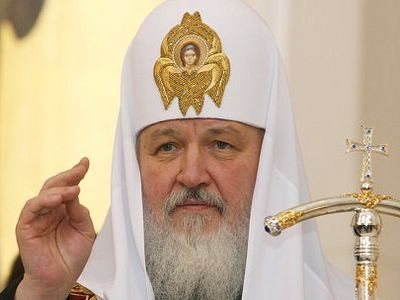 Russia can save the world from the supremacy of evil, if it revives its spiritual strength - Patriarch Kirill

Russia can save the world from the supremacy of evil, if it revives its spiritual strength - Patriarch Kirill
According to him, mass media wins over the Church in a struggle for human souls 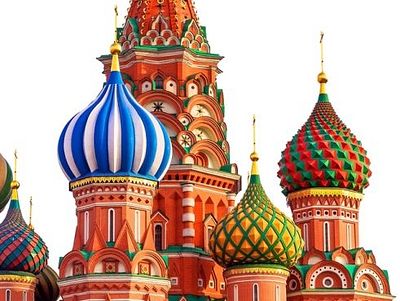 Christ and Russia: Newsweek offers only a partial picture of a religious trend

Christ and Russia: Newsweek offers only a partial picture of a religious trend
Terry Mattingly
"Russian Communists are turning to Christ," Newsweek trumpets, as if the magazine discovered the wheel. It almost deserves one of our "Got News?" logos.
Комментарии

Georgiane Berich23 октября 2016, 16:00
Thank you for posting this translation. I truly appreciate Patriarch Kirill's insightful teachings. As your Orthodox brethren and member of the Serbian Orthodox Church, I wholeheartedly thank you, the editors and staff of Pravoslavie, for your ongoing efforts in maintaining this wonderful website. Your sister in Christ, Georgiane Berich