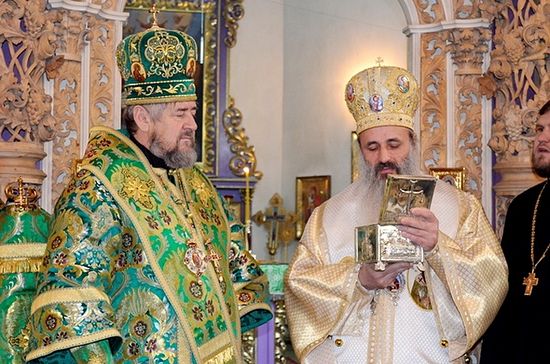 On the feast day of Venerable Paisius Velichkovsky (1722-1794), Theophan, Archbishop of Iasi and Metropolitan of Moldova and Bukovina (the Romanian Orthodox Church), brought a particle of the saint’s relics as a gift to the city of Poltava, reports the official website of the Poltava Diocese of the UOC-MP.

On November 28 Metropolitan Philip of Poltava and Myrhorod celebrated the Divine Liturgy at the Convent of the Exaltation of the Holy Cross in the city of Poltava with Metropolitan Theophan of Moldova and Bukovina concelebrating.

During the service a prayer for peace in Ukraine was offered up. Over 1000 pilgrims prayed at the Liturgy.

Secretary of the UOC-MP’s Poltava Diocese Archpriest Mikhail Voloshchuk delivered a sermon to the worshippers, recounting for them the life of Venerable Paisius. 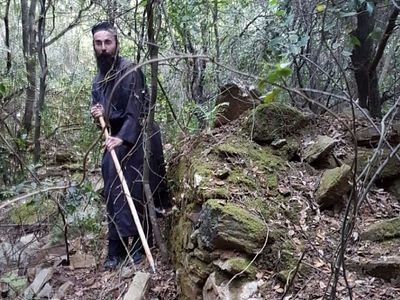 Kellia of Equals-to-the-Apostles Constantine and Helen where Venerable Paisius Velichkovsky took monastic vows found on Athos
"Many centuries ago our fellow countryman Paisius Velichkovsky, who made a great contribution to the history of all Orthodoxy, precisely at this spot received his monastic tonsure and assimilated himself into the angelic life."
Комментарии