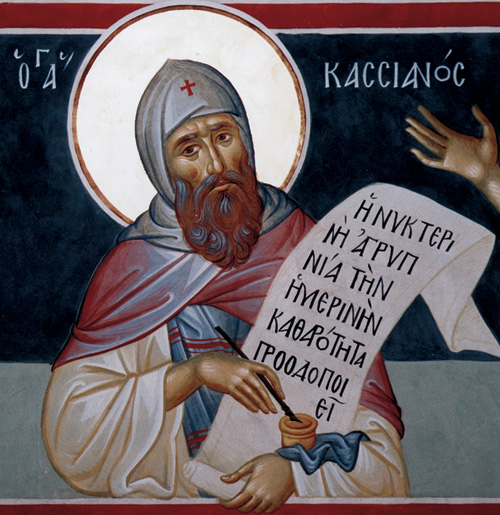 This ascetic’s fate is unusual. We are accustomed to his works being studied amongst the other works of the Latin Fathers of the Church. We call him “the Roman,” although in antiquity he was called “the Scythian.” He labored much in the Christian West, although of crucial importance for him was the Christian East, including the monasteries of Egypt and the Holy Land. Therefore, he can be called an Eastern Father who wrote in the West and in Latin.

In the Christian East he is recognized as a saint, but in the West they consider him a Semi-Pelagian. There was a heresy, Pelagianism, which St. Augustine of Hippo, the most famous theologian, fought against. The dispute was about salvation.

The subject of the Pelagian debates is complex, and I am obliged to present it in a highly-simplified form. What power saves a man? Pelagius placed man’s effort at the forefront, diminishing the role of God’s power. Pelagius believed that God’s acts give man an inspirational example for correcting his life, beyond which nothing more is needed. St. Augustine was a stranger to such an underestimation of sin, understanding that sinfulness limits our possibilities, causing our will to waver. St. Augustine placed the saving power of God at the forefront, but underestimated the importance of human effort in the work of salvation.

Thus, the positions of Pelagius and St. Augustine were opposed; they are at opposite extremes. Besides these extreme positions during the Pelagian controversy, a moderate position was delineated, as expressed by the Roman-Scythian himself, St. John Cassian. This middle position diminished neither the value of God’s work nor of human efforts, showing that the work of salvation is completed by God and man—together.

St. John Cassian expressed not simply his own theological opinion, but gave voice to the experience of the hesychastic monks’ ascetical experience of synergy. Striving for their own salvation, the hesychasts saw and understood that asceticism is salvific then and only then when two powers are at work within it in harmony—the Divine and the human. God and man are co-workers in the cause of salvation; their synergy leads sinners into the Heavenly Kingdom.

Thus, St. John Cassian simply expounded the dogma of synergy. This teaching was not born from idle speculation, but in desert asceticism. Here is a small quote from St. John, so we can feel the full spiritual beauty and exactness of his argument on salvation: “Both the grace of God and our free will participate in the work of salvation … although man can at times of himself seek for virtues, he is ever in need of God’s aid to fulfill this desire, just as for the sick the desire alone to be healthy is inadequate, but it is necessary that God, the giver of life, give strength for health” (Conferences 13.9).

Sin must not be underestimated. Sin is like a serious illness which man himself is unable to manage. If he will understand that he is sick with sin, he will actively seek the help of God, to recover and live in God forever. The Lord responds with grace to such a desire from a sinful man, healing his sinful passion, supporting him in his virtuous acts, and giving him new life.

St. John Cassian’s testimony of the synergy of God and man is the word of a saint, not a half-heretic. 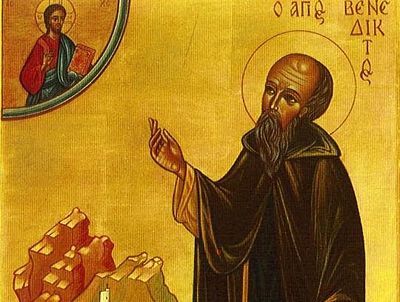 St. Benedict of Nursia, Founder of Western Monasticism
Commemorated March 14/27
St. Gregory the Dialogist
For three years the saint waged a harsh struggle with temptations and conquered them. People soon began to gather to him, thirsting to live under his guidance. The number of disciples grew so much, that the saint divided them into twelve communities. Each community was comprised of twelve monks and was a separate skete. 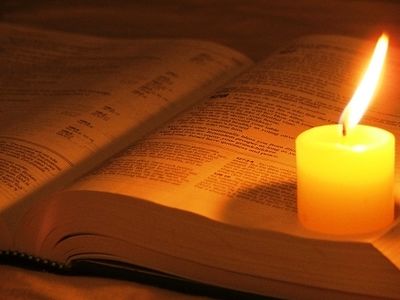 The Orthodox Teaching on Personal Salvation
Chapter 1
Deacon Victor E. Klimenko, Ph.D
Why do we call Christ “the Savior”? Likewise, we can also ask: what is salvation? Salvation from what? If we are talking about salvation, someone must be in danger. The answers that the Orthodox Church gives to these questions are tied to the Orthodox teaching about the “original sin” and its consequences. "The doctrine of original sin has great significance in the Christian world-view, because upon it rests a whole series of other dogmas.”

The Church of the Gauls. Part 1
Monk Nicodemus
The Gallic Church had its beginnings in the first century. Western tradition holds that Gaul (France) was initially evangelized and baptized by St. Mary Magdalene, St. Lazarus the Four-DaysDead, and his sisters Sts.Mary andMartha. On the basis of St. Paul’s second Epistle to Timothy, several historians have thought that the Apostle Crescens, an envoy of St. Paul, labored in Gaul. Some also think that St. Paul stopped in Gaul on his way to Spain. In any event, Christianity penetrated into southern Gaul at an early date, specifically into Provence and the Rhone Valley — areas that had a strong presence of Greek minorities hailing from Asia Minor, Phrygia and Syria.
Комментарии

Tom21 марта 2017, 18:00
"In the Christian East he is recognized as a saint, but in the West they consider him a Semi-Pelagian." With all due respect, St. John Cassian is recognized as a saint in the Roman Catholic Church, the Anglican Communion, and a number of other protestant denominations. His feast day is July 23. He is not on the General Roman Calendar, but then again, neither are most saints. I have never read any source (Western or otherwise) condemn him as a "half-heretic." Who are these supposed scholars?
×